The US president and the first lady have tested positive for COVID-19 after a senior aide was found to have the virus. The diagnosis has thrown Trump's reelection campaign into turmoil, a month before the US votes.

For the latest reaction to Donald Trump testing positive for COVID-19, follow our live updates here.

US President Donald Trump  and the first lady tested positive for coronavirus Thursday.

Trump tweeted that he and his wife Melania would begin their "recovery process immediately" and "get through this together."

The Trumps had entered quarantine earlier in the day after senior aide Hope Hicks had also tested positive.

She spent a substantial amount of time in close proximity with Trump this week, including traveling with him to a campaign rally on Wednesday, the Associated Press reported, citing an administration official.

She also traveled with Trump several other days this week, including on board the presidential helicopter Marine One as well as on Air Force One. 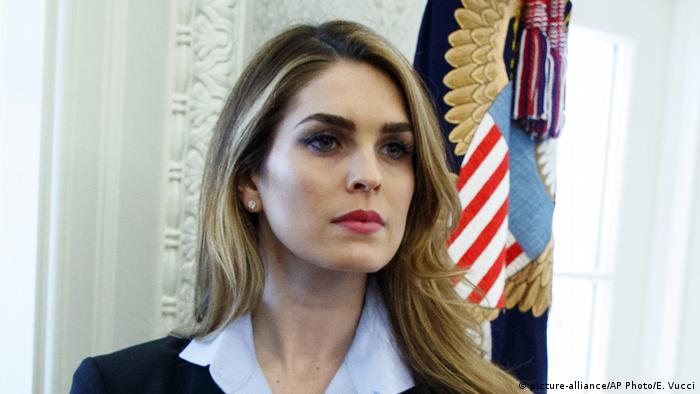 Minutes after Trump tweeted his positive test result, the White House physician said the president was "well" and would continue to perform his duties "without disruption" while quarantining along with the first lady.

Dr. Sean Conley said the pair plans to "remain home at the White House during their convalescence."

At 74 and obese, Trump is at a higher risk of developing severe complications from COVID-19.

While most people have only mild symptoms, some older people — usually those with other medical complications — develop more severe symptoms, including pneumonia, which can be fatal.

What now for election campaigning?

Trump becomes the highest-profile world leader to contract the virus, just a month before he seeks a second term in the White House.

The diagnosis is a major setback for his reelection plan as he continues to trail his Democratic rival Joe Biden in the polls.

Immediately, the White House canceled plans for the president to attend a campaign fundraiser and to fly to Florida for a rally later Friday.

Trump will almost certainly have to cancel a trip scheduled for this weekend in Wisconsin, another election battleground.

Plans to travel to western US states next week on the campaign trail also look set to be called off.

First Lady Melania Trump acknowledged on Twitter that the pair had "postponed all upcoming engagements."

But her Chief of Staff Stephanie Grisham wrote that "nothing" would stop the pair from "fighting for the American people."

It wasn't immediately unclear whether Trump would be fit for the second presidential debate on October 15.

If Trump were unable to do his job — even due to a short illness — the 25th Amendment to the United States Constitution allows the vice president becomes the president.

US Vice President Mike Pence wrote on Twitter that he and his wife Karen were sending "love and prayers to our dear friends," before adding: "We join millions across America praying for their full and swift recovery."

President of the European Council Charles Michel tweeted to wish the pair a "speedy recovery."

He said "#COVID19 is a battle we all continue to fight. Everyday. No matter where we live."

While China has yet to formally comment, Hu Xijin, Editor in Chief of China's Global Times, tweeted: "President Trump and the first lady have paid the price for his gamble to play down the COVID-19. The news shows the severity of the US' pandemic situation. It will impose a negative impact on the image of Trump and the US, and may also
negatively affect his reelection."

Jörge Krämer, a financial analyst at Germany's Commerzbank, said the diagnosis could even help the president's reelection chances.

"If Trump does not develop serious symptoms, he could present himself as a strong man and benefit from it like Brazilian President Bolsonaro. If, on the other hand, he becomes seriously ill,
it should be difficult for him to catch up with Joe Biden."

Naoya Oshikubo, economist at Sumitomo Mitsui Trust, said the positive test result was another kick in the teeth for Trump after he failed to narrow a poll gap after the first televised debate.

"I suspect markets will tend to believe that Biden is likely to win the election."

After several earlier positive cases close to the president, the White House began conducting daily tests for Trump's senior aides and anyone else in close proximity with the president or vice president Mike Pence — including reporters.

The virus has killed over 205,000 people in the United States, making it the world's highest death toll. Over 7.2 million people in the US have been infected with the virus so far.

Trump has been criticized for his response to the pandemic, including playing down the threat and refusing to abide by public health guidelines — including wearing masks.

British Prime Minister Boris Johnson spent a week in the hospital, including three nights in intensive care, where he was given oxygen and watched around the clock by medical workers.

Earlier in the year, German Chancellor Angela Merkel self-isolated after a doctor who gave her a vaccination tested positive for the virus.

Only one in six people surveyed across a dozen countries said they have a positive view of the US, in part because of its response to the pandemic. In Germany, respondents held particularly negative views of the US.