Once the "Manhattan of the Midwest," Youngstown has been hit hard by the decline of the US steel industry. But hope is returning and some say it's because of their man in the White House. Lars Gesing reports from Ohio. 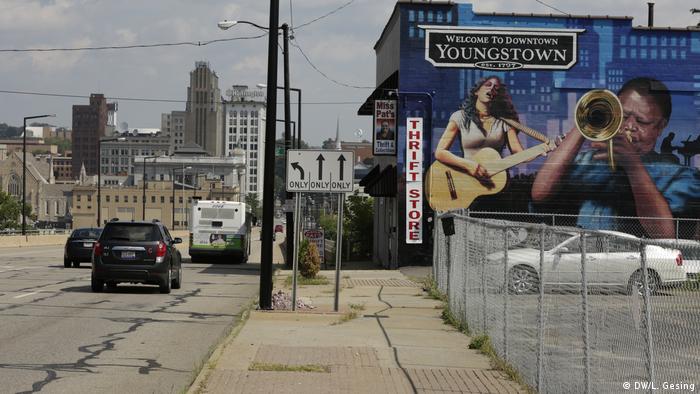 In this region traumatized by a decades-long beat-down from harsh economic realities mostly beyond its power, a new generation is fighting to build a prosperous future. But the hum of a poignant song still resonates around the Mahoning Valley.

"Well my daddy come on the Ohio works, when he come home from World War Two, now the yard's just scrap and rubble, he said, 'Them big boys did what Hitler couldn't do.'"

So sings Bruce Springsteen in his ballad "Youngstown." A tribute to the declining steel industry here, it gives voice to decades of bubbling frustration. Youngstowners had been listening to The Boss's serenade for 21 years when, in 2016, they found a new voice that needed just four words: Make America Great Again.

The town of Youngstown and the Mahoning Valley, also known as the Steel Valley, remain at the center of understanding the ascendance of Donald Trump. Traditionally a Democratic stronghold with a large union presence in the mills that once were the backbone of America's industrial might, steel's decline in the second half of the 20th century painfully disrupted the illusion of everlasting economic security and riches. 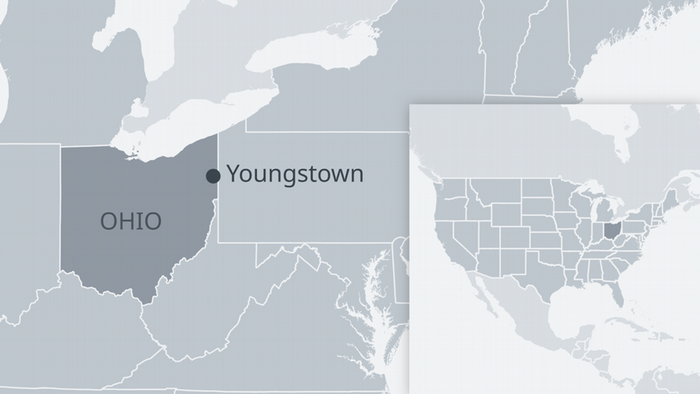 The political post-mortem of the 2016 presidential election quickly determined that widespread poverty, distress and a yearning for the days of yore had driven the citizens of the Rust Belt into the comforting embrace of Donald Trump's populist illusion of a once-again mighty steel industry.

So, two years later, has hecast his magic wand and made Youngstown great again?

"Has President Trump's hand come down and laid its blessings only on the Mahoning Valley?" asked Tracey Winbush, president of the Ohio Black Republicans Association. "No. But that is not what the president is supposed to do, either."

A weekday conservative talk radio host on the local Christian station WHKZ AM 1440 and an avid supporter of the president, Winbush believes that last year's tax reform, a soaring stock market and rampant deregulation have created a more investment-friendly environment. "Right now, we are just working. People have confidence. And when people have confidence, they spend. And when they spend, they invest." 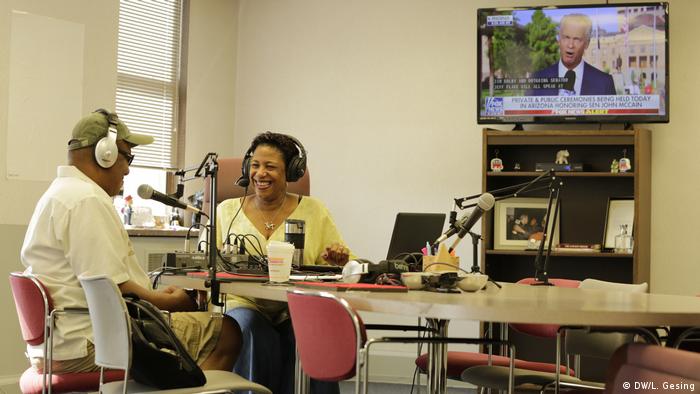 Sure enough, there are those who first and foremost hail to the chief in the White House for the real economic recovery that is starting to trickle down from Wall Street to Main Street.

Bill Strimbu, a third-generation president of a local trucking family business, said he's been waiting all his life for someone like Donald Trump. When Congress reformed the tax code last year and saved Strimbu tens of thousands of personal and corporate tax dollars, the son of Romanian immigrants said he immediately turned around and paid it forward, giving his 100 drivers up to a $4000 (€3,420) raise. He's borderline ecstatic about how things are going in the Mahoning Valley.

"I have two challenges right now," he said. "One is when we order new equipment for our company, the order bumps are so far out we can't get new trucks fast enough. And the second challenge is we can't find enough workers to fill our jobs." 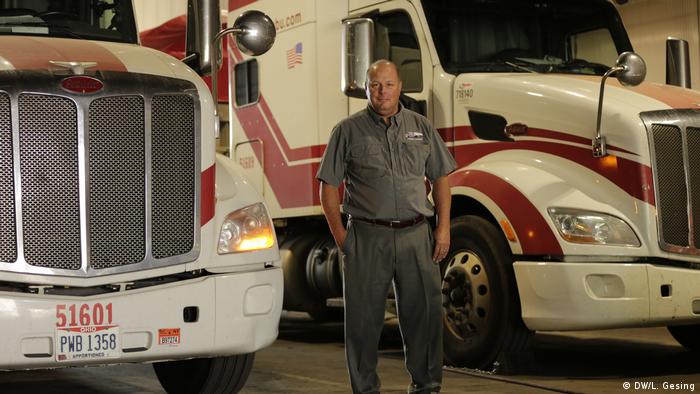 A look at official numbers from the Census Bureau and the Bureau of Labor Statistics shows that general freight trucking prices have indeed risen more than 8 percent nationwide. And prices for primary metal manufacturing, still a staple in the region, have been going up even faster, by more than 12 percent.

And yet, the roughly $42,000 median household income in Mahoning County lies $10,000 below the average for even the rest of the state of Ohio — and far below what a good-paying union job in the mills used to yield. Almost one in five in and around Youngstown still live in poverty. And then there is the fact that in the last half century, the the city of Youngstown alone has lost almost two-thirds of its population.

But after decades of economic trends such as automation and globalization, any positive shifts in the investment climate here are cheered on without pause. After all, the citizens of Rust Belt country are an extremely proud people. And while pride alone may not provide for hungry mouths, it is a forceful engine on the gradual road to recovery, reinvention and reemergence.

Nowhere is that mantra truer than at the Regional Chamber, an economic development organization for the area, located just a few miles up the road from Youngstown, in Warren.

Chief Operating Officer Sarah Boyarko and her band of economic promoters face the monumental task of being the region's economic cheerleader-in-chief.

They point to the $2.1 billion investment portfolio the Chamber currently manages — way surpassing volumes of years past. Even better, Boyarko said, all that money is flowing into a diversifying industrial sector. She mentioned a variety of new distribution centers and investments from the oil and gas industries. "We are constantly hearing folks say that manufacturing is dead or it is not as significant, and that is simply not true. People are making products here."

And yet despite the all-too-common narrative of unemployment and despair, there are more than 18,000 available jobs in the Mahoning Valley. 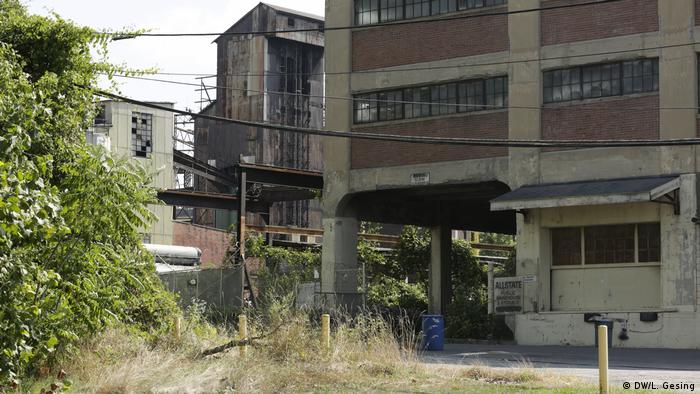 "Sometimes we are our own worst enemies," Boyarko said. "We go places where people will say, 'My child had to leave because there are no jobs here.'"

The chamber is working with a local TV station to promote open jobs. But, just like in other economically depressed areas around the country, telling people that in a diversifying and increasingly specialized economy they need to switch careers — and often take an accompanying pay cut — isn't particularly popular.

Or, as Springsteen put it in Youngstown, "The story's always the same, seven-hundred tons of metal a day, now sir you tell me the world's changed."

What does Youngstown need?

On a recent, gloomy Friday morning, Tracey Winbush opens her hour-long radio show with a 10-minute, Christ-infused sermon about economic policy from her modest office chair doubling as the holy radio pulpit.

Winbush brings up the Opportunity Zones program, a provision within last year's tax reform package aimed at ushering in money to poorer neighborhoods across the country. The gist: Investors receive tax breaks on income they pour into these funds for businesses that locate within the designated areas.

"We have the money here," Winbush said. "The question is, what is the incentive of taking the money that is sitting somewhere and investing it into new innovative ideas? If people with money don't invest into those companies and those ideas, you never get anything." Prominently presented on a window sill in Winbush's makeshift radio studio is a copy of Sun Tzu's "The Art of War."

"It's how the game is played — it's the story of strategies," she said, laughing, only to turn serious moments later. "I believe this is a good philosophy. Planning is important. You need to know what your end is."

Does Youngstown have a plan? "No," Winbush chuckled. "But it's working on one."

US economic numbers are good, but are they sustainable?

The US economy is in excellent health. Unemployment is very low while consumer and business confidence is at record highs. Is Donald Trump a miracle worker, or is a darker vista waiting over the horizon? (19.06.2018)