Many thought it impossible, but Donald Trump has been elected as the 45th President of the America. A man, who is said to have broken every rule of common decency, will move into the White House. 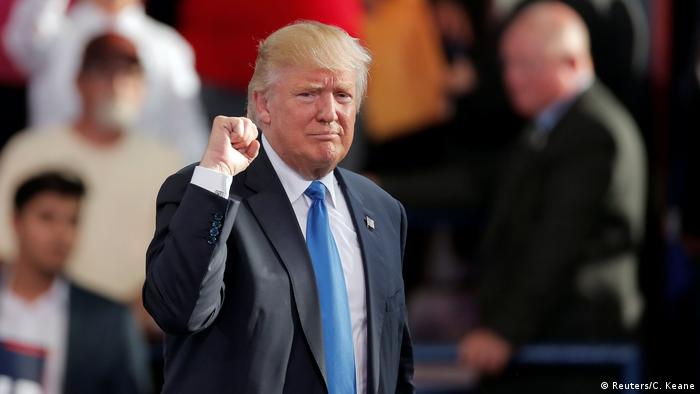 He’s a man who’s said to break every taboo, every rule of common decency; a man who millions of viewers have watched offend women, Mexicans, the handicapped, and Muslims. Donald Trump is in power, and the leadership of his Republican Party is in turmoil. Who is this man who claims he’ll make America great again? Trump channels the rage and fears of the white middle class. No matter how extreme his views are, he appeals to those in the country who fear being left behind by the rapid changes taking place in the country. Renowned social psychologist Sheldon Solomon describes the Trump phenomenon as follows: "For the people who are against Trump, he’s just a monstrous clown. He is a vulgar, sadistic, vindictive, egomaniacal, racist, xenophobic, misogynistic, twittering Mussolini. Yet for his supporters, he is a heroic, savvy businessman who is unbeholden to special interest, and doesn’t care about being politically correct, and they are just taken and enthralled by his promise to make America great again.” It remains to be seen whether Donald Trump can convince opponents that he’s no creepy clown.