Germany's federal interior minister has presented "guidelines for a strong state in difficult times." Some aspects already exist; others are doomed to fail in the face of constitutional reality. 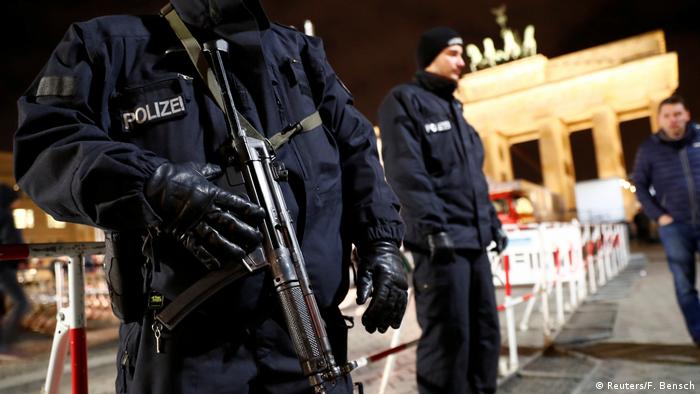 How safe is Germany? The sense of threat has grown palpable following the terror attack at Berlin's Christmas market. That is reflected in opinion polls and the increasingly heated debates that have taken place in the wake of the attack. One question plays a central role in both instances: Was the murder of 12 people by a suspected Islamic terrorist made easier by laws that were supposedly too soft and a state security apparatus that was insufficiently organized? Federal Minister of the Interior Thomas de Maiziere, generally considered to be measured and sober, thinks Germany needs to "better" prepare itself for trying times.

That is how the interior minister, a member of Chancellor Angela Merkel's conservative Christian Democratic Union (CDU), expressed himself in an article published under his name in Tuesday's "Frankfurter Allgemeine Zeitung" (FAZ), a German national newspaper. De Maiziere examines national as well as European security structures in the article, and concludes: reforms are "required." The core of his analysis calls for expanded federal responsibilities, which will demand that states relinquish some of theirs. Formulations such as "centrally operative crisis management" or "control competence over all security agencies" appear throughout the article.

Most measures called for prior to Berlin

However, the recent terror attack, the most serious in Germany in over 35 years, did not prompt de Maiziere's considerations, it simply gave him a reason to group them together into a kind of list of demands. The interior minister writes that he himself had proposed most of the changes "prior to the attack." The demands affect all authorities and areas of government concerned with defense against the threat of terror: Namely, the police and the Office for the Protection of the Constitution (BfV), Germany's domestic intelligence agency - but also, as the minister sees it, the army. The international scope of the problem, he says, touches on the need to secure Europe's external borders, as well as the global dimensions of the right to asylum. 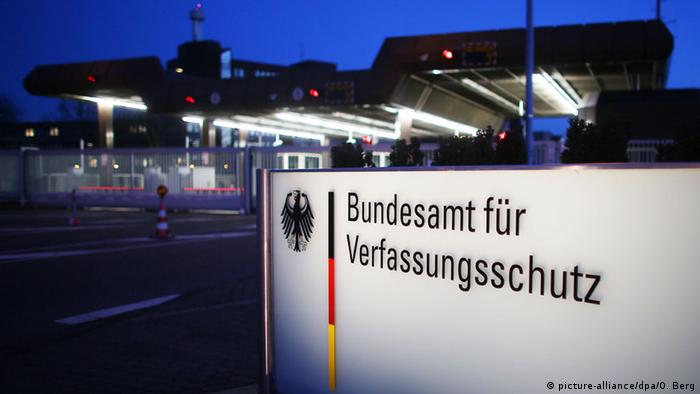 Can the BfV office in Cologne become a central location for the entire country?

De Maiziere envisions turning over protection of the constitution entirely to the federal government. That would require the dissolution of the agency's 16 state offices. His rationale: No one intent upon attacking the constitution is interested in destroying governmental order "in one state alone." Though this sounds plausible as a concept, it could turn out to be too complicated to be put into practice. Domestic security services are charged with more than simply defending against terror threats, they must also identify right-wing and left-wing extremist threats, and spy activities as well. Altogether, the tasks are as complex as they are regionally diverse, making it potentially impossible for the interior minister's state counterparts to effectively help him.

Less likely still is an enhanced domestic role for the army. It is responsible for defending the country in times of war and may only be deployed domestically in exceptional cases. The army has been deployed, for instance, during natural catastrophes such as floods. In his FAZ article, de Maiziere expressly praised the fact that, "the army has been a recognized partner in disaster control for decades." 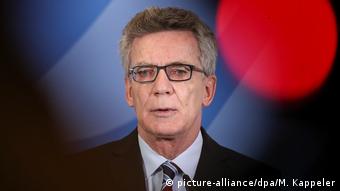 But the minister wants more. When police are stretched to capacity, he says, soldiers should be able to be deployed to fulfill tasks such as "armed property protection." That would mean changing the constitution, something that requires a two-thirds vote in both the lower and upper houses of parliament.

De Maiziere also wants more responsibilities for Germany's federal police force, "which is currently limited to protecting train stations, airports and national borders." Federal police most recently demonstrated the ability to work alongside colleagues at the state level during New Year's Eve deployments in major cities like Cologne and Berlin. Ministry of interior spokesman Johannes Dimroth spoke of this on Monday, saying that it had become a "lived matter of fact" that the interface of state and federal responsibilities can only function if there is "good cooperation."

A 'mass-influx mechanism' for the refugee crisis

Still, de Maiziere wants even more. He is calling for "central tracking and investigation responsibilities" for the federal police, to enable the "rigorous determination of illegal residency in Germany." At first glance, this appears to be the wish with the most support. It takes aim at refugees and those denied asylum. Many such people move around or disappear completely, like suspected Berlin attacker Anis Amri. Therefore, the interior minister is asking for "supplementary enforcement jurisdiction for residency termination." In other words: Deportations are to be organized and carried out by the federal government and not the states. 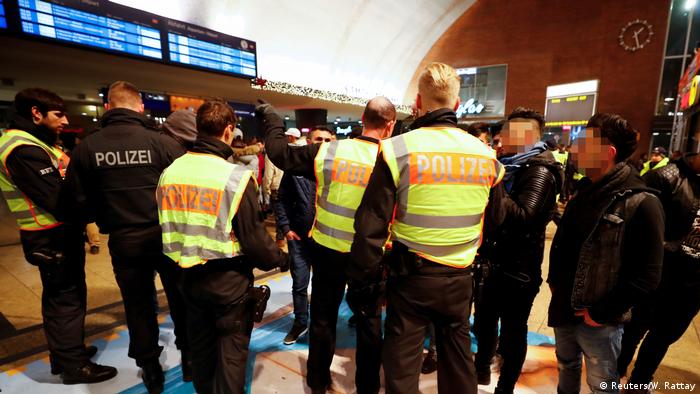 De Maiziere's wish list is long, and he knows how difficult it will be to get just one of these measures passed in Germany. Something that will make it more difficult still is the need for European coordination. De Maiziere pointed to the introduction of an Entry/Exit System (EES), currently being fine-tuned in the European Union, as a positive example. But he thinks the system should be expanded so that it will eventually be "capable of truly recording all movement across the external borders." In light of the large number of refugees arriving in Europe, de Maiziere is making the case for a "real mass-influx mechanism." Although he himself is doubtful about the EU's ability to strike refugee agreements similar to that signed with Turkey with other countries, in particular with some North African states.

What is a 'safe third country?'

According to de Maiziere, the touchiest aspect in all this will be the EU's asylum process guidelines. These contain certain criteria that so-called "safe third states" must fulfill. In his FAZ article, the interior minister wrote that he understands that to mean, "humane and safe conditions of admission" must be guaranteed. Nevertheless, interpretation of the issue is something that has been dividing opinions in Germany and Europe for years, and it is unlikely that anything will change in that regard any time soon. For Europe remains disunited and Germany will be voting on a new government this fall. De Maiziere's proposals must, of course, be considered against this backdrop as well. Two weeks after the Christmas market attack in Berlin, it is more important than ever to display strength and determination when it comes to domestic security.

A day after the suspect in the Berlin Christmas market attack was shot dead in Milan, German officials are debating the aftermath. Potential police failures are being examined closely. (24.12.2016)