Doingyourbit: A man's mission to bring African eco ideas to the world

Community activist Joshua Konkankoh wants to bring green, sustainable development to Cameroon and the world. His starting point? An ecovillage in the rural area he grew up in that wants to connect people to their roots.

When Joshua Konkankoh moved from his village to the big city, he felt "dismay" and rootlessness. The sense of community and continuity that had pervaded his childhood in rural Cameroon was lacking in the anonymous capital Yaoundé.

"Wisdom was handed down from the elders and through customs. Life in the village was about solidarity - sitting around a fire in the evenings and telling stories," Konkankoh recalled. "I carried this with me to the city when I went to university, only to find this absent. People were more individualistic … I found no values of culture enabling young people to follow in the footsteps of their ancestors."

He saw himself as a misfit but soon realized others were yearning to reconnect with their roots. These were mainly young people who brought traditional skills from their own villages and were now living in the slums of the capital, dealing with floods, mosquitoes and the waste washed down from the hills where the rich dwell, Konkankoh said.

So he decided to create a community based around what he had grown up with: farming with indigenous knowledge, respect for nature and a spirit of community development. A community garden in the slums of the capital was born.

"The young people who identified with this started coming together and creating a space where they could actually develop their own pathway," Konkankoh told DW. "From this concept of living off the land and the rite of passage, they were actually saying that a better world is possible in a slum in the city."

'We don't want to lose our young people'

The environmental and community activism Konkankoh engaged in during his studies in Yaoundé stayed with him while he worked for Cameroon's social security department. As part of his job he traveled the country and saw firsthand the effects of the economic crisis on young people who weren't able to find jobs. He also witnessed a breakdown in traditional African systems of farming and indigenous knowledge. 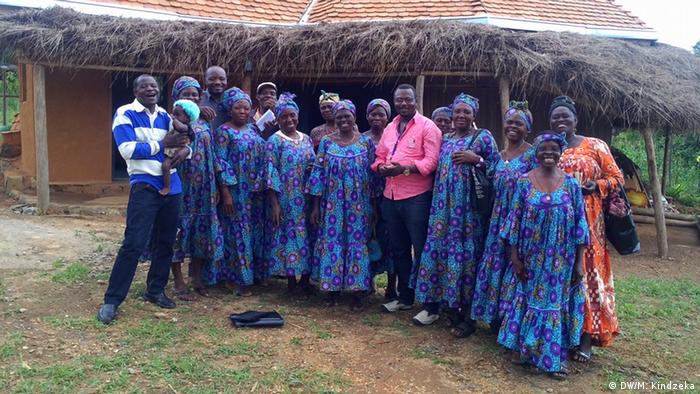 Women trained in permaculture at the Bafut ecovillage. Konkankoh is first from the left

Growing frustrated, he quit his job in 2004 to focus on Better World Cameroon, the NGO he had created eight years earlier to promote sustainability, and to devote himself to community development.

After stints abroad in the United Kingdom and Germany, Konkankoh decided to create his country's first ecovillage in his childhood home of Bafut, northwest Cameroon some 400 kilometers (248.5 miles) from the capital.

Bafut ecovillage aims to create sustainable development with an emphasis on the "African way." Because, believes, Konkankoh, "the top down model of the West had shown its limits in Africa, whether it be with the World Bank or international aid."

"Our goal was to combine science and indigenous knowledge to come up with an adaptive system. The eco village is consciously designed through locally-owned participatory processes and this is a grassroots, bottom-up system that we are designing for Africa that takes in the beliefs of people, their values, their ethics," he added.

Bafut is designed to run from 2015 to 2020 with a focus on creating social entrepreneurship and empowering youth and women. Young people because they have fresh ideas and need more opportunities at home.

"Africans don't want to lose their young people to the West because we also need them. They are the ones who still have the energy to be able to think into the future and create a better world also in Africa," said Konkankoh.

Women are central to the project because they are the ones who "farm, take care of the families and are the custodians of values in the African cultural context," adds the environmentalist.

The concept of permaculture with a local twist forms the basis for the activist's approach at Bafut. Permaculture is somewhat difficult to define but it basically means designing agricultural ecosystems that are in harmony with and have the resilience of natural ecosystems. In the case of Bafut, that means intercropping, using local building materials, cultivating traditional medicinal plants and using natural fertilizer. 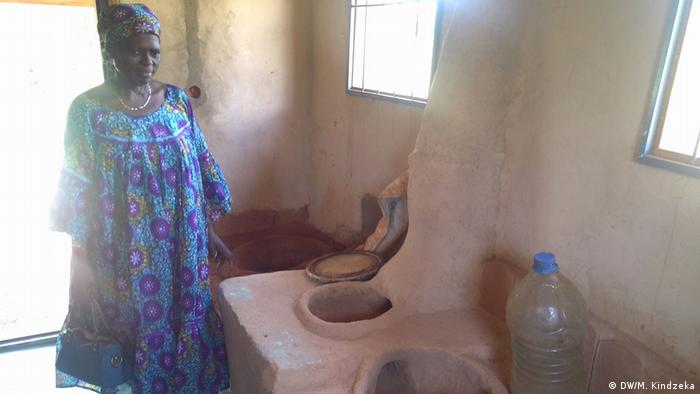 At the Bafut ecovillage, the women use traditional ovens that use less wood when cooking

These are all traditional, local practices that need to be promoted, says Konkankoh.

Locals also once exchanged seeds through a local solidarity system and used local seed banks with native seeds that they adapted to the land. But Konkankoh said government corruption and corporations eliminated these, forcing farmers to go to the cities and buy seed that had to be used with fertilizer and pesticides.

"We have our own systems of thinking, which were completely eroded during the colonial era and they were completely undermined by the economic structures of today and that's why Africa has become so vulnerable," added Konkankoh

Still, Konkankoh points out that modern science has an important place but it has to be the right kind of science. He adds that international NGOs have their place too, as does working across geographic boundaries. His motto for the Bafut ecovillage is: "think locally and act globally," because "good solutions can come from anywhere."