Dogs can sniff out COVID-19 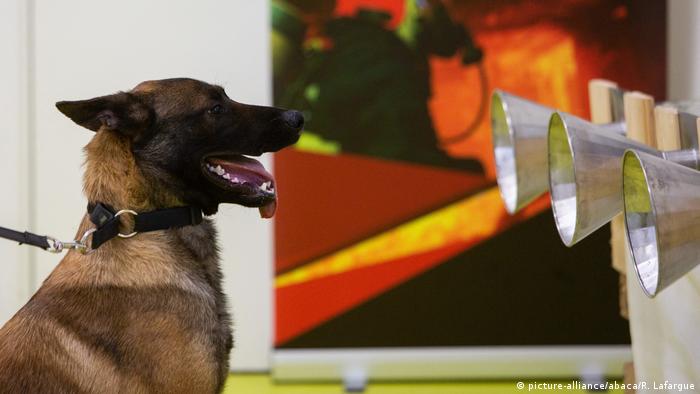 Dog on leash in front of three funnel-shaped scent containers

In a pilot study at the University of Helsinki, dogs trained as medical diagnostic assistants were taught to recognize the previously unknown odor signature of the COVID-19 disease caused by the novel coronavirus. And they learned with astonishing success: After only a few weeks, the first dogs were able to accurately distinguish urine samples from COVID-19 patients from urine samples of healthy individuals.

"We have solid experience in training disease-related scent detection dogs. It was fantastic to see how fast the dogs took to the new smell," says DogRisk group leader Anna Hielm-Björkman. After only a short time, the animals identified the urine of people infected by the novel coronavirus, known as  SARS-CoV-2, almost as reliably as a standard PCR test.

The Finnish scientists are now preparing a randomized, double-blind study in which the dogs will sniff a larger number of patient samples. Only then will the scent tests be used in clinical practice.

Important findings for other teams

The very rapid and promising findings from Finland are also important for other research teams, such as those in Great Britain and France, who are training sniffer dogs to detect COVID-19. 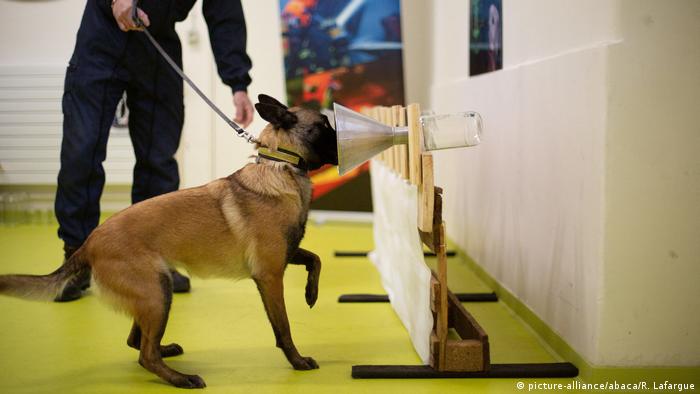 Dogs in France are also being trained to detect coronavirus infections

Fellow researchers from the German Assistance Dog Center (TARSQ) have also benefited from the Finnish results.

"No one could tell us with certainty whether training with the aggressive virus is dangerous or not for humans and dogs. We wanted to gather more information first before we started training because the German virologists advised us against it — after all, so little is known about the virus so far," explains Luca Barrett from TARSQ.

Where does the characteristic smell come from?

It is still unclear which substances in urine produce the apparently characteristic COVID-19 odor. Since SARS-CoV-2 not only attacks the lungs, but also causes damage to blood vessels, kidneys and other organs, it is assumed that the patients' urine odor also changes. This is something which the dogs, with their highly sensitive olfactory organs, notice immediately.

Certain diseases appear to have a specific olfactory signature that trained dogs can sniff out with amazing accuracy, Barrett says.

But dogs can also identify skin cancer, colon cancer, ovarian cancer or prostate cancer very reliably, according to Barrett. "The hit rate, which was not so good in the early days of training, has risen enormously in recent years," she says.

Besides cancer, the dogs can also detect Parkinson's disease. Parkinson's sufferers smell different even years before they have the disease. "That's how we came up with the idea of training dogs as an early warning system for Parkinson's," Barrett says. 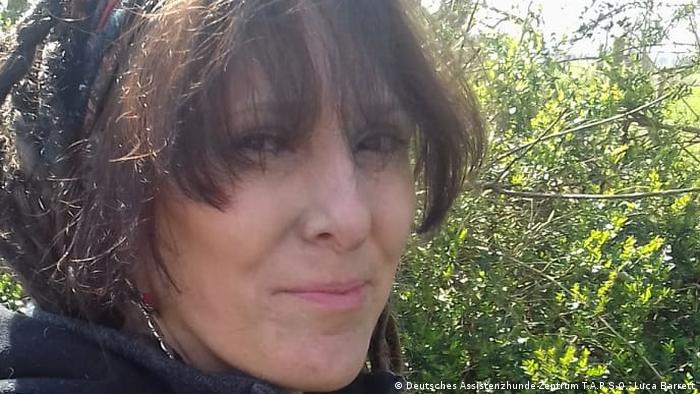 Dogs are also trained to detect malaria, but the hit rate is not yet satisfactory, she says. So far, the dogs recognize seven out of 10 infected persons, which is not enough.

A high hit rate is, of course, also absolutely necessary when training for the aggressive SARS-CoV-2 pathogen, according to Barret. "We hope that the hit rate for the coronavirus is significantly higher in the fully trained dogs; after all, it would be very dangerous if COVID-19 were not detected," she says

Dogs' ability to smell is about a million times better than that of humans. Humans have about 5 million olfactory cells, compared with 125 million for dachshunds and 220 million for sheepdogs.

Dogs also inhale up to 300 times per minute in short breaths, meaning that their olfactory cells are constantly supplied with new odor particles. In addition, dogs' noses differentiate between right and left. This spatial sense of smell allows the animals to follow a trail more easily.

During the training sessions, the dogs — mostly Labrador retrievers or retrievers in general, but also cocker spaniels or sheepdog breeds — are each trained for one scent. That can be the smell of a drug or an explosive, or, as here, the olfactory signature of a specific disease.This means that one dog cannot recognize several types of cancer.

The animals are trained with containers holding samples of breath or sweat, for example. As soon as they have identified the smell they are looking for, the dogs hear a click and get a treat. They are reliably trained for the one smell on this reward principle.

Drug and explosive detection dogs have been used for some time. But trained medical scent detection dogs are also now working in hospitals. For example, they sniff the bodies of patients with suspected skin cancer to try and detect the disease — only with the patients' consent, of course. So these skilled snufflers are helping doctors in diagnosing diseases and detecting them early on.

However, so far there are only very few medical detection dogs. The dog owners almost always work voluntarily and the trained sniffer dogs live in normal households. There is great skepticism, especially among traditional doctors and health insurance companies, even though the first indications given by the dog have to be followed by further medical tests anyway and a lot of time and costs could be saved by early cancer detection.

If the findings from Finland are confirmed, the sniffer dogs with their extremely sensitive sense of smell could prove to be a great help in the fight against the new coronavirus.

Luca Barrett from TARSQ can easily picture coronavirus sniffer dogs being used in situations where there is a high risk of infection. For example, people attending football matches and other major events could be checked before they are admitted. 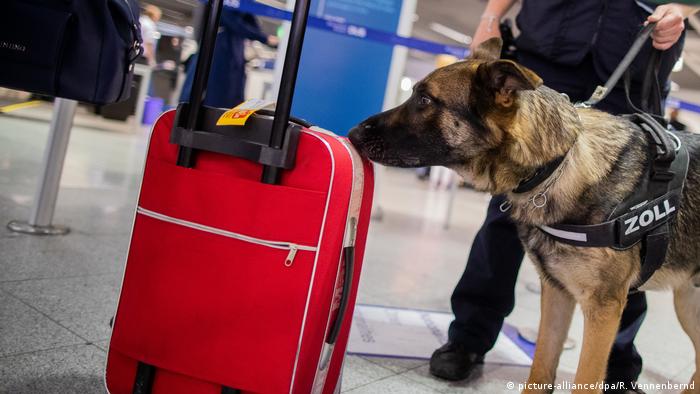 Coronavirus sniffer dogs could also be used at airports

The dogs could also be employed at airports to scan people entering a country. "When the dogs go down the queue, they can detect if someone is healthy and can enter the country. But if a person smells of COVID-19, the handler could send that person to a coronavirus testing center instead," Barrett says. That is because a second test is still needed to confirm the dog's initial sniff detection.

Barrett says dogs could also be used to search for the virus on surfaces. For example, before passengers board an aircraft, a four-legged friend could first check whether the machine is free from SARS-CoV-2. Similar measures are planned for doctors' surgeries, aged care homes or nursing homes that have had to be evacuated because of COVID-19 cases. Before these are used again, a sniffer dog could check whether the environment is "clean."