Does the 'Islamic State' have financial problems?

The Jihadi organisation "Islamic State" is believed to be the richest terror group in the world. But their operations cost a fortune - so they may run into financial problems medium-term. 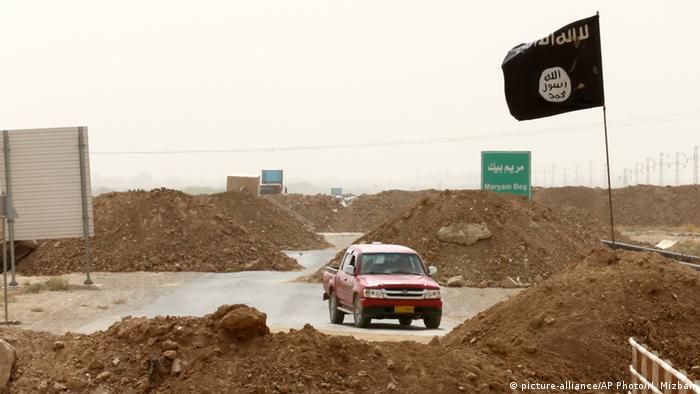 The war-chest of the "Islamic State" (IS) is enormous. According to Tom Keatinge from the Royal United Services Institute for Defence and Security Studies in London (RUSI), the jihadis have amassed between $1 billion and $2 billion. The think tank Keatinge works for is primarily financed by the British Ministry of Defence.

"The money is coming from two main sources; one is the much reviewed oil trade, and then extortion it imposes on businesses and individuals in the territory it controls," Keatinge told DW. But IS's income from oil sales is far lower than was estimated this past summer.

"Two or three months ago, people were talking about $2 million or $3 million a day, but now the latest estimates say it's just $1 million a day."

That has something to do with the decline in oil prices, but also the attacks of the US and its allies on oil production facilities controlled by the "Islamic State." According to Günter Meyer, head of the Center for Research on the Arab World at Mainz University (CERAW), tighter controls have also made it harder to sell oil on black markets in Turkey and Jordan.

Revenues from oil could even drop further, Meyer told DW, because IS lacks skilled workers. "In Saudi Arabia, they were looking for experts for an "IS" refinery on the black market, offering an annual salary of $225,000 (180,000 euros) - this shows that experts who could ensure operations without major glitches are few and far between."

Meyer also said that donations from rich individuals from Saudi Arabia, Qatar or Kuwait have decreased because of tighter controls. The donations are now estimated at $40 million annually.

But dealing in antiques has remained an important source of income, Meyer maintained. Franchisees use bulldozers in archaeological excavation sites to find more items to sell, thereby devastating the sites. The "IS" imposes a hefty tax on the finds before they get smuggled abroad and sold.

IS has significant revenues, but it also has huge costs. According to Keatinge, it controls 8 million people in areas within Iraq and Syria. "Those people have expectations and indeed the "Islamic State" does not refrain from making commitments to the local people. IS officials themselves have said they're pumping millions into infrastructure projects and services that are important to Muslims." 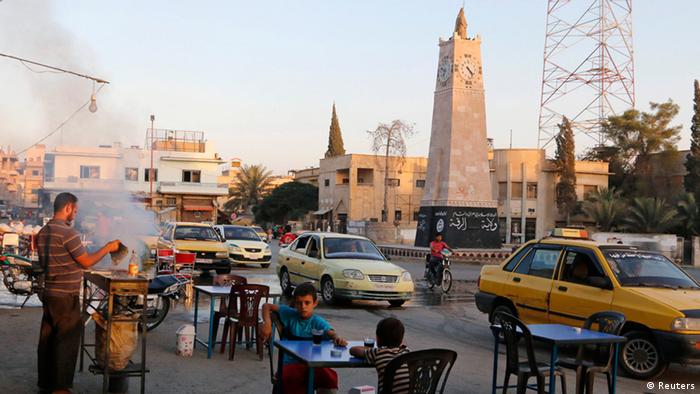 IS has controlled grain prices and kept them low artificially. But whether it will be able to continue doing that is questionable. In some areas, farmers fled in droves as "IS" fighters advanced. What that means for next year's harvest is still hard to predict.

"A third of grain production in Iraq comes from IS-controlled areas," Keatinge said. "So I think we need to see a harvest cycle completed before we're able to see the financial problems it might cause for the jihadis."

IS is estimated to spend a third of its resources on infrastructure and benefits, said Günter Meyer. Another third is spent on arms, with the rest going towards paying its soldiers. The organization is thought to have about 50,000 fighters, 15,000 of them from abroad.

Fighters are paid well, while ordinary people - such as those in the Syrian town of Raqqa, the capital of the IS "caliphate" - suffer under high unemployment levels and exploding consumer prices, said Meyer.

"We've seen the rise of a two-class society there," Meyer said. "The jihadis have everything they need, even a private clinic with top doctors. But supplies for the local population have been getting worse, and this may be the source of mounting social tensions."

It's hard to predict when controlling the population will become a serious problem for IS leaders. "This is not something that's going to happen over the next few months," says Tom Keatinge. "The US is talking about a 36-month time frame."

Günter Meyer said there are no indications so far the "IS" might be planning any attacks in Europe. He argues the group's strategy has been to expand into other Arab nations, not to carry out acts of terror in Europe.

Keatinge adds, however, that there is a danger of Europeans trained by IS fighters returning to Europe and carrying out attacks there in the name of IS, not necessarily with the consent of the organization.

IS recruitment drive in Germany