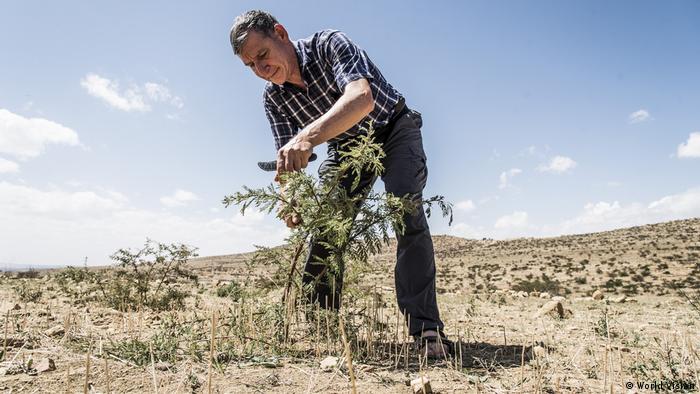 A scene from 'The Forest Maker'

"They said he would grow whole forests without planting a single tree. That's how I noticed him and wanted to know more about his work," states German filmmaker Volker Schlöndorff in his new film, "The Forest Maker."

The Oscar winner's new documentary is about Australian agronomist Tony Rinaudo, who in 2018 was honored with the the Right Livelihood Award, often referred to as the "alternative Nobel prize."

Contrary to Schlöndorrf's film adaptations of novels, in this film, the director directly shares his personal views on the important topic.

As the filmmaker told German public broadcaster BR, he felt it was important to publicize Rinaudo's method to allow it to be adopted more widely around the world.

Through the agronomist's approach, which he developed 40 years ago in the West African country of Niger, he manages to grow trees in dry and degraded lands. 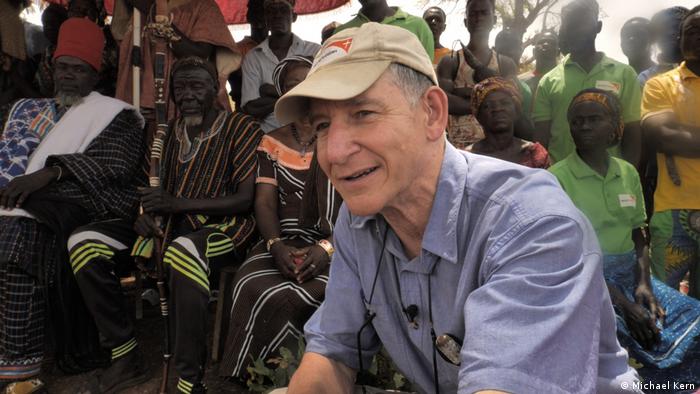 A scene from 'The Forest Maker': Tony Rinaudo at a village meeting

The discovery of an underground forest

Rinaudo works for World Vision, an organization that helps protect children by empowering communities. The agronomist's mission is to regenerate vegetation in landscapes affected by desertification: in other words, to grow forests and develop fertile soil that can be used for farming.

His method, which is based on a chance discovery, helps create livelihoods in arid locations, such as in the Sahel region, where desertification has spread to many areas.

"When the land is freed of vegetation, it becomes bad and less productive. Your ability to grow plants reduces and it is less profitable. People's frustrations increase," Rinaudo told DW in 2019. "There is, thus, a close relationship between land degradation and conflict and soil degradation and migration."

Deforestation is an important cause of vegetation loss.

In Niger, forest clearings leached the soil to such an extent that saplings could not take root and began shrinking, as Rinaudo realized at the beginning of his work there. But then, he discovered a network of roots under the earth that brought forth new seedlings and which only needed to be protected, for example, from grazing goats.

Rinaudo's concept is based on natural regeneration which is to be managed by local farmers. The abbreviation FMNR stands for Farmer Managed Natural Regeneration.

The concept is applied in more than 20 African countries, giving hope that Rinaudo's goals — reducing world hunger and mitigating climate change — can actually be achieved in the future.

For his film about Rinaudo, which premieres on April 5 and hits cinemas in Germany two days later, Volker Schlöndorff went to visit the expert in the Sahel.

In Niger, they were accompanied by an armed escort to protect them from extremists — a stark contrast from the days when Rinaudo visited the villages "so freely." 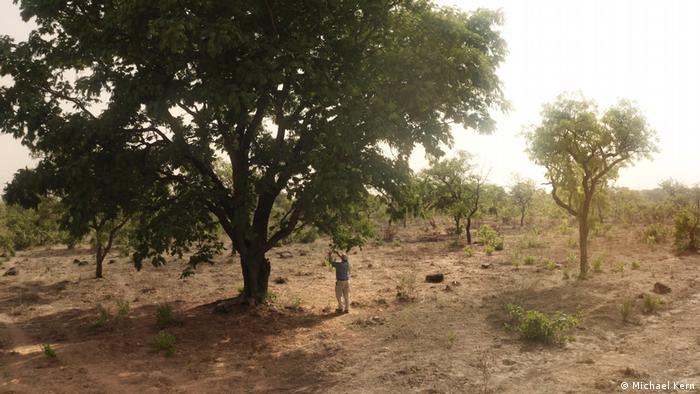 Regrowing forests in the Sahel

The film shows how Rinaudo is fondly welcomed at a meeting with the locals, bringing together old and young, male and female villagers. Together, they remember a time before the reforestation, when a sandstorm would make it impossible to have a meal. Now, the trees protect them against the problem, as Rinaudo learns at the meeting.

Rinaudo is an "everyday hero," Schlöndorff said in the BR interview, adding that the agronomist helps people understand how "the root networks in the earth, which belonged to trees that stood all over before being cut, can be switched on again like an energy reactor."

"The beautiful thing about Tony as a hero is that he is a humble hero," Schlöndorff pointed out. "He is not someone who beats his chest and is proud, although he'd have good reason to do that, but he always plays it down and has a great sense of humor." For Schlöndorff, Rinaudo is thus "the ideal protagonist." 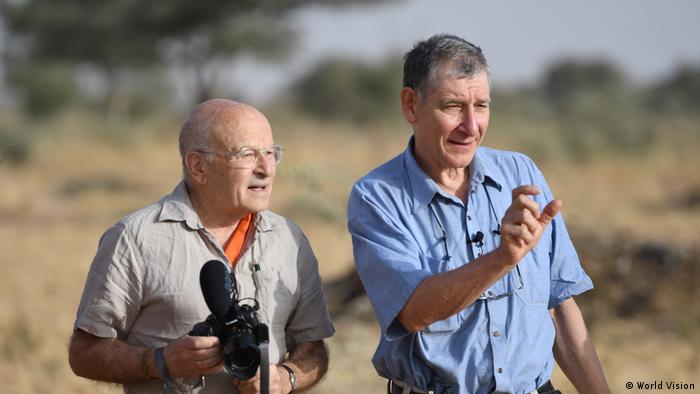 Schlöndorff's film also portray's Rinaudo life story. In Australia, he was inspired by works of the British tree activist Richard St. Barbe Baker from the 1940s.

Rinaudo then began working on reforestation projects in African countries at the beginning of the 1980s.

From St. Barbe Baker, he learned that "when forests vanish, water vanishes too, and so do fish, wild animals, the harvests and the herds. Fertility is lost. And then all the spirits of the past revisit quietly, one after the other: floods, drought, fire, hunger and pestilence."

Filming documentaries in his 80s

Even though "The Forest Maker" is not Schlöndorff's first documentary, the 83-year-old director is best known for his feature films based on literary works, most notably his Oscar-winning film adapted from Günter Grass' novel "The Tin Drum" (1979).

Even before this film, which told the story of Oskar Matzerath — the little drummer who didn't want to grow up — Schlöndorff made adaptations of books like Robert Musil's "Young Törless" (1966), Bertolt Brecht's drama "Baal" (1970) and Heinrich Böll's "The Lost Honour of Katharina Blum" (1975).

Volker Schlöndorff speaks about the German election and environmental politics

Schlöndorff is a political filmmaker, as is evident from his film based on Heinrich Böll's novel as well as his projects in the years after the  far-left terrorist group Red Army Fraction wreaked havoc in West Germany in the 1970s and the 1980s.

"The Forest Maker" and the method of reforestation it portrays is another political film that can inspire forest regeneration work not only different African countries, says Schlöndorff, but should also be applied in Indonesian rain forests and the former collective fields in Brandenburg, around Berlin. The topic is global.