A new docudrama starring Tom Schilling revisits the life of Bertolt Brecht and how he became one of the most iconic playwrights of the 20th century. But in a #MeToo era, his style with women doesn't feel as noble. 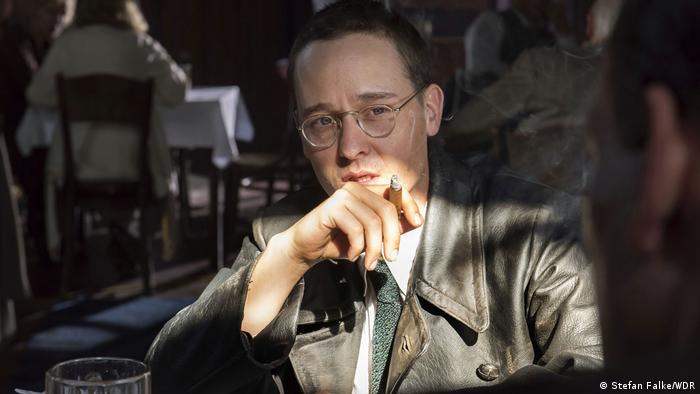 The two-part, three-hour documentary drama Brecht, directed by Heinrich Breloer, portrays how Bertolt Brecht (portrayed by actor Tom Schilling) turned into the star of German theater during the Weimar Republic.

As a student, he was nearly expelled from school for writing in 1915 an unpatriotic essay that argued that only empty-headed people would be willing to die for their country.

He was then quickly celebrated as a wild, young poet-genius with his first full-length play, Baal, written in 1918 and first staged five years later.

An international classic: The Threepenny Opera

His following play, Drums in the Night (written in 1919 and first produced in 1922), anchored his reputation as a playwright. "At 24, the writer Bert Brecht has changed Germany's literary complexion overnight," wrote one influential Berlin critic at the time of the rising star.

Brecht's lyrics set to music by Kurt Weill in The Threepenny Opera (1928) became the biggest hit in Berlin during the 1920s; the musical went on to become an international classic.

The first part of the Brecht documentary ends in 1933, when the Nazis take power and the playwright leaves the country for Prague.

A controversial figure of political history

The second part of the film shows Brecht (actor Burkhart Klaussner) in the early years of post-war Germany. In East Germany, the poet is celebrated by some as the greatest innovator, while others view him skeptically.

The fact that the playwright had friends and enemies in all political camps is well depicted in the film, through scenes showing the enthusiasm of his theater fans and sequences with GDR bureaucrats questioning his intentions.

Brecht remained throughout his life a man who polarized opinions. Even in post-war capitalist West Germany, he had supporters as well as strong opponents who viewed the poet as a "communist." 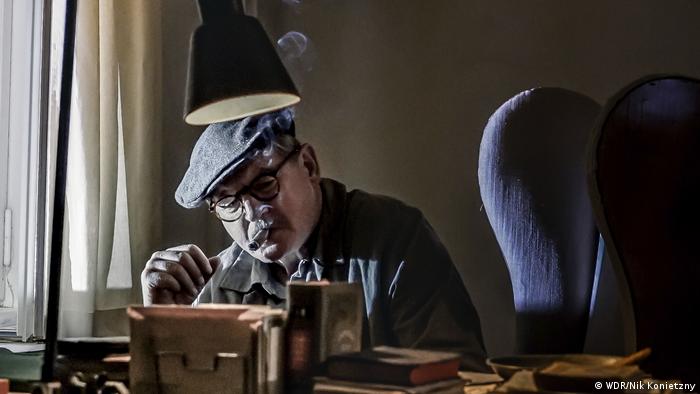 Actor Burkhart Klaussner shines in his portrayal of the older Brecht

The documentary also looks into the private life of the poet and political activist who was said to be both a charismatic womanizer and harsh in his private relationships. A sub-narrative focusing on "Brecht and women" runs through the 180 minutes of the film. The film director Heinrich Breloer examines critically this aspect of the celebrated author's biography.

Elisabeth Hauptmann, Ruth Berlau, Marianne Zoff, Paula Banhölzer, Regine Lutz and actress Helene Weigel were all women who were privately involved with the writer for years of his life; some of these affairs were conducted simultaneously. According to later biographical research, different women also collaborated on his works without being credited. Tom Schilling plays the young Brecht, alongside Leonie Benesch in the role of Elisabeth Hauptmann

If Brecht's denigration of women, as portrayed in the film, was representative of another era, the attitude provokes a different reaction today. "Everyone who's seen the film has told me how they had to think about #MeToo while watching it," Breloer said at the world premiere of the work at the Berlin Film Festival. "It's almost inevitable."

Breloer does not avoid this aspect; the combination of the private life and work of the iconic poet is one of the documentary's greatest strengths. Some might criticize it for focusing too much on the writer's intimacy; others might believe it's a good thing to take Brecht down from his pedestal a bit. In any case, the filmmaker isn't too worried about what could happen to the poet's reputation: "I believe we all carry different pictures of Brecht with us."

The two-part docu-drama Brecht airs on Arte on March 22 and 23.

Bertolt Brecht's 'Mack the Knife' set for the silver screen

To this day, The Threepenny Opera remains Bertolt Brecht's most successful play. The latest film version, Mackie Messer: Brecht's Dreigroschenfilm, is out in German cinemas — with a stellar cast. (13.09.2018)