Using artificial intelligence in healthcare may seem counterintuitive if you have access to good human doctors. But even then, perhaps AI can help. 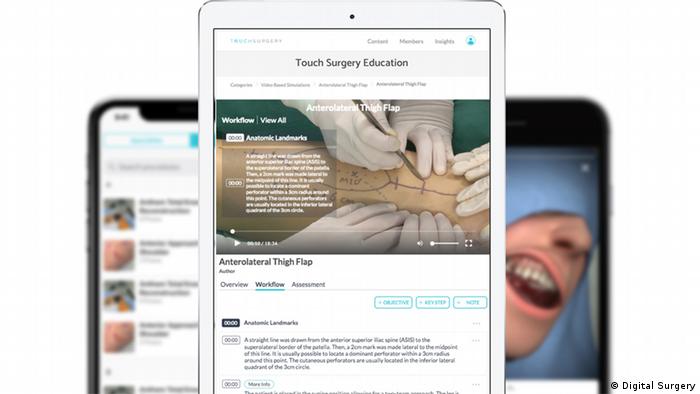 From the moment you step into the offices of Babylon Health in London's swanky South Kensington, you feel like you're in the future. Only it's a future that smells remarkably like the past. I'm reminded of the first open plan space I ever saw at a London newspaper ... only Babylon's is lined with plastic plants that crawl from the desks to the ceiling. And I kind of preferred that grey honesty of old.

There's a huge heart on the front glass door, but very little heart in the waiting area, where they have done away with receptionists and you're asked instead to sign in via a tablet. Around you, adults in suits perch and slouch on colorful cubes that would fit quite well in the kids' play area at your local general practitioner's. It's odd how the farther we march down this path towards a technological utopia, we insist on infantilizing every other aspect of our lives.

So it goes, I guess.

I'm picked up by an inviting PR director, MH, who he tells me he's already signed me in. Immediately I feel like we're old friends, and I'm grateful because I'm struggling with the terms and conditions that I'm forced to scroll through on the tablet before it will allow me to hit ENTER.

MH is really nice, not least because he agrees with everything I say. But, then, he never lets down his guard. We take a seat in a glass conference room and wait for Dr. Mobasher Butt, Babylon's Medical Director. When Dr. Butt arrives, we shake hands, exchange hellos, and we're all smiles. But I feel like Dr. Butt's never really there. He's got his laptop open in front of him, with an eye out for emails, for the entire 39 minutes we speak. And when we're done, he slams the laptop shut, jumps up, and away he goes.

"Oh, I was rather hoping to get a photo of Dr. Butt. Any chance of getting him back?" I ask MH.

"No, probably not, Mob's very busy," he replies, like a journalist's time doesn't count.

"As a clinician, I might see a patient, but I don't always have the time to follow up," says Dr. Butt.

In "very urgent cases," he says, he'll put in a call. But for simple, every day encounters, he says, "We don't have the ability to follow up with every patient."

He wouldn't be alone. 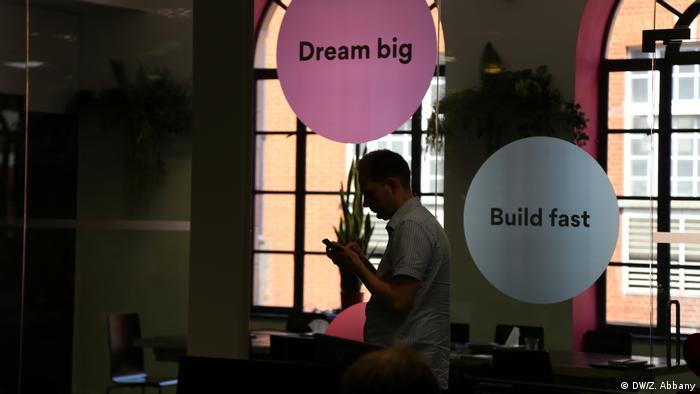 "But our AI can work out when a course of treatment is complete and follow up with a message to ask, 'Has the medication been effective?' or 'Are you still suffering?'" says Butt.

So in theory the technology provides that follow up, with all the communication in between your "human-to-human" encounters.

It's called a "continuity of care."

Continuity of care is extremely important, so you can see how Babylon's technology might bridge the gap. But a recent study suggests that continuity of care is especially beneficial when it's through a long-term, human relationship, with a doctor who is actually there.

Professor Philip Evans, one of the lead authors on the study published by BMJOpen in June, has said that the human aspect of medical practice is often "neglected," but that it's "potentially life-saving and should be prioritized." 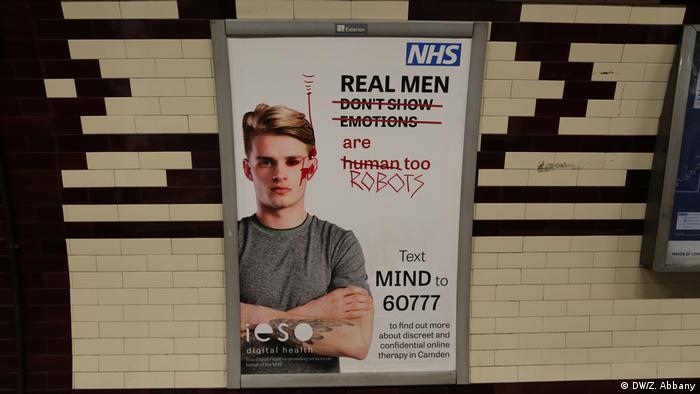 Are we human in digital healthcare? A National Health Service poster on the London Underground "adapted" by travelers.

So what to do in a world that's getting faster? Do we drive on in our self-accelerating vehicle towards greener, digital pastures, or is it time to tug on the handbrake?

If you can get passed the irony that, in Rastafarian culture, "Babylon" refers to a system built on slavery, you may agree that their technology is oddly-fascinating, and it may come to serve some patients well.

Its automated care tools, for instance, are based on about 530 million data points of medical knowledge. Just imagine that. How were those data points ever selected? Babylon has a "knowledge base" team, and they run a peer review of the data. But a lot of that process will have to be automated because … 530 million. No human team is doing that.

"Medicine is often considered an art as much as it is a science and I think there is a place for thinking about healthcare problems in a more nuanced way," says Butt. "The benefit of AI is that it is very evidence based. All the information the AI has is factual, and those things that influence human behavior, like pattern recognition, fatigue, or just having a bad day, are somewhat eliminated by a system that is able to produce the same outcome for the same set of symptoms every time."

It's then up to the clinician, he says, to interpret the AI's factual assessment, using their training, experience, and a patient's personal context.

AIs may even one day take on some of the "softer" features of human interactions. But Babylon's won't go rogue, assures Butt.

"There is no black box in our system. In healthcare, you need a clear audit trail. If a patient has an adverse outcome, it's important that you're able to go back and perform a root cause analysis, and see every step up to that adverse event. And we can do that."

Babylon is also working on providing patients with "digital twins."

A digital twin is basically a virtual version of you. The same principle is used in other industries, where, for example, they can model smart cities, or visualize safety risks in aircraft engines, so it's nothing new. In personal healthcare, they could allow people to map out their futures and, for instance, predict what will happen to their heart and arteries if they don't cut down on cholesterol or how their lungs will look if don't quit smoking.

But there ends my fascination, because I have doctors, I listen to what they say, and even when I don't, I know I'll die one day, so what more do I want to predict?

Not much. So I head over to City Road on the east side of town, where I meet Dr. Jean Nehme at Digital Surgery. I was all hot and bothered when I got there because I'm the sort of idiot who blames Google Maps when he types in the wrong address and can't get to where he's headed. Lucky for me, a very cool and supportive press guy, SM, met me on the street and guided me to their offices.

Inside, Dr. Nehme was calm itself, and despite my tardiness, he was all there. 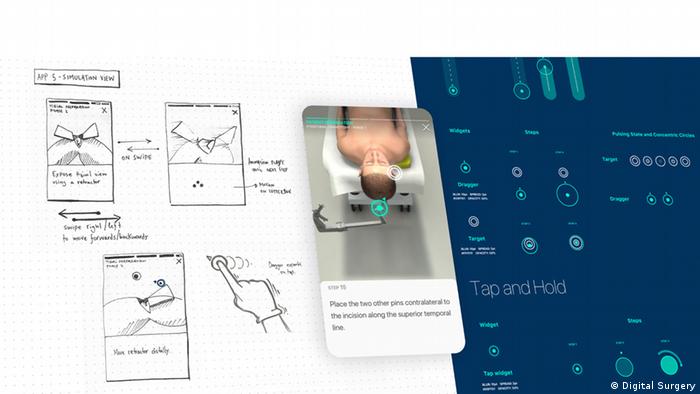 Digital Surgery makes simulations of common surgical procedures. Those simulations are based on "dynamic 4D maps" of the human body — not unlike Google Maps.

There's a satellite view from above, an internal 3D view that changes temporally, and a list of instructions. All you have to do is pick the right procedure (or the right address) and it will take you there.

Dr. Jean Nehme trained as a surgeon before co-founding Digital Surgery with his old friend and surgeon, Dr. Andre Chow. Both used to code games, which turned out to be quite a mix.

A-Z of the anatomy

If you know the 1966 sci-fi film, Fantastic Voyage, you'll totally get Nehme's description of a surgical procedure.

"It's navigating through the human body to a site of damage or change, avoiding vessels, avoiding specific nerves, getting to the problem, like a broken bone or a tumor, and removing the tumor or fixing the bone," he says.

This I find mind-blowing. "Imagine a map of the world and attach that map to time, and buildings come up, and other things change," says Nehme "It's that dynamic ability to see what happens during surgery within a human body."

The simulations are branded (but cost-free) as Touch Surgery. They are built by the company's team of programmers, many of whom come from the film animation industry. And the simulations look very real. 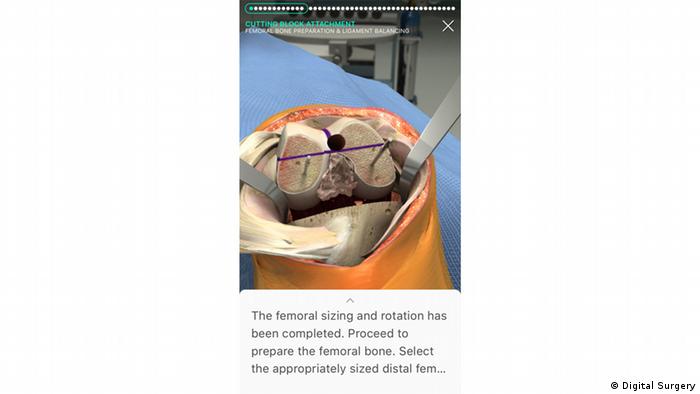 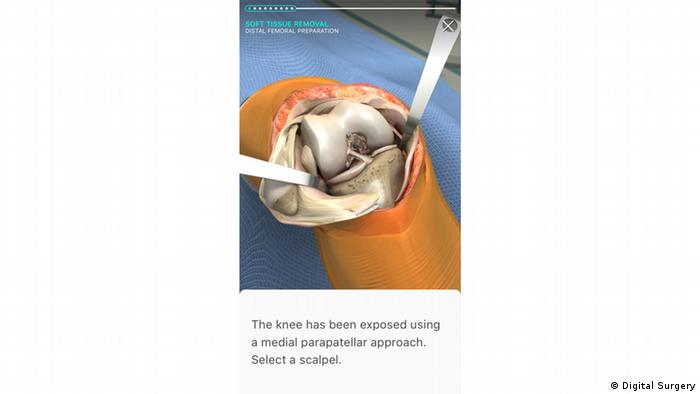 But how real are they in terms their ability to train young surgeons? Nehme says there's evidence of a solid transfer of knowledge and experience from the simulations to real-life situations.

He cites a study published in May by researchers at Heidelberg University Hospital in Germany — and he's quick to point out: "We didn't pay them!"

The researchers say their intervention group performed "significantly better than the control group," showing an "improved economy of time and motion" and more confidence in handling of their instruments.

But the training app is just one part of their mission. They also want to "scale" access to safe surgery.

"There's a massive shortfall — 5 billion people without access to safe surgery," says Nehme. "But in the same way that technology has scaled lots of other industries, we believe we can— in a lot of senses — scale a curative treatment."

"We've experienced first hand what surgery is," says Nehme. "And if you're a purist and you believe healthcare is a human right, then we feel this is a fundamental job for us to try and do." 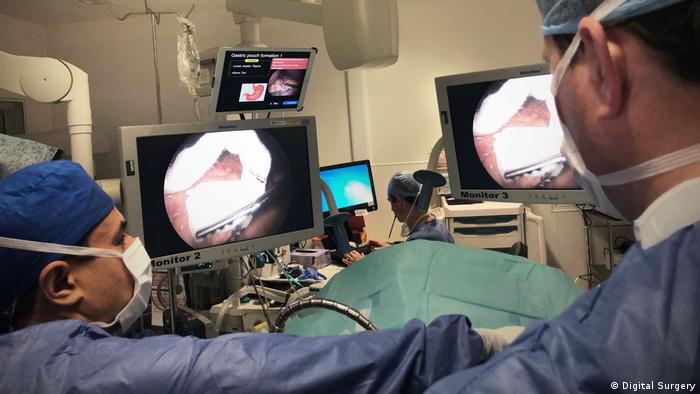 Digital Surgery is also working on an artificial intelligence to assist active surgeons in the operating room (OR). The idea is that by using simple camera optics, the AI will be able to see what stage the surgeon is at in a procedure and then give prompts for the next stage and reminders about any potential risks.

They have tested their AI and Computer Vision platform with Dr. Sanjay Purkayastha, a general surgeon at Imperial College London, and they say they were able to demonstrate its "clinical efficacy."

"It's like an extra person in the OR," says Nehme.

So why not just get an extra person? Well, says Nehme, people don't scale, whereas technology does, and globally at that.

As I've said, there's an oddness at work at some of the healthcare companies investing in AI. They tend to insist that AI is here to help, not replace us. And yet at the same time, they are keen to say how much better than humans their AI can perform — or at least as good as humans. Babylon Health advertised as much when their AI passed a test set by the Royal College of General Practitioners.

But I leave Digital Surgery trusting Nehme's word that they are "against the hype." He even tests me as we say our goodbyes to make sure I won't write up their technology in glorified terms. "Remember," he warns, "we're talking about a potential."

And there's still a lot to prove.

What good is AI for UN Development Goals?

The United Nations may have a reputation for being a talking shop. But when it comes to artificial intelligence and the 2030 Sustainable Development Goals, it's trying to get ahead of the conversation. (16.05.2018)

This cyberwar just got real

Is death and destruction the only way to do war? Or can it be less graphic, like a cyber attack on air traffic control, or an artificial intelligence bombarding emergency services with fake calls? (24.05.2018)