Do octopuses have emotions?

They look so "alien," but octopuses feel and remember pain like we do. We can track their emotional reactions. But their deeper feelings are a mystery. 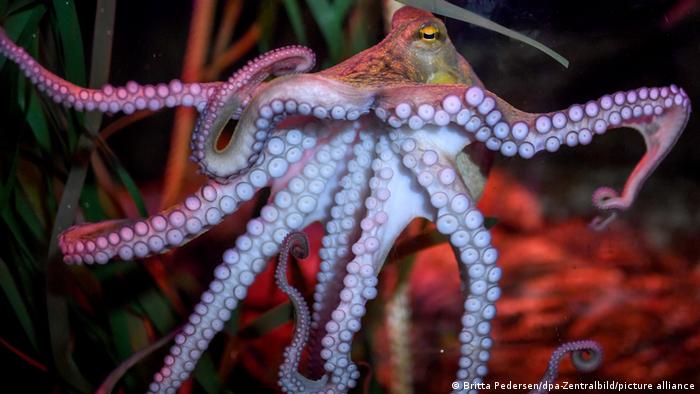 Octopuses have three hearts and taste with their suckers

Octavia, an octopus at the New England Aquarium in Boston, was old and dying. She had been moved from her display tank to a quieter, dark place that resembled an octopus' den. That's where the animals go to in the wild when they are nearing the end of their lives.

The author and naturalist had known Octavia for several years. Montgomery had fed Octavia fish and played with her countless times. It was part of Montgomery's research for her 2015 book The Soul of an Octopus. Montgomery describes the animal's remarkable intelligence. She had befriended four octopuses (yes, that's the correct plural) with very different personalities. 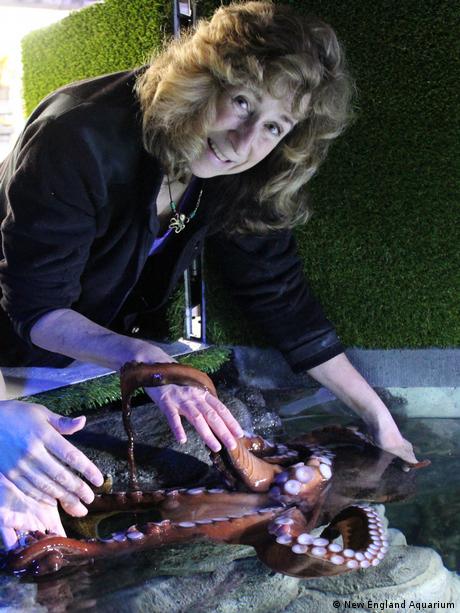 Montgomery with an octopus (not Octavia) at the New England Aquarium

When DW spoke with Montgomery, she recalled the last time she saw Octavia.

"She was sick, she was old and she was clearly dying," Montgomery said. "I opened the tank and she floated to the top to see me. And she was not hungry ― I handed her a fish and she just took it and put it aside. She made the effort to come up from the bottom of that tank to see me and to touch me. She extended her suckers to me and looked me in the face and held me for minutes."

That was after a period of 10 months during which Octavia had been down in her den, all on her own. She hadn't seen Montgomery or other people. For an animal that only lives three to five years, "10 months is decades," Montgomery said.

Soon after that Octavia passed away.

Their last goodbye was one of many interactions that Montgomery has had with octopuses that make her certain they have emotions. Her take is based on personal experiences, anecdotal evidence. But Montgomery isn't alone in her assessment.

There is a consensus in the field of animal sentience that octopuses are conscious beings — that they can feel pain and actively try to avoid it.

Kristin Andrews and Frans de Waal posit in a new report published in the journal Science that many animals, including cephalopods such as octopuses, feel pain . But they don't just react reflexively, like a child pulling away their hand from a hot stove. That type of reaction is known as nociception.

Octopuses display reactions that go far beyond that, say Andrews and de Waal, citing research from the past 20 years. 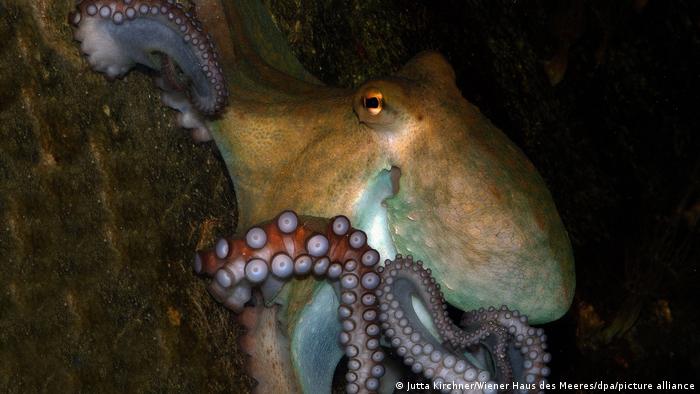 Octopuses can change their color and blend in with the environment

"Nociception does not necessarily reach the central nervous system and consciousness," they write in the Science article — that means the animal may want to avoid pain, but that this pain doesn't come with any associated feeling.

Octopuses, however, have shown that they avoid places where they previously experienced negative stimuli, even if they are free of pain in that very moment.

That, Andrews and de Waal write, is because they remember the pain they felt there, processed it and noted it as something they want to avoid. They feel a memory of pain.

The difference between emotions and feelings

When researchers look at the inner lives of animals, they distinguish between emotions and feelings.

Emotions, write Andrews and de Waal, are "measurable physiological and/or neural states that are often reflected in behavior."

That includes increased body temperature, increased neurotransmitter and hormone activity or an animal's avoiding a place where a scientist poked it with a stick the other day.

Feelings, on the other hand, happen at a deeper level than emotions.

Human animals often share their feelings verbally. We say things like "I'm so happy!" or "That makes me really angry."

People can't communicate with other animals on that level. So, it's impossible for us to know exactly what non-human animals feel. But that doesn't mean they don't feel anything.

Speaking to DW, Andrews said "scientists should accept the feelings-side of emotions for animals, just like we do for humans. The 'yay!' of joy, the crushing, heavy despair of sadness. Feelings of pain, feelings of pleasure or of sun on your skin."

"We can't measure that in animals. But we can't measure it in humans either," said Andrews, the Research Chair in Animal Minds at York University in Toronto, Canada. 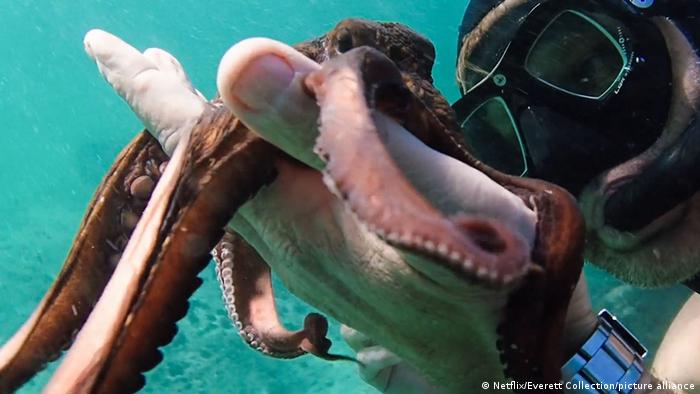 Montgomery makes the same point. Sure, she doesn't know what feelings are at play when an octopus comes up to the water's surface to touch her gently. But do we ever have that knowledge about another living creature, she asks.

The UK has taken a step towards recognizing octopuses and their relatives as sentient — as their being conscious, with feelings and memories of pain.

Cephalopod molluscs, like octopuses, and decapod crustaceans, like crabs, lobsters and crayfish, are included in a new animal welfare law that is going through the UK parliament right now.

Jonathan Birch, an associate professor at the London School of Economics, led a team that looked at more than 300 studies before advising the UK government on the law. 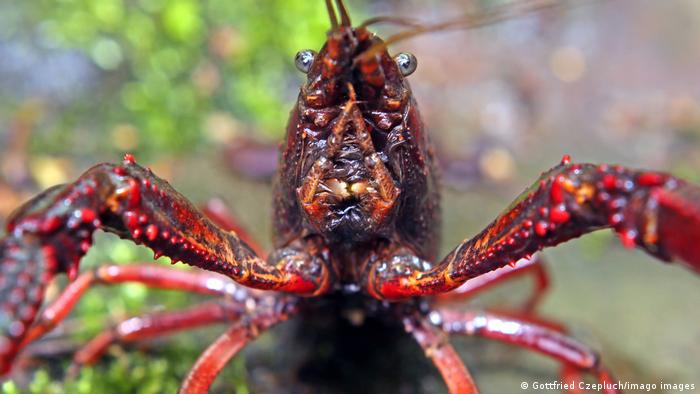 If the UK's new animal welfare law is passed, crayfish, octopuses and their relatives will enjoy higher levels of protection

"The evidence tilted towards the animals being sentient," Birch said. "We recommended the inclusion of all of these animals in the scope of the animal welfare law. But the evidence was particularly strong for octopuses."

Birch says it's human to find it hard to empathize with animals like crayfish or octopuses, "because they look so different from us and they seem so alien."

Is this the cutest deep sea octopus?