The government also outlawed the practice of transporting lobsters on ice or in icy water. Animal welfare activists have argued that crustaceans feel pain when they are boiled alive. 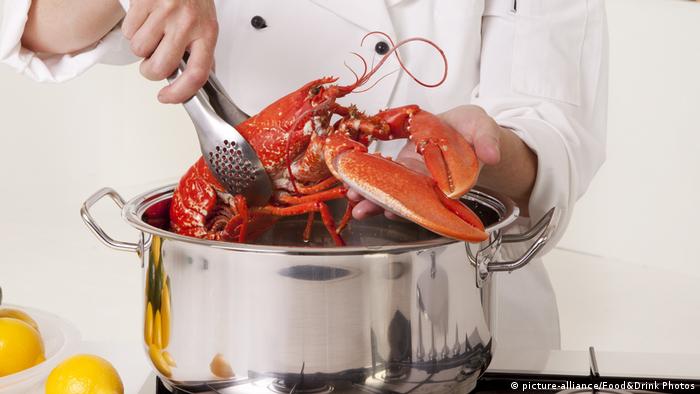 Switzerland on Wednesday banned restaurants from throwing live lobsters into boiling water as part of a broader reform of the country's animal welfare regulations.

Lobsters and other crustaceans "will now have to be stunned before they are put to death," the government said in a ruling that will enter into force on March 1.

Swiss public broadcaster RTS said the rule would only permit electric shocks or the "mechanical destruction" of the lobster's brain as stunning methods.

The government also outlawed the practice of transporting crustaceans on ice or in ice water, ruling they should be kept in their natural environment instead.

The announcement is set to anger the country's gastronomy sector while pleasing animal rights groups that have argued lobsters and similar species likely feel pain when cooked alive.

The move is part of a broader set of rule changes to strengthen animal protection in the Alpine country.

The Swiss government's order follows a ruling by Italy's supreme court in June that outlawed restaurants from storing lobsters on ice, arguing the practice caused the animals unjustifiable suffering.

What do sharks, rays and plenty of humans have in common? They like the idea of a lobster lunch. Given that fondness, conservationists in Mexico are working to ensure the crustacean is fished sustainably. (23.02.2016)

Vegan currywurst, Italian dishes made with regional products only and many different kinds of kebabs. Berlin's new trends when it comes to food might set the course for the future of German traditional cuisine. (14.11.2017)

Vegan is the new black

For a long time, being a vegan was considered unusual and difficult to pull off. That's no longer true, especially in Berlin. The city is a haven for those who have sworn off animal products. (22.09.2017)