As ocean temperatures rise the fascinating animals are struggling to breed naturally. Could octopus farms help the animals survive?

With three hearts, eight arms and high levels of intelligence, octopuses are undoubtedly fascinating creatures. They can also squeeze through the tightest of spaces and change their skin color and texture at will.

They are also a popular delicacy in many regions of the world: Whether in sushi, deep-fried or served in their own ink. Worldwide 420,000 tons of octopus are consumed each year and the trend is rising sharply.

However, breeding octopuses in captivity is difficult in comparison to species like shrimp or salmon. That is why the octopus that lands on our plates is caught in the wild and some regions in Asia are already considered overfished. 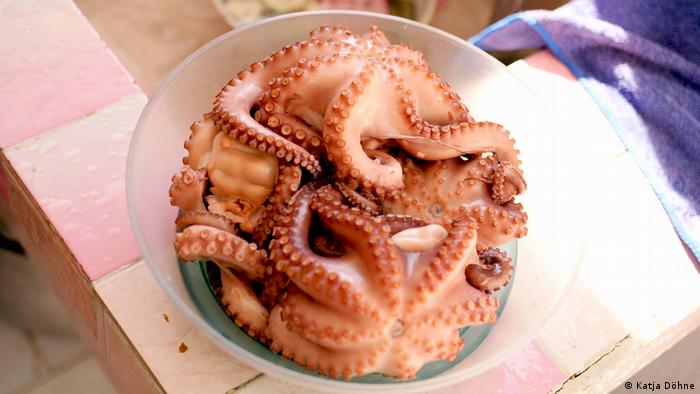 There is high demand around the world for the mollusk

The largest exporter and producer of octopus in the world is Mexico, where there is still enough of the animal in the sea. Yet, research in the small village of Sisal in Yucatán shows that they are extremely sensitive to temperature fluctuations and will not lay eggs if the water is too warm. This may soon become a problem if climate change continues to heat up the ocean.

Octopus farms — hope for the fishermen

Biologist Carlos Rosas Vasquez has been researching the perfect living conditions for octopuses for over twenty years on behalf of the Mexican University UNAM. Over the years, he and his team have been able to perfect food, light conditions and water temperature and have even set up a small breeding station for pregnant females fished from the sea.

The scientific insights gained from this process is also helpful for local fishermen in the village. Some are involved in the cooperative "Moluscos Del Mayab" that is looking to use these university findings to develop a commercial octopus farm. The hope is that if it is successful on a large scale, the fishermen will be able to release octopuses from the farms into the sea to replenish their numbers. 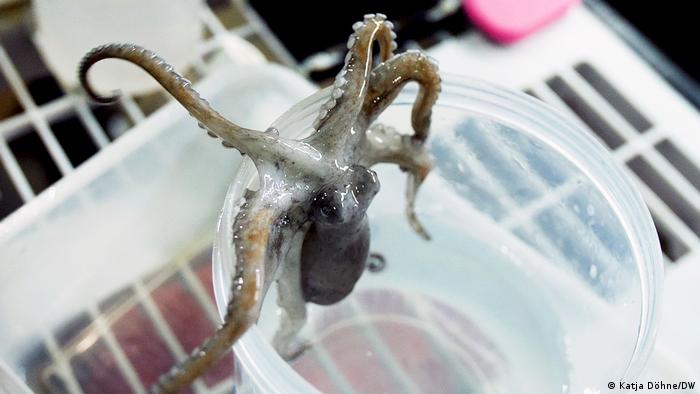 Budget: The octopus project and the cooperative Moluscos Del Mayab was given $4,000 (€3,500) from the Biodiversity Finance Initiative (BIOFIN II), supported by the German Federal Ministry for the Environment as part of the International Climate Initiative (IKI). The Small Grants Program of the GEF contributed $50,000 (€43,700).

A video by Katja Döhne

An octopus has escaped from captivity after breaking out of his tank. Aquarium employees believe he has since returned to his natural habitat.

They are the stuff of children's nightmares, legends and myths and there is still very little known about the colossal squid - except that it holds a very unusual world record.