Police have recovered the DNA from the NSU terrorist Uwe Böhnhardt at the site where the remains of the murdered girl Peggy K. were found after 15 years. The discovery sensationally links two crimes that shocked Germany. 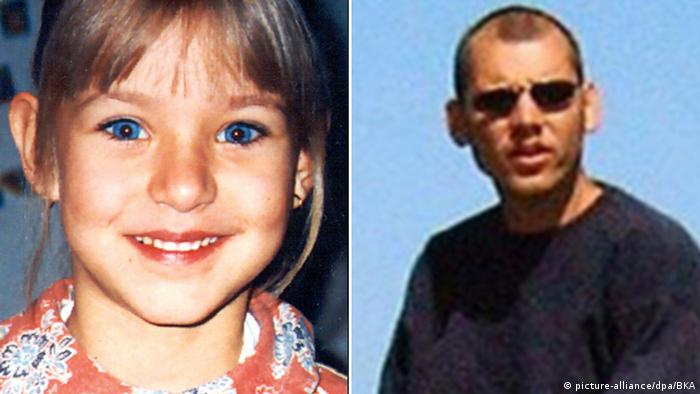 German police said on Thursday that they had recovered DNA linked to a dead neo-Nazi near the recently discovered remains of a girl who disappeared 15 years ago.

Nine-year-old Peggy K. disappeared in 2001 in the Bavarian city of Lichtenberg on her way home from school. Her remains were discovered 15 years later in July 2016 in the central German state of Thuringia.

Police said that they are now trying to determine how the DNA of Uwe Böhnhardt, who was a member of the so-called "National Socialist Underground" (NSU) cell, ended up near the girl's body. The discovery marks a sensational link between two crimes that shocked Germany.

A lawyer for Peggy's mother has yet to comment.

Peggy's remains were recovered in a forest around 150 kilometers from the city of Eisenach, where Böhnhardt and his gang-mate Uwe Mundlos committed suicide in 2011 as local police tracked down their three-member cell.

The NSU has been tied to 10 killings, mainly of foreigners, between 2000 and 2007. The cell's sole surviving member, Beate Zschäpe, is currently on trial in Munich for her alleged role in the killings. In September she broke her silence, telling the court that she had disavowed her ideology and condemned the killings.

The discovery of the cell in 2011 shocked Germany, and showed how authorities had grossly underestimated the risk of far-right violence in Germany.

In July, the people of Lichtenberg had hoped that the discovery of Peggy K. would be the final stroke in the city's tragic episode. This might indeed be it.

However, Thursday's discovery could also open a new chapter on the NSU's shocking murder spree.

Police in Germany have cordoned off a wooded area in the country's east following the discovery of a corpse. Investigators say it's highly probable the remains belong to a local schoolgirl who went missing 15 years ago. (04.07.2016)