The Arab League represents 21 states and about 350 million people. Some of the member states own a good part of the world's natural oil reserves - a good base for power and influence. But the league is split. 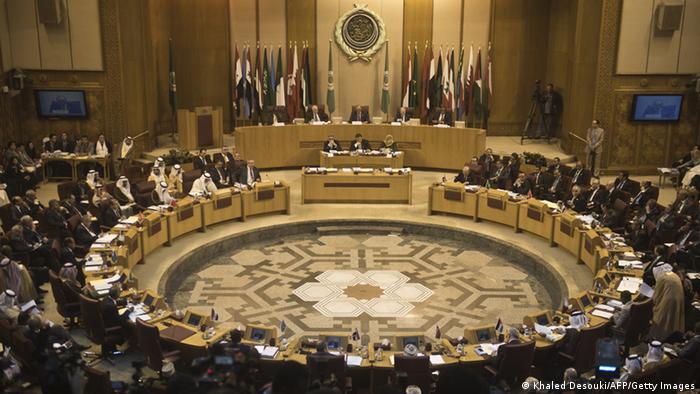 Civil war in Syria, destabilization in Lebanon, the faltering Israeli-Palestinian peace process: there is no lack of problems in the region.

When Arab League heads of state get together for their annual summit on March 25 in Kuwait, they will have plenty to discuss. But relations between member states are anything but relaxed. "Improving the atmosphere among the Arab states is of utter importance," Nabil al-Arabi, the League's secretary general, declared ahead of the gathering.

Criticism is focussed on the small emirate of Qatar. In early March, Saudi Arabia, Bahrain and the United Arab Emirates decided to withdraw their ambassadors to Qatar. "The emirate's foreign policies no longer correspond to the size of the country," said Josef Janning, a Mideast expert at the German Council on Foreign Relations (DGAP). "That's why, at the moment, everyone is zeroing in on Qatar."

Doha's strong support for the Muslim Brotherhood in Egypt and other "revolutionary states" is at the root of the problem: Saudi Arabia, Bahrain and the UAR accuse Qatar of interfering in other Arab states' domestic affairs.

The other Gulf States are doing their best to contain the Brotherhood's influence. They regard the populist Islamist movement as a threat to their own authoritarian rule. Saudi Arabia classifies the Brotherhood as a terrorist organization.

"The Saudis expect Qatar to give in," Janning said, adding however that so far, a change of heart is not in sight. "The battle lines are more or less drawn."

The League's member states are also not of one mind where Syria is concerned. In 2011, the pan-Arab bloc opposed Syrian President Bashar al-Assad, and put Syria's membership on hold. But Saudi Arabia and Qatar support different wings of the opposition and supply arms to different brigades within the opposition, itself in disarray. 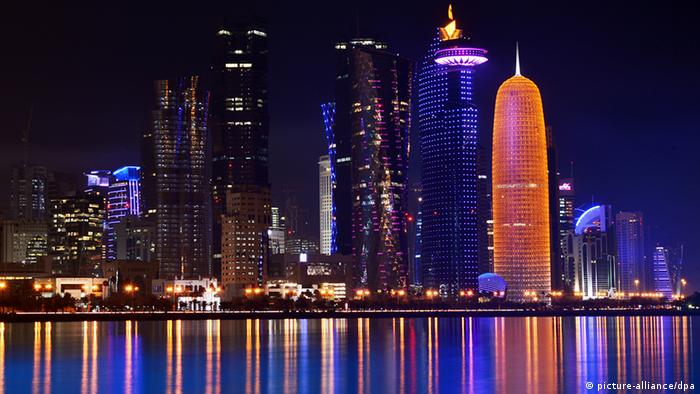 Many Arab countries want Qatar to tone down its support for the Muslim Brotherhood?

The League even disagrees on important issues such whether to involve the US and Russia, as well as cooperation with western states, Janning said. This disunity makes the bloc weak, he added.

The League and Lebanon

How to react as the conflict spreads to neighboring states like Lebanon? This is yet another issue that has split the League, Janning said. The civil war in Syria has further exacerbated the discrepancies between the religious groups in Lebanon. A few Lebanese Sunnis support parts of the Syrian opposition, and Syrian opposition fighters resort to Lebanon as an area of retreat. The Lebanese Shiite Hezbollah supports Assad, and Hezbollah militia fight on the side of the Assad regime in Syria.

The violence is spilling over. There has been fighting between Assad's supporters and opponents, and there have been quite a few bomb attacks. "The League should take resolute action to stabilize Lebanon," Janning said.

Lebanese President Michel Sleiman still hopes for more assistance from the Arab League. Sleiman plans to expand the country's relatively weak military forces. The country also needs help providing for the more than 900,000 registered Syrian refugees. Observers estimate that even more Syrians have fled to Lebanon than the official number.

One issue the summit is most likely to agree on is Palestine. The Israeli government demands that Palestinians recognize Israel as a Jewish state, and Palestinian President Mahmud Abbas has refused to do so. Earlier this month, the Arab League foreign ministers backed Abbas, putting the blame for the stagnating peace talks squarely on Israel.

Egypthas traditionally been the Arab League's leading country. "The country was a link between the various currents within the Arab League," Josef Janning said, adding that the upheaval in Egypt has put an end to that leadership position. And a successor is not in sight at present. "A forceful Saudi leadership might be in a position to unite the Arab League once again," he said. "But the Saudis aren't currently ruled by a dynamic generation."

Leaderless, disunited and without much influence in the region's conflict zones: is there any hope for a more constructive role for the bloc? "Essentially, the Arab leaders shy away from responsibility," said Janning skeptically, adding that they would much prefer to follow another country's lead.

The recent attack on Israeli-occupied Golan Heights was carried out by Sunni Jihadis in an attempt to bring Israel into a direct conflict with Hezbollah and the Syrian Army, according to Israeli military experts. (19.03.2014)

Three years on, no end in sight for Syrian war

It started with peaceful demonstrations for more democracy in March 2011 and turned into a bloody civil war. After three years, the international community still hasn't come up with a solution for the Syria conflict. (15.03.2014)