A dispute over potentially resource-rich waters in the South China Sea, by-elections in Myanmar and a planned rocket launch by North Korea took center stage at the 20th ASEAN Summit in Phnom Penh this week. 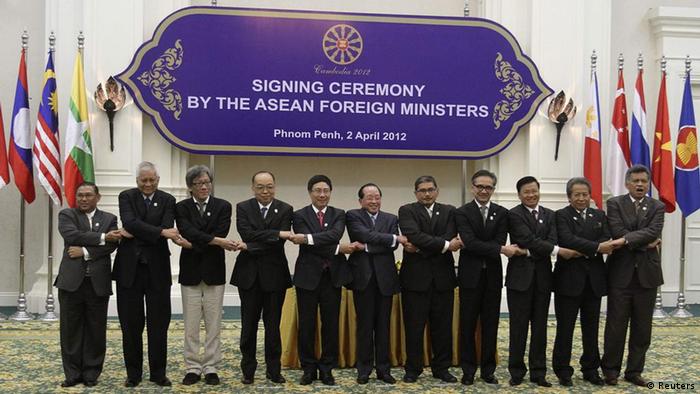 In a statement at the close of their summit on Wednesday, ASEAN leaders said they had "reaffirmed the importance" of the Declaration on the Conduct of Parties in the South China Sea (DOC).

ASEAN member states and China signed the declaration in 2002, agreeing to work toward adopting a code of conduct (COC) on the South China Sea, which is believed to be rich in untapped resource reserves. 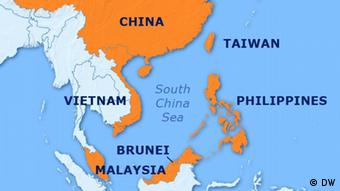 The South China Sea is subject to a tangle of overlapping claims from China and Taiwan, as well as ASEAN members the Philippines, Vietnam, Malaysia and Brunei.

Some observers have speculated that Cambodia may be influenced in the dispute due to its close ties to China, which has poured billions of dollars into the Kingdom in recent years, including in the form of large infrastructure projects.

Chinese President Hu Jintao paid a four-day visit to Cambodia ahead of the summit - the first by a Chinese head of state in 12 years. A joint statement issued by the two countries on Monday said that Cambodia and China had agreed to "abide by the purpose and spirit" of the DOC. 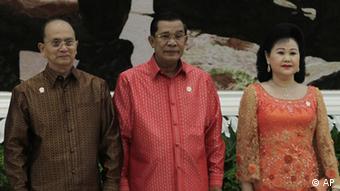 Cambodian Prime Minister and ASEAN chair Hun Sen said at a press conference on Wednesday that there was "no hindrance" from China on discussions of the South China Sea.

Philippine foreign secretary Albert del Rosario said on Tuesday that ASEAN should be "masters of our own destiny" where a COC was concerned.

"I think the big disagreement this morning was the announcement by the [ASEAN] secretary-general that China might be invited to be part of the issue, as well as in the drafting of the COC," he said.

Del Rosario said that he believed Vietnam had "followed suit" after the Philippines made their observations and, when asked whether Cambodia wanted China to join the drafting process, he responded: "I think so."

Indonesian Foreign Minister Marty Natalegawa told reporters on Monday it was "ASEAN practice" to have a common view before dealing with another party.

"As we are now developing an ASEAN view on the South China Sea, no doubt all of us - bilaterally, nationally and other ways - we listen and we hear what China's views are so that we can really develop a position that is cohesive and coherent," he said.

Carlyle Thayer, a politics professor at the University of New South Wales at the Australian Defence Force Academy, said via email to DW that China wanted to avoid dealing with a "united ASEAN" and was likely to be included in the COC drafting process at some stage.

There will be "differences between those who want to go it alone and draft an ASEAN COC and those who fear angering China and thus may support China's inclusion in the process before ASEAN has completed its deliberations," he said.

In the days leading up to the summit, all eyes were on Myanmar as the country held historic by-elections on April 1.

Hun Sen said at a press conference at the close of the summit that ASEAN leaders were calling for the lifting of sanctions in order to allow the country to develop.

“All ASEAN leaders appeal to the relevant parties to lift sanctions from Myanmar,” he said.

European Union Trade Commissioner Karel de Gucht told DW on Monday following the ASEAN - EU business summit that economic sanctions on Myanmar could be lifted if the by-elections proved to be "free and fair." 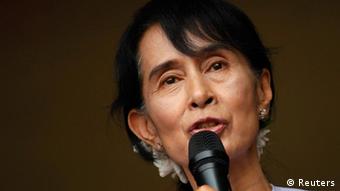 "I would say that if the elections turn out to have been free and fair and reflecting the will of the people, then Myanmar has a case that all or part of the sanctions should be lifted," the former Belgian foreign affairs minister said.

He added that the lifting of sanctions also depended on a forthcoming International Labor Organization report on forced labor in Myanmar, and that political sanctions would be addressed at a foreign affairs council meeting on April 23.

De Gucht said that the EU and Vietnam would soon launch negotiations for a free-trade agreement, with negotiations currently underway with Malaysia and Singapore.

He added that the varying levels of development among ASEAN member states would be "extremely difficult" to address in a single FTA.

"We want to have FTAs that have a common backbone so that we can build on that backbone … to have over time a region-to-region agreement," de Gucht said.

The EU is ASEAN's second largest trading partner after China.

The issue of North Korea's planned rocket launch this month was also raised at the summit this week. Pyongyang announced last month that the rocket was being launched to place a satellite into orbit, which was reportedly dismissed by the US and other nations that say it is in fact a missile test.

ASEAN leaders said in a statement at the close of the summit that they "reaffirmed" their support for "achieving denuclearization of the Korean Peninsula." 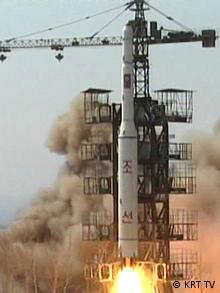 "We urged all parties concerned to exercise self-restraint and not to undertake any steps which could lead to the escalation of tensions in the Korean Peninsula," the statement read.

Albert del Rosario told reporters at the summit that member states had discussed the planned launch.

"It's creating a lot of tension especially since the launch could fall on Philippine territory and we are calling for a concerted international action to persuade North Korea not to proceed with the launch," he said.

The 10-member ASEAN grouping is comprised of Cambodia, Vietnam, Thailand, Laos, Myanmar, the Philippines, Brunei Darussalam, Singapore, Indonesia and Malaysia, which collectively account for about 600 million people in the region.

Cambodia assumed the rotating ASEAN chair from Indonesia this year.

Southeast Asian leaders are in Cambodia's capital Phnom Penh for their annual summit. Top of the agenda are developments in Myanmar; further down are maritime disputes in the South China Sea and economic integration. (03.04.2012)

Southeast Asian leaders have called on the international community to lift sanctions against Myanmar in light of Sunday's by-elections in which the pro-democracy party of Aung San Suu Kyi recorded large gains. (03.04.2012)

Myanmar gets to chair ASEAN despite rampant rights abuses

While ASEAN member states have granted the chair to Myanmar for 2014 as a show of approval for political progress, human rights groups say there has not been enough. (22.11.2011)