Displaced persons: 2019 will be one of the worst years on record

Natural disasters have already forced 7 million people from their homes in 2019. Experts expect the number to triple by the end of the year as mass displacement becomes "the norm." 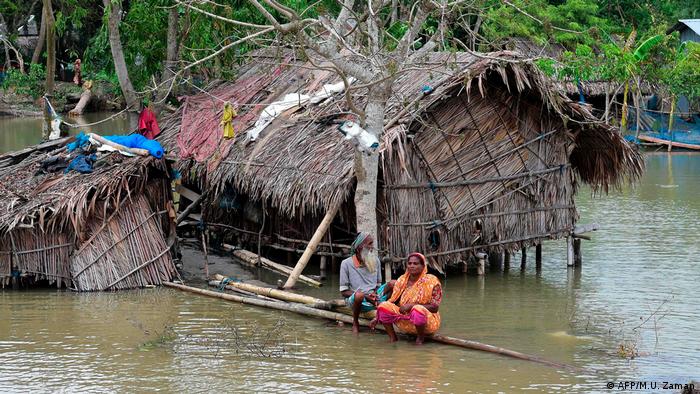 Nearly 11 million people were driven from their homes in the first half of 2019, 7 million of them because of natural catastrophes like cyclones and floods. The Internal Displacement Monitoring Centre (IDMC), an independent data monitoring organization set up by the Norwegian Refugee Council, published the figures in their mid-year report released Thursday.

That the majority have been caused by natural catastrophes suggests that displacements are becoming the new norm.

"These figures are alarmingly high, particularly as we are only half way through the year. They show that the causes of conflict and inequality are not being addressed, and that displacement is creating cyclical patterns of crisis and vulnerability,” said Alexandra Bilak, IDMC's director, in a press release.

The report points to the fallout from catastrophes like Cyclone Fani and Cyclone Ida and mass flooding in Iran as examples of extreme weather that have led to large-scale displacement.  More than 3.4 million people fled their homes as part of planned evacuations in the lead-up to Cyclone Fani.

High levels of displacement can, in certain cases, represent success, the report clarifies. While homes were lost, adequate evacuation procedures allowed the displaced to survive Cyclone Fani and return after the storm had passed.

Conflict and violence also drove 3.8 million people from their homes this year. This type of displacement took place most frequently in Syria, the Democratic Republic of Congo, Ethiopia, and Yemen.

"The international community cannot continue to ignore internally displaced people,” said Bilak. She calls for support of governmental efforts to help displaced people, foster peace, and curb the speed and effects of climate. "Only then will we be able to reduce the upheaval, trauma and impoverishment that many millions of people suffer each year, and reverse the trends laid out in this report.”