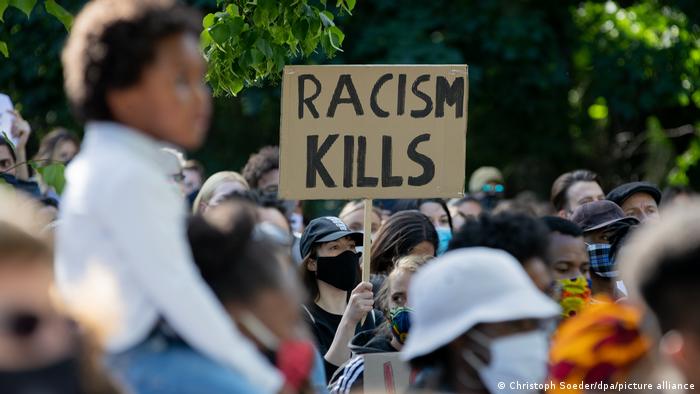 The United Nations human rights chief on Monday called for the immediate end of systemic racism around the world to avoid repeating outrages like the killing of George Floyd.

"I am calling on all states to stop denying — and start dismantling — racism; to end impunity and build trust; to listen to the voices of people of African descent; and to confront past legacies and deliver redress," Bachelet said in a video statement.

"Systemic racism needs a systemic response" to dismantle centuries of entrenched discrimination and violence, she said.

Bachelet's report came just three days after former policeman Derek Chauvin was sentenced to more than 22 years in prison for murdering Floyd in Minneapolis in May 2020.

Chauvin sentenced to 22.5 year in prison for murder of George Floyd

It seeks a "transformative" approach to address its continued impact today, hoping to build on momentum around the recent worldwide scrutiny of racism in the wake of Floyd's murder.

"There is today a momentous opportunity to achieve a turning point for racial equality and justice,'' the report said.

The report urged countries "make amends" for violence and racism against people of African descent, including financial compensation.

But Bachelet stressed that "reparations should not only be equated with financial compensation,'' adding that it should include restitution, rehabilitation, educational reforms and "guarantees'" that such injustices won't happen again.

How did the report make its findings?

The UN Human Rights Council commissioned the report during a special session last year following the murder of Floyd.

The report analyzed 190 deaths, mostly in the US, to show impunity on rights violations by police.

It also based its findings on discussions with more than 340 people — mostly of African descent — and experts; more than 100 contributions in writing, including from governments; and review of public material, the rights office said.

The report laid out cases and concerns in roughly 60 countries including Belgium, Brazil, Britain, Canada, Colombia and France.

"We could not find a single example of a state that has fully reckoned with the past or comprehensively accounted for the impacts of the lives of people of African descent today," said Mona Rishmawi, who leads a unit on nondiscrimination at the UN rights office.