A court sentenced former Minneapolis police officer Derek Chauvin to decades in prison over the killing of George Floyd, whose death sparked outrage and global protests against racial injustice. 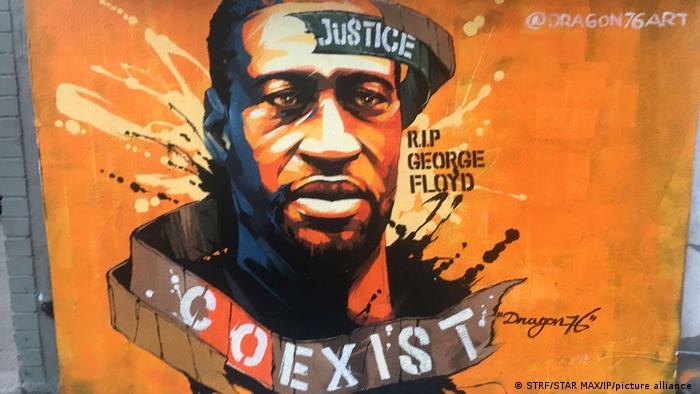 Derek Chauvin, a former police officer, was sentenced to prison for the murder of George Floyd on Friday.

He was sentenced to 22 1/2 years in prison — above what was called for in Minnesota state guidelines, but falling short of the 30 years requested by prosecutors.

In April, Chauvin was found guilty of killing Floyd, a 46-year-old Black man, after kneeling on his neck for over nine minutes while arresting him in May last year.

Floyd's death sparked outrage and protests against police violence and racial discrimination across the US and the world.

While handing down the sentence, Judge Peter Cahill told Floyd's family: "I acknowledge and hear the pain that you're feeling."

Addressing Chauvin, the judge said the sentence was "based on your abuse of a position of trust and authority and also the particular cruelty shown to George Floyd.''

Chauvin sentenced to 22.5 year in prison for murder of George Floyd

Prior to the decision, Floyd's relatives spoke out in favor of a harsh sentence for Chauvin at the court on Friday.

"We don't want to see no more slaps on the wrist. We've been through that already," one of his brothers, Terrence Floyd, said during the hearing.

He also spoke directly to Chauvin, asking him: "What were you thinking, what was going through your head, when you had your knee on my brother's neck?"

In a video message, Floyd's 7-year-old daughter, Gianna, said if she could say something to her father it would be: "I miss you and I love you."

Chauvin also addressed the judge in a statement, offering his "condolences" to Floyd's family.

Is the case finished?

While the sentencing has been seen as a momentous day, DW correspondent Stefan Simons noted that the legal proceedings against Chauvin aren't over yet.

"There is an appeal expected. The defense has about 90 days to file an appeal," he said from outside the courthouse in Minneapolis.

The second reason is that there is a federal case still pending against the former police officer.

"That is a civil rights case from federal prosecutors. There's not even a court date for this," Simons said.

What was the reaction to the sentence?

US President Joe Biden called the sentence "appropriate" in comments to reporters.

Others found the sentence to be too lenient.

The lawyer for Floyd's family, Ben Crump, described it as "historic" and as bringing the country "one step closer to healing."

Crump and Sharpton also both called for federal sentencing of Chauvin.

"We understand that there are still federal charges pending. So as his brothers and his family ask for the maximum, we're still holding out for the maximum,'' said Crump.

Sharpton said that if Chauvin is convicted federally, the federal sentence could ensure more time in prison for Chauvin, "which is why we are saying that we still want full justice."

"Today’s sentencing of Derek Chauvin is another step towards accountability for the murder of George Floyd, but it does not bring us true justice. It’s long past time for the Senate to pass police reforms," she tweeted.

What happened during the trial?

Chauvin, a 45-year-old white man, was filmed kneeling on Floyd's neck for 9 1/2 minutes during an arrest in Minneapolis in May 2020.

He was convicted on the charges of second-degree unintentional murder, third-degree murder and second-degree manslaughter due to his role in Floyd's killing.

Minnesota guidelines recommended about 12 1/2 years in prison, but prosecutors pushed for a 30-year sentence.

Prosecutors argued that there were aggravating circumstances that warranted the harsher punishment — saying the way Floyd died amounted to "torture."

Three other former Minneapolis officers who directly observed Floyd's killing by Chauvin are expected to go on trial next.

Floyd's killing sparked massive Black Lives Matter protests across the US that spread to other countries. His death launched a nationwide debate on race relations and police brutality in contemporary America.