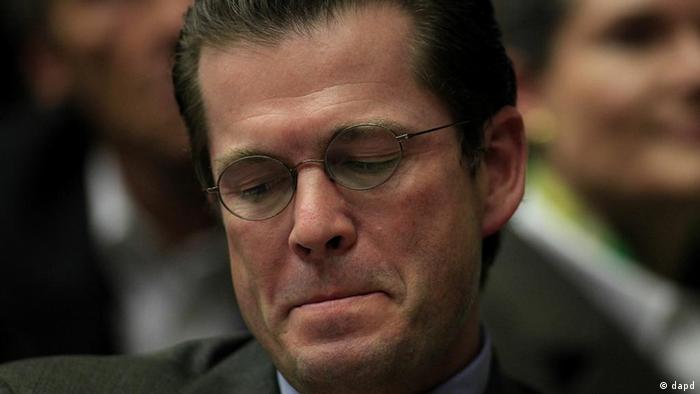 Guttenberg is thinking over a return to German politics

Bavaria's district administrator and CSU district chairman in the relevant electoral district of Upper Franconia, Christian Meissner, had asked Guttenberg for a meeting within the next four to five weeks, Der Spiegel news magazine reported on Sunday.

Guttenberg had replied by text message: "Let's do it."

Guttenberg had resigned from German government in March 2011 after the discovery that he had plagiarized in his doctoral thesis. Before - and even during - the plagiarism scandal, he consistently polled among Germany's most popular politicians.

After making a 20,000 euro ($25,400) donation to a charity, prosecutors dropped plagiarism charges against him.

The CSU-district chief and Interior Minister Hans-Peter Friedrich is also interested in knowing if the ever-popular Guttenberg would seek to re-enter politics. The report asserted Friedrich wants to have a firm idea on Guttenberg's candidacy by the end of January when the erstwhile minister will be in Germany to give a speech in Aachen.

Bavarian state premier and CSU leader Horst Seehofer said in December he would lend his support to Guttenberg's return to politics.

After spending time in the United States, Guttenberg was named an advisor to the European Commission in December and given an honorary position in the department dealing with Internet freedom.

Karl-Theodor zu Guttenberg, who was forced out of Chancellor Angela Merkel's cabinet for plagiarizing parts of his doctoral thesis, has been given an honorary post as an EU adviser for Internet freedom. (12.12.2011)

The Isar 2 plant in Bavaria is set to close down for about a week while it undergoes maintenance to repair a leak. The Environment Ministry says the reactor damage will not result in any safety compromises.