Discrimination remains a major problem in Germany | Germany | News and in-depth reporting from Berlin and beyond | DW | 16.08.2022 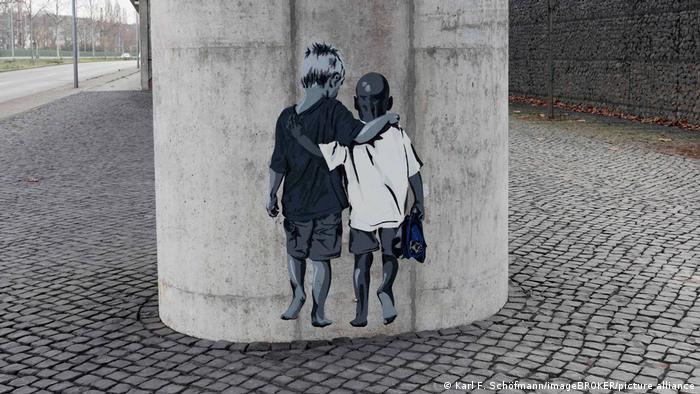 Ferda Ataman, Germany's recently appointed anti-discrimination commissioner warned of the enduring problem of inequity in the country, as she revealed details of the official annual report focusing on the issue.

The analysis showed that in the year 2021, Germany's Federal Anti-Discrimination Agency (FADA) received its second highest number of discrimination cases over a 12-month period since the body's inception in 2006.

Ataman cited three recent examples: A wheelchair user had not been allowed to ride on a public bus; a young woman had been asked in a job interview whether she was planning to get pregnant; a lesbian couple was denied an apartment because they "did not fit in with the living environment." The everyday experiences illustrate a far-reaching problem. 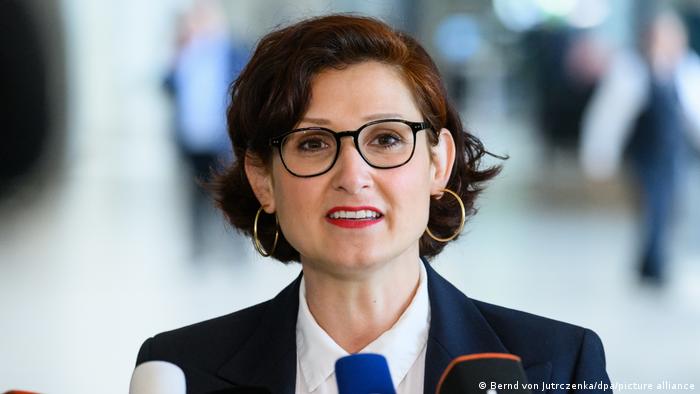 In 2006 the federal parliament, the Bundestag passed the "General Equal Treatment Act" (AGG) known as the "Anti-Discrimination Act." It was the basis for setting up the agency Ataman now heads, which bundles work to protect against discrimination on the grounds of gender or age, physical impairments or ethnic origin, religion and belief, or sexual identity. By setting up the agency, Germany implemented European anti-discrimination directives from 2000 to 2004 for all EU member states.

"The number of discrimination cases described to us is alarming," Ataman said as she presented the annual report. But it also shows that more and more people are not tolerating discrimination and are taking the initiative by reporting it, she added.

The previous year saw a record number of 6383 complaints, but many of those were related to perceived discrimination in connection with restrictions to fight the COVID pandemic, such as people refusing to wear face masks and complaining of being excluded from public life. 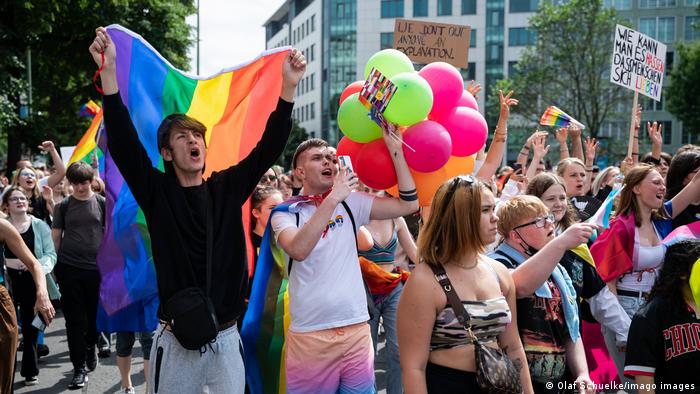 'United in Love Against hate, war and discrimination' was the motto of this summer's CSD parade in Berlin

Ataman appealed to the German government to give those suffering discrimination more opportunities to "assert their rights" as the current legal situation "puts obstacles in the way."

For instance, the deadlines for filing complaints should be extended — from the current eight weeks to one year, not least because women who have suffered sexual harassment at work often need longer to report the incident, the commissioner argued.

The presentation of the 2021 annual report was the first major media appearance of Ataman in her new role. The Bundestag elected the 42-year-old Ataman, who was born in Stuttgart, Germany, to Turkish parents, at the beginning of July, following weeks of heated debate, during which the conservative opposition accused her of being a "left-wing activist" and of downplaying an Islamist threat.

Ataman, who belongs to a self-confident generation of young Germans with an immigrant background, is not afraid to argue her opinion and even to polarize.

What’s it like to be black and queer in Germany?

Before presenting her report on Tuesday, August 26, Ataman said on public television that the problem of discrimination in Germany was even more widespread than what the official statistics show. She told ARD's "Morgenmagazin" television program that some "13 million people" in Germany had been discriminated against over the past five years. She said this was based on data extrapolated from a separate survey.

During the presentation of the 2021 report, argued that her agency should have a wider mandate beyond the private economic sector, but should be extended to include discrimination by public institutions like schools, police, and government agencies.

Today, she said, there are also challenges in protecting against discrimination that were not at all foreseeable in 2006. "How do we deal with discrimination when it's not a human but a computer that makes the controversial decision?" she asked, citing as an example the automated handling of applications for a job or an apartment. The Anti-Discrimination Agency is currently working on a legal opinion on this.

Racism in Germany is part of everyday life

Most Germans recognize that racism exists in their society, affecting not only minorities but everybody who lives here. The country's first National Discrimination and Racism report has found some surprising results.

Women with disabilities in Germany face double discrimination at university

According to a UN convention signed by Germany, persons with disabilities have a right to equal and full access to public life, including university education. Three female academics tell DW how this is far from reality.