There is a growing market for diapers for old people, but soiled nappies create a lot of environmental waste. Now, companies in Japan are inventing new ways of cleaning up the mess and producing energy. 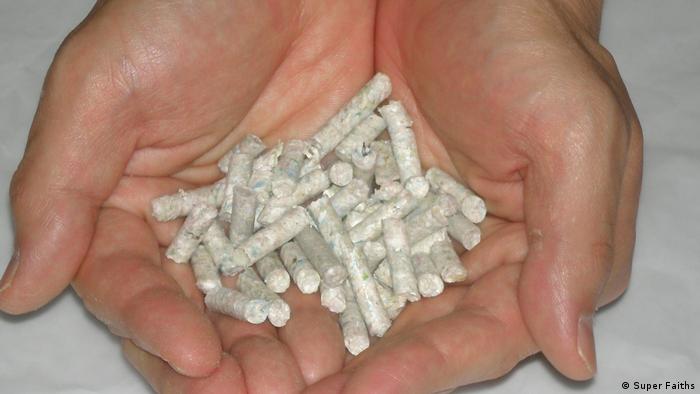 From used diapers to clean fuel for electricity in 24 hours — that was Yukihiro Kimura's vision back in 2004. Six years later, his company created the first machine to do exactly that.

"The trigger was when I understood that diapers are treated as combustible waste. It meant that we could use them as fuel. The idea led to the development of the project," Kimura, CEO of Super Faiths, told DW.

Super Faiths' machines can turn used adult diapers from hospitals, households and nursing homes into almost odorless, ash-colored fuel pellets. The soiled diapers go through intense shredding, fermentation, drying and a heating process that kills any remaining bacteria. The pellets are then sent to biomass boilers for heating up water or generating electricity.

The processors, called SFD systems, can each treat about 600 kilograms (1,300 pounds) of used diapers per day and generate enough electricity to power a lightbulb for four days straight.

Japan is home to one of the fastest aging populations in the world. The United Nations projects that by 2050, one in six people in the world will be over the age of 65. That is a far cry below Tokyo's national estimate. Government data shows that one in three Japanese in 2033 will be over 65 and will account for nearly 40% of the country's population by 2060.

That explains the burgeoning market of adult diaper products. Reuters reported that the global market for incontinence-related products was valued at $9 billion (€7.46 billion) in 2018. American research firm Fortune Business Insights even went as far as to project that the value of the adult diapers market could hit nearly $20 billion by 2026, with a 7% yearly growth rate.

Currently, Japan produces about 23.5 billion paper diapers each year, of which 8.4 billion are for adults in care facilities and medical institutions, according to a 2020 study. The majority of these diapers from households are collected and incinerated by local authorities, accounting for about 6 to 7% of combustible household waste. Those from nursing care facilities and hospitals are collected and incinerated by special disposal companies.

The study also found that using recycled pulp as materials for paper diapers can cut greenhouse gas emissions by 39%, compared to landfill and incineration.

Companies in Japan are expected to pursue new technologies for generating sustainable electricity as the country aims to cut greenhouse gas emissions to zero by 2050. The government is also considering raising financial incentives for such investment, according to a Reuters report.

One of the market leaders in adult diaper products, Unicharm, has developed a technology to recycle used diapers. Its prototype can process 550 tons of used disposable diapers a year. The end product is pulp, the material used for making the paper fluff in disposable diapers, according to Unicharm spokesperson Hitoshi Watanabe. The recycled adult diaper is set to hit the market in 2022.

"The recycling facility is expected to be able to recover hundreds of kilograms of high-quality pulp from four tons of used diapers. It is expected to reduce greenhouse gases by 30% or more compared to [when diapers go through] incineration," Watanabe told DW.

The company also reuses wastewater for cleaning and separating used diapers. The remaining wastewater is then purified to generate electricity by using a microbial fuel cell, which converts organics in wastewater directly to power.

The company is cooperating with municipalities in Tokyo to collect used disposable diapers from nursery homes for elderly and child day-care centers. 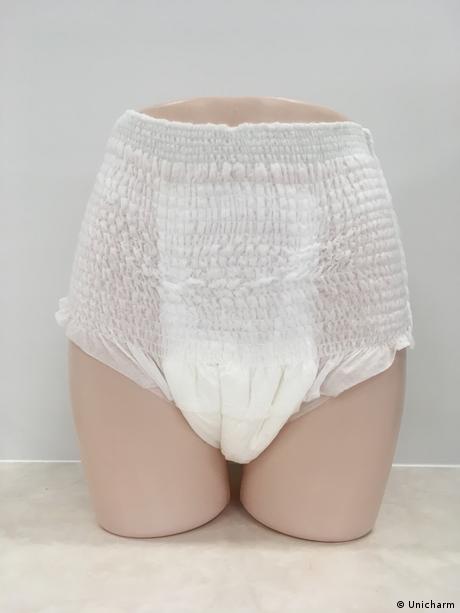 Biomass from used adult diapers can be used to produce electricity

The location of the processors is key for limiting CO2 emissions, Jeffrey Scott Cross, a professor at the Department of Transdisciplinary Science and Engineering at the Tokyo Institute of Technology School of Environment and Society, told DW.

"Given that used diapers are bulky, ideally to reduce collection and transportation cost to a site of recycling, it would be good to have the recycling equipment centrally located at or near hospitals or senior citizen care centers where there are many diapers," he added.

The recycled pulp from the process can be used as a raw material in building construction, while the segregated plastic was said to be reused as solid fuel — by heating the waste plastic with air or steam to produce a gas that can be used to make diesel and petrol. About 80% of the wastewater is reused.

The company said it processed about 4,439 tons of used diapers each year, saving 1,220 tons of carbon emissions or about 40% of that produced from diaper incineration.

Asked if this kind of technology has a large potential and effectiveness in reducing carbon emissions, emissions expert Cross said, "Recycling disposed diapers to extract pulp and chemicals would be more environmentally friendly, but it depends on the overall energy — electricity and gas consumed — and materials used to recycle the diaper components or produce the pellets."

"If the diapers use pulp derived from wood, then burning the pellets created to produce electricity ... would not increase CO2 net emissions depending on the source of energy used to produce the pellets," he added.

Cross believes that the initiative by Japanese firms to develop and optimize recycling technologies for used disposable diapers and generate green electricity is part of a holistic approach to business.