The director is the first Mexican to preside over the Cannes film festival jury as it decides the latest Palme d'Or winner. The eight-time Oscar awardee is rightly regarded as one of the best filmmakers of his time.

Although he doesn't yet have a Palm d'Or in his collection, Mexican director Alejandro González Iñárritu was crowned best director at Cannes for Babel (2006), and has won most other world cinema prizes, including back-to-back best film Oscars for Birdman (2014) and The Revenant (2015).

Born in Mexico City in 1963, Iñárritu released his feature film debut Amores Perros in a side competition in Cannes in 2000 and took home two prizes. Paving the way for Mexico's film renaissance also driven by the likes of Alfonso Cuaron (Y Tu Mama Tambien), Iñárritu is today regarded as one of the most artistically influential directors in the world — while having also achieved significant box office success. 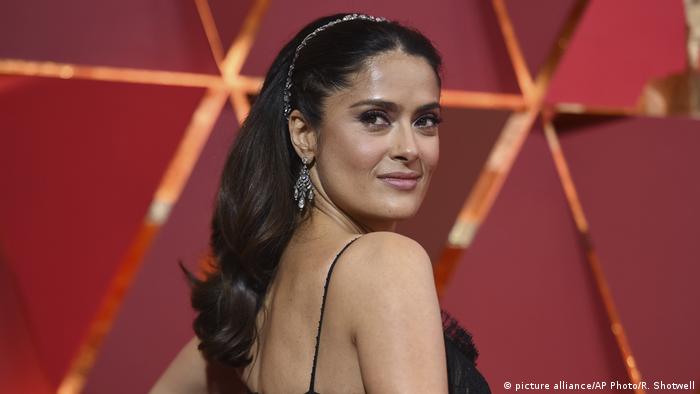 In recent years, movies from Mexican filmmakers like Iñárritu, Cuarón or Guillermo del Toro have continued to triumph at festivals, and at the Oscars and Cannes — del Toro won best director and best film Academy Awards in 2018 for The Shape of Water.

Mexican filmmakers have also received awards at the Berlin Film Festival, including Manuel Alcala and Alonso Ruizpalacios, who won the Silver Bear for best screenplay at the 2018 Berlinale for Museum. Meanwhile, directors like Carlos Reygadas or Amat Escalante (The Untamed), may not yet be as well known as Iñárritu and co., but have nonetheless received numerous accolades.

Not least because of the great attention paid to Mexican filmmakers in the US and Europe, Iñárritu now has the honor of being the first filmmaker in his country to preside over the International Jury in Cannes.


'Artist of his time'

Iñárritu is "not only a daring filmmaker full of surprises, but also a man of conviction, an artist of his time,” enthused director of the Cannes Festival, Thierry Fremaux, when he recently announced who would be competing in 2019 for the Golden and Silver Palms.

Iñárritu is supported by seven prominent colleagues. From the directoral side, he is joined by Greek Oscar-winning director Yorgos Lanthimos (The Favorite), Polish filmmaker Pawel Pawlikowski, Robin Campillo from France, Italian director Alice Rohrwacher, and Kelly Reichhardt from the United States. In addition, his jury is comprised of actresses Elle Fanning from the USA and Maimouna N'Diaye from Burkina Faso, as well as French cartoonist and filmmaker Enki Bilal.

Speaking at a press conference in Cannes to mark the opening of the 72nd film festival, Iñárritu spoke of the importance of the communal cinema experience, as opposed to merely "seeing" TV.

"To watch is not to see a film," he said. “To see is to not to experience. Cinema was born to be experienced in a communal experience.”

As Iñárritu presides over the jury at a Cannes film festival that has shunned Netflix content, no doubt he will be pushing for a Palm d'Or winner with true cinematic appeal.

Triumph after triumph — that's Inarritu's career in a nutshell. He was presented with a special award for his groundbreaking virtual reality experience movie "Carne y Arena." (10.11.2017)

Twenty years ago, he helped kick off Mexico's movie renaissance. Now he's in charge of the jury at the world's most important film festival. There is plenty to know about the famous Mexican director. (14.05.2019)

Triumph after triumph — that's Inárritu's career in a nutshell. Now receiving a special award for his groundbreaking virtual reality experience movie "Carne y Arena," here's a look back at his best works. (10.11.2017)