Triumph after triumph — that's Inarritu's career in a nutshell. He was presented with a special award for his groundbreaking virtual reality experience movie "Carne y Arena."

The Mexican director ("Birdman," "The Revenant") received the prize at a gala event in Los Angeles on Saturday.

The Special Award Oscar is exceptional because it is not awarded annually, like the others. A mere 18 Special Award Oscars have been granted in the 90-year-history of the Academy Awards, the last one given out in 1996 in recognition of John Lasseter's "Toy Story," the first fully computer-generated feature film.

The Academy's committee agreed to honor Inarritu's latest project "Carne y Arena" ("Meat and Sand"), which premiered during this year's Cannes festival. The virtual reality project plunges "viewers into the harsh life of an immigrant"  thanks to VR glasses that allow participants to experience the seven-minute narrative first-hand. 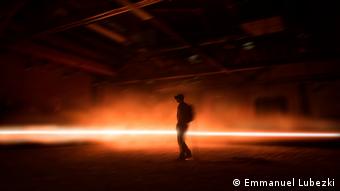 The setting of "Carne y Arena"

The calls for help by desperate Mexicans trying to cross the border to the US and the barking of the dogs unleashed by border guards can be heard via headphones.

To make the whole thing even more authentic, visitors walk barefoot over a floor covered with sand and stones.

The Academy said it recognizes its visionary and powerful experience in storytelling: "The Governors of the Academy are proud to present a special Oscar to Carne y Arena, in which Alejandro Inarritu and his cinematographer Emmanuel Lubezki have opened for us new doors of cinematic perception," said Academy president John Bailey.

"It is a deeply emotional and physically immersive venture into the world of migrants crossing the desert of the American southwest in early dawn light. More than even a creative breakthrough in the still emerging form of virtual reality, it viscerally connects us to the hot-button political and social realities of the US-Mexico border," he added. 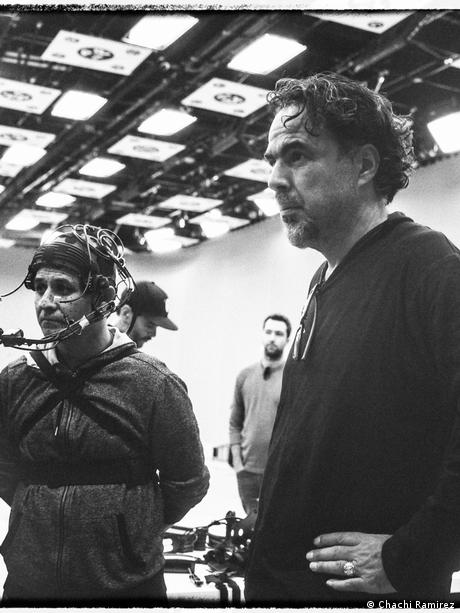 Alejandro González Iñárritu on the set of "Carne y Arena"

The film can be currently experienced in Milan at Fondazione Prada, which co-created the project, and at Los Angeles County Museum of Art and the Tlatelolco Museum in Mexico City.

As a director, producer and screenwriter, Inarritu has won several Oscar awards and two Golden Globes and a Directors Guild of America award.

Triumph after triumph — that's Inárritu's career in a nutshell. Now receiving a special award for his groundbreaking virtual reality experience movie "Carne y Arena," here's a look back at his best works. (10.11.2017)