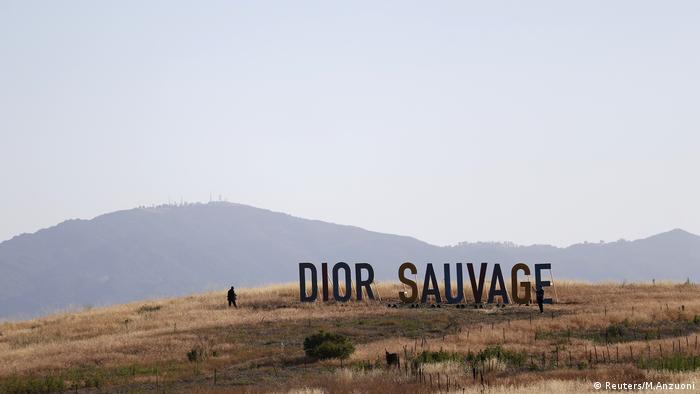 A Christian Dior promotional video for its Sauvage cologne was pulled on Friday following widespread criticism on social media, with critics accusing the company of cultural appropriation.

Dior has produced Sauvage since the mid-1960s and has used Hollywood actor Johnny Depp in recent years to promote it. But the new advertising campaign paired them with Native American imagery, deepening wounds among a population whose ancestors were called savages and systematically killed.

In French, sauvage has a variety of meanings, including wild, unspoiled and savage.

The video, which featured Johnny Depp, showed a Lakota dancer in colorful clothing that the company said embodied modern Native American culture, and promised more details on the fragrance Monday.

The trailer and videos drew heavy criticism, with many calling them racist and accusing the company of cultural appropriation. The videos were removed from Dior's Instagram and Twitter accounts hours later, although they still appeared on some unrelated accounts devoted to Depp.

Dior worked with Americans for Indian Opportunity, a respected but sometimes controversial consulting firm based in Albuquerque, New Mexico, on the campaign. The same group ceremoniously adopted Depp as an honorary member of the Comanche Nation while he was filming the 2013 adaptation of "The Lone Ranger."

Executive director Laura Harris said she expected the backlash but wanted to ensure that it would educate people on indigenous values and philosophy.

"Our aim was, hopefully, that the controversy would do exactly what it's done on social media and raise people's awareness," she told The Associated Press.

Only two years after the end of World War II, the French couturier presented a collection that symbolized not only a departure from previous styles, but the beginning of a new society. (10.02.2017)

Is there a more iconic silhouette than Christian Dior's New Look? Marking 70 years since the start of the fashion house, a Paris museum is hosting a huge retrospective on the life and work of the world-famous designer. (05.07.2017)

The customers of traditional French fashion house Dior are typically female. But until now all head designers working here were men. Italian designer Maria Grazia Chiuri is the first woman to fill that position. (04.10.2016)