International activists have urged the authorities in Montenegro to release reporter Jovo Martinovic, arrested in a crackdown on a drug syndicate. The government claims his arrest has "nothing to do" with journalism. 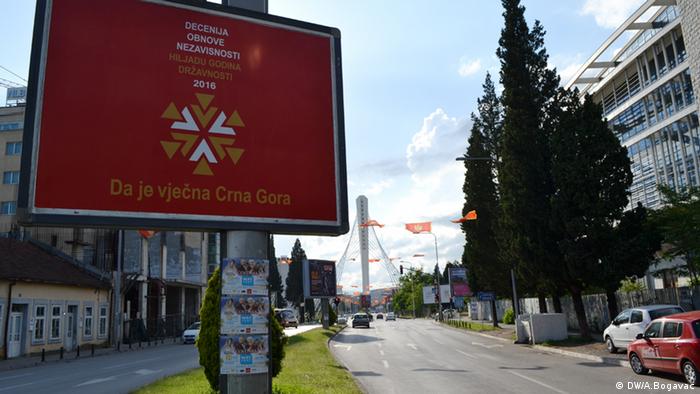 Montenegrin prosecutors suspect Martinovic of criminal association and the production and sale of drugs. Authorities arrested the investigative reporter, who made his reputation writing about crime and corruption, in a police push against a drug-trafficking ring in 2015. He has spent over 11 months in prison without trial, activists said Friday. No trial date has been set.

"It's a very strange case," veteran media activist Milka Tadic-Mijovic told DW. "The man was arrested on suspicion of criminal activity because of his contacts with people accused of smuggling narcotics. Interestingly enough, he was contacting those people because he was doing his work as a journalist."

At the moment of his arrest, Martinovic was working on a gun-smuggling story, Tadic-Mijovic said. He was also doing research on members of the crime syndicate that were arrested with him.

"Accusations against him are very slim – they include a claim that he installed Viber (a popular mobile messaging app) for one of the suspects," she said.

Human Rights Watch, Reporters Without Borders, and the Committee to Protect Journalists all called for Martinovic's release earlier this week. In a letter to Montenegro's long-ruling Prime Minister Milo Djukanovic the three organizations expressed concern that the detention was "motivated by his work as an investigative journalist rather than in response to an alleged criminal act."

Martinovic has worked for many international media outlets including The Economist, Newsday, Süddeutsche Zeitung, The Financial Times, and VICE media group. During his career, Martinovic gathered a large amount of material that could lead "many people to be afraid of him," Tadic-Mijovic said.

"Many of those jobs that Jovo took on, as well as other independent journalists, relate to more than just criminal groups. They are also linked with people from the state structures who often associate with criminal groups," she said. "That makes me afraid that this case might be aimed to rein in Jovo and prevent his research."

The government has previously presented incriminating statements against Martinovic from two of the co-accused, who were reportedly cooperating with the authorities in return for reduced sentences. Last month, however, the independent daily "Vijesti" alleged that a special prosecutor had applied pressure on the suspects to implicate Martinovic.

The prosecutors delayed setting a date to start the trial, Fred Abrahams, Associate Director of Human Rights Watch, told DW. The authorities shared the details of the case with Martinovic's defense only after the open letter from international advocacy groups, he added.

"The government has only now, in the last few days, provided Martinovic's lawyer with the full case file," said Abrahams. "It is 750 pages, which suggests that maybe there is a tactic to drown the defense with documents."

Montenegro, the ex-Yugoslav state with some 620,000 people, has completed its ascension talks with NATO and is well on its way to joining the EU. The case of Martinovic has raised new questions about press freedom in the Balkans, where several other developing states are also pursuing EU membership.

"We, the media and human rights organizations are following the case, and so is Brussels," Abrahams said. "And if Montenegro wants to join the European community, there are standards of rule of law and press freedom that must be respected."

'No attention to pressure'

In the letter to Prime Minister Djukanovic, activists from Human Rights Watch, Reporters Without Borders, and the Committee to Protect Journalists also cited international accords and European standards on media freedom.

The government, however, responded that Martinovic is suspected of crimes that "have nothing to do with the profession of reporting and journalism."

Government spokesman Srdjan Kusovac issued a statement saying that "the prime minister as the head of the executive branch does not have, cannot have, and should not have any competency or influence over another branch of government."

"For this reason it is strange that you chose to address your letter to him," he added.

"We took these findings and assessments seriously and we are determined, as a serious government and state, to overcome those challenges," he said. "We intend to continue with an even stronger determination and efficiency to work to this end, paying no attention to pressure, regardless of its origin."

The court has rejected two demands for bail since Martinovic was arrested last October.

"We are asking for Jovo to be released and allowed to defend himself like a normal person," Tadic-Mijovic, who is also the editor of Montenegran weekly "Monitor," told DW. "I find it unbelievable that he has spent almost a year in jail."

The activist also accused the government in Podgorica and people close to the prime minister of running a campaign against independent media in the small European country. She alleged "solid, decades-old ties" between organized crime and some of the top state officials.

"Using all this pressure, the Montenegrin government is trying to prevent us from writing about abuse of power, crime, corruption and the cooperation between criminals and political elites in Montenegro," Tadic-Mijovic said.

Despite pressures from the EU, Podgorica was implementing only superficial reforms to appease Brussels, she added.

"On the issues of media freedom, corruption, organized crime and rule of law, the authorities in Montenegro still have no desire to do what Brussels is telling them," Tadic-Mijovic said.

'It is getting worse'

Tea Gorjanc-Prelevic, the head of the Human Rights Action NGO in Montenegro, also decried the violence against independent reporters.

"All of the more serious attacks on journalists have targeted reporters working for Vijesti and Dan, the outlets that do research and criticize the government. Those attacks were never seriously investigated," she told DW. "Nobody is ever held responsible for such failures in investigation. Nobody is replaced, they just keep pursing their careers. This creates an atmosphere of impunity."

Journalists in neighboring countries face similar problems, according to the activist.

Nina Ognianova from the Committee to Protect Journalists also lamented the "synergy of politics, corruption, and organized crime in the Balkans" saying that independent media were "not given oxygen to exist and to thrive."

"It is those publications that are pushing the envelope that are in the biggest trouble," she told DW, adding that the pressure also stemmed from the "servile pro-government media."

The situation has continued to deteriorate during recent years, according to Ognianova.

"I would say it is getting worse. The space for independent journalism and independent reporting is contracting, not expanding," she said.