Despite differences, Europe and Obama are still going strong | News and current affairs from Germany and around the world | DW | 17.03.2011

Despite differences, Europe and Obama are still going strong

Europe's Obama-mania has cooled over the past two years, but most Europeans still give the US president high marks. In fact, Barack Obama is more popular in Europe than he is in America, writes Dan Hamilton. 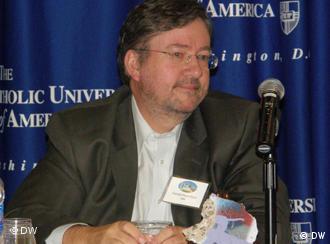 Some European elites, however, feel that their affections have been spurned by a US president who approaches the trans-Atlantic partnership far more pragmatically and with less of a eurocentric focus than many had hoped or expected.

The commitment to common values is strong and real. But Europe has stopped being the central challenge to US foreign policy, as it was in the 20th century. Obama's team judges the value of trans-Atlantic partnership today largely in relation to Europe's willingness and ability to tackle, together with the US, a host of problems far beyond European shores. This can be unnerving to those accustomed to having Americans instinctively turn first to Europe on most major issues.

Most Europeans want Obama to succeed. But they also want him to deliver on issues important to them. Yet on challenges ranging from climate change to data privacy and Guantanamo, the US hasn't necessarily obliged. Moreover, Berlin, London and other austerity-minded governments opposed Obama's call to jumpstart economic recovery by printing money and boosting government spending. 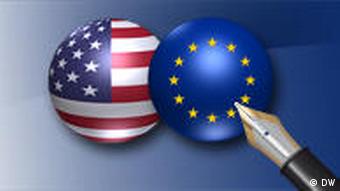 European leaders have glumly gone along with the president's plans for stabilization and drawdown in Afghanistan, but there is widespread doubt about the nature, purpose and prospects of Western engagement. And while Obama's "reset" policy with Russia is popular with most Western Europeans, some in Central and Eastern Europe have worried that the administration could be tempted to accommodate Russian interests at their expense.

For all these reasons, Obama's overall popularity has not necessarily translated into full trans-Atlantic agreement on key priorities. In addition, Europeans also often neglect the domestic constraints on the President's freedom of maneuver - including an anemic economy, stubborn unemployment, and a Congress jealous of its prerogatives and itself divided between a Republican majority in one chamber and a Democratic majority in the other.

On balance, however, European-American differences, while important, matter less than the renewed sense of common cause Europeans and Americans have found on core issues over the past few years.

Both share concern about Iran acquiring nuclear weapons and have worked closely to impose extensive sanctions while keeping the negotiations track open. US-EU links in the Balkans are relatively strong, generally aligned, and still needed, given continued turbulence in the region. The US and EU have agreed on new arrangements to join together in civilian crisis management operations, and Washington and its allies are working closely to fight al-Qaeda in the Islamic Maghreb. And after some turmoil, the European Parliament approved a US-EU agreement to share financial data as part of their efforts to combat terrorism.

Worries of 'G2' are fading

Moreover, the NATO summit and its new Strategic Concept successfully balanced Eastern European concerns about security with an overall effort to improve relations with Russia. Most Europeans support the administration's efforts to reenergize arms control, and cheered ratification of the New START Treaty. Shared efforts to expand and diversify Europe's energy links are making progress. And finally, there is greater cooperation in development policies and humanitarian assistance.

On the economic front, new agreements to foster energy innovation and to align standards in e-health and in areas such as electric cars show promise. And the superficial concern that the US and China were likely to form a G2 and exclude Europeans from decision-making on crucial issues seems to have faded, as a host of irritants in US-Chinese relations have come to the fore.

After some early stumbles in their response to the grass-roots revolutions sweeping Tunisia, Egypt and other parts of the Islamic world, the US and Europe quickly subordinated their concerns about potential instability to an overall message of support for peaceful democratic change. Close partnership will be important as the Middle East and parts of the Maghreb undergo fundamental changes.

The relationship is certain to face other tests during the next two years of Obama's presidency. But beyond any particular issue looms a larger challenge: the need to understand that the European-American relationship, while indispensable, is insufficient to the dangers posed by the new world rising before us.

Challenges such as Afghanistan, Pakistan and Iran, global economic governance and climate change offer tough tradeoffs and few easy choices. And while very few such challenges can be addressed without close transatlantic partnership, almost none can be tackled effectively by Europe and America alone.