Solar power is considered both clean and cheap and it could generate more energy than all the world’s nuclear plants. But the production of solar cells, the heart of the technology, may not be as clean as is believed. 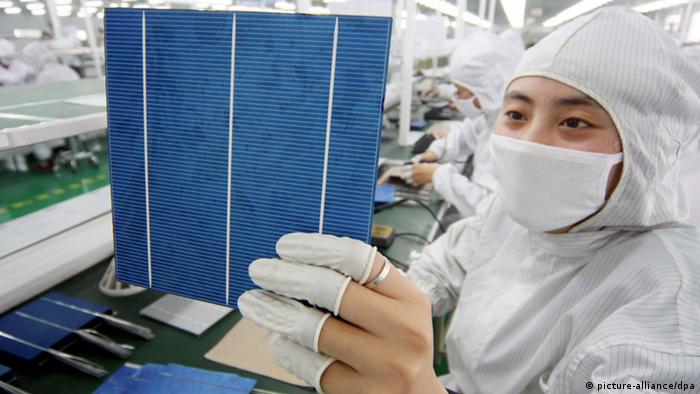 The tiny island of Tokelau in the South Pacific may have the smallest economy in the world, but it boasts an outsized reputation when it comes to green energy. Since 2012, Tokelau has been meeting its entire energy needs with solar energy, thanks to 4,032 solar photovoltaic panels.

There are several reasons for the island’s switch to renewables. Tokelau’s “Renewable Energy Project “ which is funded by New Zealand, is meant to protect the region’s fragile ecosystem.

In addition, it’s cut the island’s reliance on oil imports. Before the move to clean energy, Tokelau was forced to import mass quantities of oil, a costly process. Since Tokelau is so remote, simply shipping large-scale quantities of oil across the high seas to the island’s shores was a dangerous endeavor. 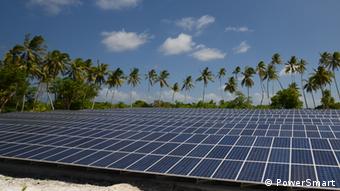 Tokelau has more than 4,000 PV panels and is the first country in the world powered completely by solar energy

Jonathan King, New Zealand’s administrator for Tokelau, believes the rest of the world should follow the island’s lead. “Tokelau is a global pioneer in renewable energies. Larger countries should use our experience as a benchmark for their own efforts in the renewable energy sector,” he says.

Solar energy has a bright future worldwide, according to Armin Aberle, the CEO of the Solar Energy Research Institute of Singapore (SERIS). “It’s very likely that solar energy will become the most important source of energy in the course of this century, ahead of oil, coal or gas,“ he says.

“Right now, installed solar power capacity around the world has reached about 100 gigawatts of peak power. That means they produce as much electricity as about 20 nuclear plants – and that is a great success story.“ 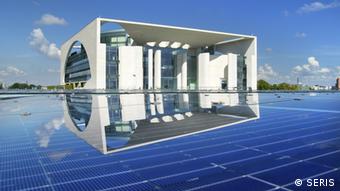 Some 1,300 square meters of solar modules extend across the roof of the chancellery in the German capital Berlin

With installed photovoltaic capacity at 32.4 gigawatts, Germany is currently the largest producer and consumer of solar electricity, followed by Spain and Italy. But other countries, including China, the US, Japan and Australia, are catching up as they build huge solar plants and expand their photovoltaic capabilities. The industry is poised for huge growth and the prospects are promising, Aberle says.

“Solar power is rapidly getting cheaper. We have actually reached grid parity in large parts of Germany, which means that self-generated solar electricity now ends up costing consumers the same as the electricity they would get through the grid,” he says. “In sunnier countries like Italy and Australia, solar power is already markedly cheaper than grid electricity – it’s around 10 to 15 euro cents per kilowatt hour,” he says, adding it’s a trend that’s likely to continue.

“In the coming years, solar electricity will get so cheap that countries with high power grid costs will practically end up putting solar panels on each house, simply for economic reasons. Photovoltaic will help people save money and do something good for the environment as well,” Aberle says.

Not so clean production?

Indeed, solar energy is considered as one of the most environmentally-friendly sources of energy. It’s a decentralized system, and the source of the energy – the sun – is both free and limitless. It’s no surprise, then, that photovoltaics is believed to be the best energy investment for the future. The Federal Environment Agency in Germany has called photovoltaics a “very environmentally-friendly technology” because no emissions are created as it works.

But PV’s green credentials are more complex than meets the eye. Much depends on the kind of energy used during the production process. If solar panels are manufactured using electricity from coal-burning plants, they indirectly emit greenhouse gas emissions. That makes them less clean than a panel that’s manufactured using renewable energy.

What’s worse, harmful chemicals are increasingly used to manufacture solar cells in certain panels. Previously, one such chemical widely used was sulfurhexafluoride (SF6), a substance 22,800 times more dangerous to the environment than CO2, according to the Intergovernmental Panel on Climate Change (IPCC).

It was gradually replaced by nitrogen trifluoride (NF3), a chemical that is still 17,200 times more harmful than CO2. 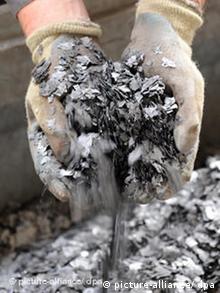 Still, the Federal Environment Agency in Germany says those problems are being addressed. NF3 disintegrates during the production process, and much of the chemical’s emissions can be offset by recycling the exhaust gas. The agency says the use of NF3 is technically not essential in the production of solar panels since there are alternatives that can be used.

In recent years, solar companies in Germany have been working on alternative technologies to replace NF3 for good. But as photovoltaic production increasingly shifts east to Asia, it’s important that alternatives to NF3 are used in the production process there too. That however depends on the environmental guidelines and policies of individual countries.

Experts point out that solar is not the only industry struggling with NF3. The chemical is used even more widely in the production of semiconductors and flat screens. Armin Aberle says when it comes to environmental impact, building solar panels is just as harmful as producing a cell phone or flat screen TV.

Another factor that plays a key role in determining the solar industry’s carbon footprint is disposal of photovoltaic panels. That’s specially true for so-called thin film solar cells, which are supple and can be sewn into clothes or hiking gear.

A part of the thin film cell contains cadmium telluride, a highly toxic substance that cannot be allowed to come in contact with the atmosphere. It needs to be captured and recycled. Most manufacturers refrain from using the substance in the first place to avoid dealing with the difficult recycling process.

Instead, most resort to crystalline silicon, which is made up of easily recyclable materials like glass, aluminum, copper and plastic foil, along with silicon. These are also easier to dispose.

Solar modules have an expected lifespan of 20 to 30 years, Amin Aberle says. So, most have not yet reached the end of their useful lives and hence disposal of the panels and takeback programs are not pressing issues.

But now, before a significant number of dead panels pile up, the European Union already has laws in place to make manufacturers responsible for the disposal of their solar panels.

Despite problems with production and disposal, solar still remains a much cleaner source of energy, particularly when compared to fossil fuels like coal or gas.

That’s underlined by the solar-powered island of Tokelau. It’s expected that the island’s photovoltaic plant will slash some 12,000 tons of CO2 over the next three decades until the facility has to be renewed – an impressive feat, thanks to the sun.