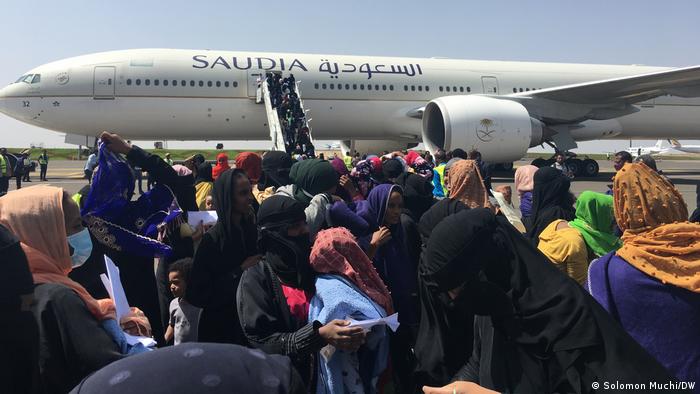 Abdela Mohammed spent 13 "unbearable" months languishing in an overcrowded Saudi detention center before being repatriated back to Ethiopia in May.

He was locked in a cell with about 200 others, he said. The detainees slept on the bare floor and were barely fed enough to survive.

"There wasn't enough food," Abdela said of his time in the Shmeisi Detention Center, east of Jeddah. "We only ate breakfast and the rice we were given wasn't even enough for a single mouthful."

The detainees were also denied medical care, the 31-year-old said.

"When we knocked on the doors to tell them someone was sick, they called us 'dogs' and told us to 'let them die'," Abdela recalled in an telephone interview from his hometown in Ethiopia's southern region, where he has been living with his family since his return.

He and other detainees called Ethiopia's embassy from prison, he recounted, but they "didn't help us."

"One day an embassy employee, who witnessed us being beaten up by the police [in detention], said to us: 'Let them beat you'."

No one visited us when we told them that someone was sick. When we informed them about the death of an old man, they refused to take his corpse and bury it."

Abdela despaired of making it out of the cell alive: "I thought I would never get out and be a human being again."

DW has tried to contact Ethiopia's embassy in Saudi Arabia for a comment but has so far been unsuccessful.

Solomon Belete spent even longer in detention. He doesn't want to talk about his 22 months locked up, other to say that it was "suffocating".

But the 33-year-old is happy to describe the dreams that sent him to Saudi Arabia in the first place: to build a family home for himself and his parents and save money to start a business back in Ethiopia.

A trained physical education teacher, he had spent several years looking for job at home after graduating from university. 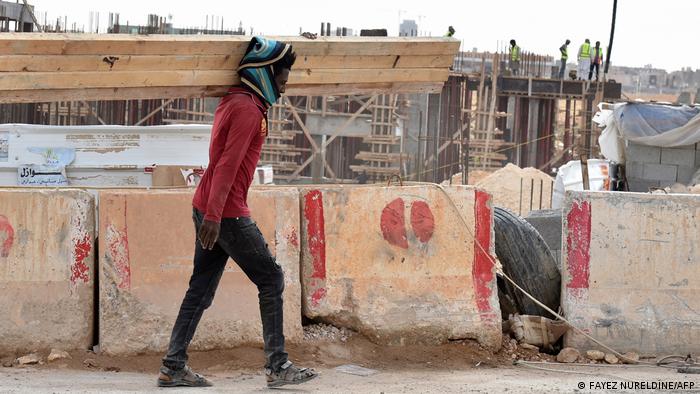 So when a friend living in Saudi Arabia told him it would be easy to get a driving job in the Gulf state, Solomon jumped at the chance.

“He told me: ‛You'll live in comfort driving rich people's car. You are well educated. It won't be difficult for you to get the driver's license'," Solomon recalls.

But Solomon was detained at the airport upon arrival and thrown straight into a deportation center.

Solomon and Abdela are two of at least 38,000 Ethiopians who have been deported from Saudi Arabia since March 30, 2022 when an agreement between the governments of the two countries came into effect.

More than 100,000 Ethiopian migrants currently detained in the oil-rich nation will be returned home under the agreement.

Saudi Arabia is a popular destination for Ethiopian migrants — with an estimated 750,000 of them residing in the Middle East country, according to the International Organization for Migration (IOM).

Of these, some 450,000 have probably migrated through "irregular means" and will need help to return home, the IOM said in a recent statement.

In the past few years, Saudi Arabia has carried out regular sweeps of undocumented workers, holding those arrested in large deportation centers.

Human rights organizations have been denouncing the conditions of these centers for years.

Detainees are "chained together in pairs, forced to use the floor of their cells as a toilet, and confined 24 hours a day in unbearably overcrowded cells," according to a 2020 Amnesty International investigation into the ill-treatment of Ethiopian detainees in the Middle East country.

"Pregnant women, babies and small children are held in these same appalling conditions," the investigation found.

In interviews conducted in 2020, detainees told Human Rights Watch that at a center in Riyadh, some 350 men shared two to five toilets and had no access to soap and showers.

Detainees also talked of being assaulted and beaten by guards, "especially when they asked for medical attention or complained about the conditions," the rights organization reported.

Perilous journey getting there

Before his last journey, Abdela Mohammed had twice worked in Saudi Arabia to earn money to support his family.

But perhaps a portent of the tribulations to come, this third time proved to be a nightmare. Four people died on the boat to Yemen from the heat, Abdela said.

Then at the border to Saudi Arabia, the caravan of Ethiopian migrants came under fire from guards.

When he eventually made it over the border, he picked up odd jobs, working as a goat herder, a day laborer and a bulldozer operator.

But he said, to the Saudis he was just a drudge: "They called me a dog and a donkey. I was insulted while working."

Then he was arrested laboring on a mango and avocado farm.

Little of promise at home

Ethiopia's government has put out a donor call for $11 million to help provide those returning with food, temporary accommodation, medical assistance and counseling services.

After more than a year locked behind bars, Abdela landed in Ethiopia with just the clothes on his back.

He was given bus fare to pay his way home to Alaba, a small town in a rural area of southern Ethiopia.

He has no plans to return to Saudi Arabia again, except perhaps to pray, said Abdela, a Muslim.

As for returnee Solomon Belete, he is one of those who urgently needs help.

He has come back to Ethiopia a broken man with a chronic health problem that started during his long detention.

"My body is trembling. I can't keep my balance. I never sleep well," he said. 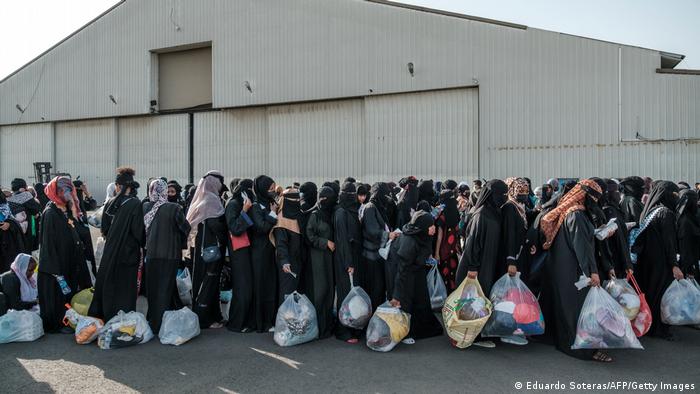 Human Rights Watch says Ethiopia should immediately release those they have detained without charge. It also wants Saudi Arabia to stop deportations.

How are Gulf countries coming to terms with their history of slavery?

Despite having officially outlawed slavery, Arab states in the Gulf region have downplayed the legacy of repression and racism faced by minorities. But some countries are taking the first steps to address the past.