The Danish government has unveiled a new anti-terrorist measures in the wake of two deadly attacks in Copenhagen. Denmark plans to invest $150 million in police and intelligence services. 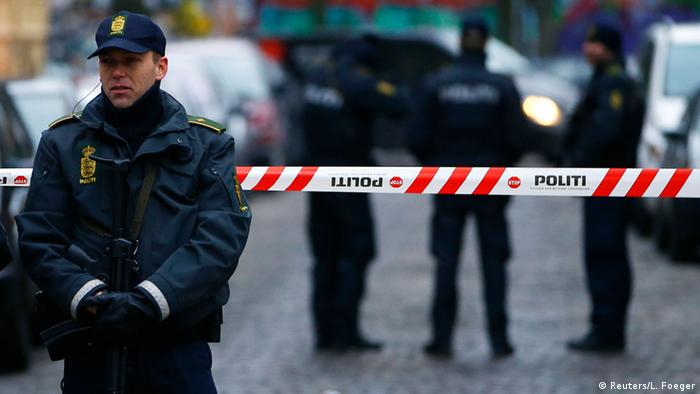 On Thursday, the Danish government announced that it would invest devote more money to anti-terrorism measures in the wake of a deadly attacks in Copenhagen over the weekend, which left two people dead and five police officers injured.

Almost half of the sum - 415 million crowns - has been planned for collection of information on terrorist threats from abroad. Emergency response, as well as security monitoring systems and an overall improvement in information technology will receive some 350 million crowns.

This plan aims to boost the ability of Danish authorities to track and analyze information on the Internet, including threats posted on social media.

Better protection for leading politicians and other dignitaries, improving emergency readiness and preventing the radicalization of inmates was also on the list.

New plan 'not the full solution'

Police officers were reportedly ill-equipped and trained to respond adequately to the weekend attacks, which took place over a period of 13 hours and included a manhunt.

"After the events of the weekend, we can see that there are additional challenges around equipment, bullet-proof vests for police officers, training," Lars Lokke Rasmussen, leader of the opposition Liberal Party, told journalists. "The new spending announced by the government is not the full solution," he said.

The Scandinavian country is still reeling from the weekend violence, which Prime Minister Helle Thorning-Schmidt called a terrorist attack.

The attacker, 22-year-old Danish native Omar Abdel Hamid El-Hussein, was known to the police due to his links to a gang in Norrebro. He had been convicted of assault and released from prison weeks before the shootings.

'Jews are on the front lines of this war'

After the fatal attacks in Copenhagen, Israeli Prime Minister Benjamin Netanyahu called for a 'mass immigration' of European Jews to Israel. DW spoke with two Jewish leaders about the threat to Europe's Jewish community. (17.02.2015)

Tens of thousands of Danes have attended a memorial rally in Copenhagen for the two victims killed in twin shootings on the weekend. The gathering took place near the scene of the first attack. (16.02.2015)