Local health officials have reported a number of patients showing symptoms of hemorrhagic fever and deaths in the affected area. The disease has resurfaced nearly 10 months after the end of an earlier outbreak. 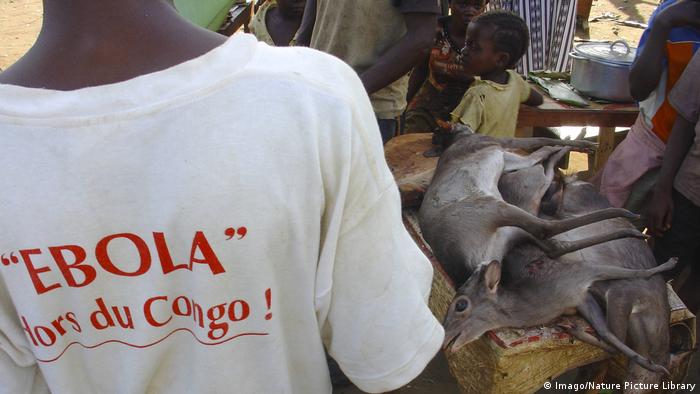 The Democratic Republic of Congo (DRC) Health Ministry confirmed on Tuesday two cases of Ebola in the country's northwest region, describing the fresh outbreak as a "public health emergency with international impact."

The confirmation comes after local health officials reported 21 patients showing signs of hemorrhagic fever and 17 deaths in the affected area.

Medical teams took five samples from suspected active cases in Bikoro in the northwest and two tested positive for the Zaire strain of the Ebola virus, the Health Ministry said in a statement.

The ministry has dispatched a team of experts to Bikoro to supervise and help monitor the situation to avoid further spread of the disease.

In Geneva, the World Health Organization (WHO) said it was working closely with the government in Kinshasa to "rapidly scale up its operations and mobilize health partners, using the model of a successful response to a similar…outbreak in 2017."

The UN health agency said it had released $1 million (€842,000) from an emergency contingency fund, set up a coordination group and deployed more than 50 experts to work with the DRC government and health agencies.

This is the ninth outbreak of the hemorrhagic fever in the DRC since 1976. The deadliest outbreak to date hit West Africa between 2013 and 2016, killing more than 11,300 people.