Greek lawmakers have adopted a "humanitarian crisis" bill. It’s the biggest package of social measures put forward by the new government so far. 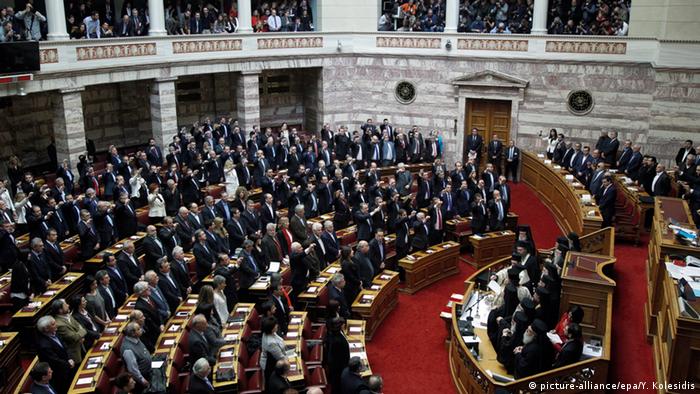 By advancing housing allowances and food aid, Greece's parliament has ignored apparent attempts from the European Commission to halt the emergency help. However, Prime Minister Alexis Tsipras (pictured) had insisted that his government would honor an election promise to end the crippling austerity imposed from abroad. The note of defiance comes ahead of an expected meeting on Greece's credit line with German Chancellor Angela Merkel, French President Francois Hollande, and Mario Draghi and Jean-Claude Juncker, the respective chiefs of the European Central Bank (ECB) and Commission.

"Let them keep their threats for where they work, not for this government and, more importantly, not for this people," Tsipras said of foreign leaders ahead of Wednesday's vote. "What can one say to those who would leave thousands to freeze in their homes without power?" he added.

Greece has struggled to keep up with its debt repayments, and has so far failed to convince lenders to release remaining promised funds. The creditors want to first approve a detailed list of reforms. Wednesday's anti-poverty bill - submitted despite objections from lenders - would provide assistance worth some 200 million euros ($213 million) to mostly jobless households considered in "extreme poverty."

"We are not behaving like small children," government spokesman Gavriil Sakellaridis told Skai television on Wednesday, "but we cannot tighten the belt any further on a population that has nothing left to give."

The vote comes amid tensions between Germany and Greece. The international Blockupy network has launched a series of anti-austerity protests at the grand opening of the ECB's towering new 1.3-billion-euro facility in Frankfurt. Some Greek politicians have countered Germany's calls for austerity with their own calls for reparations for Nazi atrocities.