A prominent Vatican official has decried the referendum in Ireland to allow homosexual couples to marry. Dublin's archbishop has said the Church needs to find 'a new language' with which to reach people. 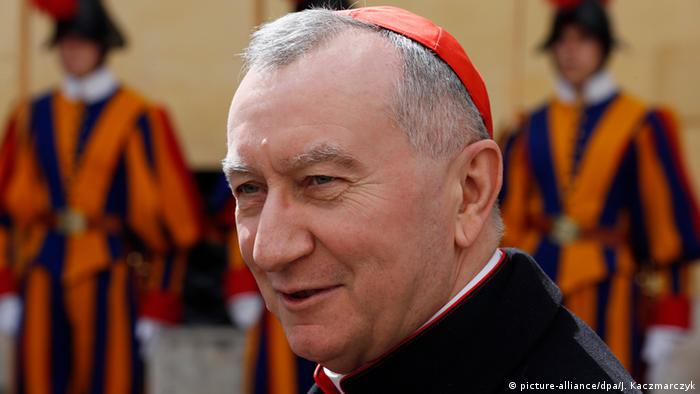 While neither the Vatican nor Pope Francis has made an official comment on Ireland's historical referendum to allow gay marriage, the highest level comment from the Holy See came late Tuesday when Secretary of State Cardinal Pietro Parolin (pictured above) called it a "defeat for humanity."

Speaking on Vatican radio, Parolin said he was "very saddened by this result." He added that in light of the referendum, the Church needed to focus on "its commitment to evangelization."

Parolin's comments highlight the shock that erupted from a landslide vote in traditionally Catholic Ireland allowing homosexuals to marry, only twenty-two years after homosexual acts were decriminalized.

The Vatican's daily newspaper "L'Osservatore Romano," said that the vote in favor of same-sex marriage is a "challenge for the whole church" that showed the "distance, in some areas," between Rome and society. The paper quoted theologian Cardinal Georges Cottier as saying that the one couldn't understand the referendum result "without taking into account the pedophilia scandal," that has rocked Ireland.

"The Church has to find a new language which will be understood and heard by people," Dublin Archbishop Diarmuid Martin told reporters after mass on Sunday.

Pope Francis has called on Roman Catholics "not to judge" homosexuals but has shown no sign of shifting church doctrine regarding homosexual acts.

The move by Ireland has boosted calls for wider rights for homosexual couples in other parts of the Europe, including Italy - the one Western European country which does not allow same-sex partners civil unions. Prime Minister Matteo Renzi has said he preparing legislation to create civil unions for gay couples. In Germany, which already allows civil unions, pressure is mounting on Chancellor Angela Merkel's Christian Democrats (CDU) to back down from their staunch opposition to gay marriage.

"One would think that what the Catholic Irish can do, we can do too," said CDU lawmaker Jens Spahn to Germany's "Die Welt" newspaper.

After Ireland's citizens voted overwhelmingly in favor of marriage equality in a historic referendum, members of Germany's Green party have called for the recognition of same-sex marriage in Germany as well. (24.05.2015)