Debate rages in Germany over Erdogan′s ′Turkish first′ comments | Germany| News and in-depth reporting from Berlin and beyond | DW | 01.03.2011

German politicians have had a mixed response to Turkish Prime Minister Recep Tayyip Erdogan's advice to Turkish immigrants living in Germany to teach their children their own language first. 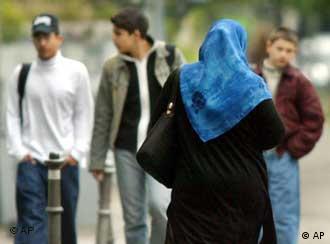 Germany's integration commissioner, Maria Böhmer, on Tuesday rejected a suggestion by Turkish Prime Minister Recep Tayyip Erdogan that the children of immigrants only learn German as their second language.

"The language of the country in which you're going to live in the long run has to be the priority," the center-right Christian Democrat (CDU) politician was quoted as saying by the Passauer Neue Presse newspaper.

But the chair of the Committee on Foreign Affairs in the German parliament, Ruprecht Polenz, was more open to Erdogan's stance. Polenz, also of the CDU, told the Frankfurter Rundschau newspaper that he hadn't heard anything worth criticizing in Erdogan's comments, especially since he had also encouraged his fellow Turks to focus on their education and careers in Germany.

"Many language experts stress that you have to master your first language before you can adopt the language of the country you live in," he said.

The first high-ranking member of the opposition Social Democrats also got involved in the debate on Tuesday. Martin Schulz, floor leader in the European Parliament, said Erdogan should not be conducting an election campaign in Germany.

"What Erdogan is doing has little to do with integration in Germany and a lot to do with propaganda for the domestic debate in Turkey," Schulz said, adding that the comments could be counter-productive for Turkey’s EU membership bid. 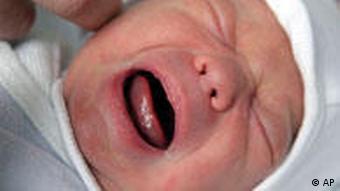 Erdogan on Sunday reopened the contentious debate on immigration, integration and assimilation during his visit to Germany this week, calling on Turkish immigrants and those people of Turkish origin living in Germany to integrate but not assimilate.

"No one should be able to rip us away from our culture," he said in front of a crowd of some 10,000 people in Düsseldorf. "Our children must learn German, but, first, they must learn Turkish."

While in Germany, Erdogan also revealed a plan to allow individuals with German passports but Turkish backgrounds to receive a card that would function as an identification card in Turkey and guarantee them the right to live in Turkey without actually being a passport. A reluctance to give up their Turkish passports leads some people to be unwilling to apply for German citizenship.

Böhmer said Erdogan's so-called "Blue Card" idea was an interesting proposal. "We support anything that helps integration in Germany," she said.

Klaus Wowereit, a leading member of the opposition Social Democrats and the mayor of Berlin, said such a card would make the German passport much more attractive to immigrants. "The reform that's been announced is an incentive that will help to minimize identity conflicts and promote integration," he said in a statement.

For Turkish-Germans who move, life in Turkey has its advantages

Thousands of Turkish immigrants settled in Germany in the 60s and 70s, answering Germany's need for workers. But some of their children and grandchildren are now reversing the trend - and choosing to move to Turkey. (18.01.2011)