For Turkish-Germans who move, life in Turkey has its advantages | Culture | Arts, music and lifestyle reporting from Germany | DW | 18.01.2011

For Turkish-Germans who move, life in Turkey has its advantages

Thousands of Turkish immigrants settled in Germany in the 60s and 70s, answering Germany's need for workers. But some of their children and grandchildren are now reversing the trend - and choosing to move to Turkey. 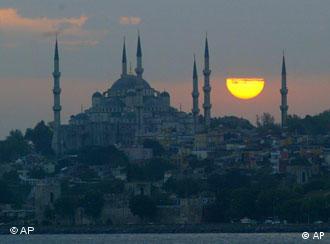 Working at a plastic surgery practice in the Istanbul suburb of Sisli, Saadet Simsit is on the phone with a potential new client. Three years ago, the 38-year-old left her German home city of Hamburg to settle in Turkey's largest city. Once there, her first move was to get cosmetic surgery.

"I got my cheeks tightened, got rid of the bags under my eyes, got rid of excess eyelid tissue, got my eyebrows lifted and got my eyes stretched a bit to the sides," Simsit told Deutsche Welle.

She now feels younger and fresher, she says. With her new face and her slim figure, she often finds herself the object of envy in Istanbul. Meanwhile, Hamburg, where she grew up, has some negative connotations in her mind. Especially ingrained in her memory is the moment when, as a child, she wanted to watch a group of street musicians.

"Suddenly an old lady grabbed my arm and said, 'Get lost, you damn Turk, foreigner, dirty immigrant,'" recalled Simsit. "And this really affected me - it totally ruined my state of mind. I went home and my mother asked me what had happened, and I said 'nothing' because I was scared."

Settling in Hamburg in the early 1970s, Simsit's parents were part of the last wave of Turkish "guest workers" ("Gastarbeiter") taken in by Germany. The year 1973 marked the end of the recruitment agreement signed by the two countries in 1961 as an effort to attract more laborers to Germany. Even though the plan was seen as a temporary situation - and most of the immigrants intended to eventually return to their homeland - many Turks ended up staying in Germany for the rest of their lives. 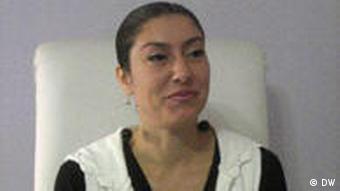 Simsit has started a new life in Istanbul

Simsit could never quite understand why her father wanted to leave his homeland. He claimed it was for reasons of employment and out of sheer curiosity.

"He actually didn't have to do it, because he had everything here - a job and everything," said Simsit. "But he went to work as a manual laborer at Blohm & Voss [a Hamburg shipbuilding company]."

Simsit's parents led a modest life in Hamburg and even today speak hardly any German. Simist herself managed to finish "Hauptschule" - a high school that offers lower-level secondary education - and went on to study fashion design and open her own modeling agency. She was on her way to success, but then she fell in love with a man who forced her to choose between him and her business, so she closed the agency.

The marriage eventually failed and Simsit got a job at a gas station, but one day it was burglarized and this was the moment she decided to move to Istanbul - a city she did not know, in a country whose language she did not speak fluently.

In Turkey she earns significantly less than she did in Germany. And her necklines are slightly higher; her skirts a bit longer.

"I do have to be a bit careful, because here you get approached [by men] very easily," said Simsit, adding that this problem was much rarer in Hamburg.

Not the only one 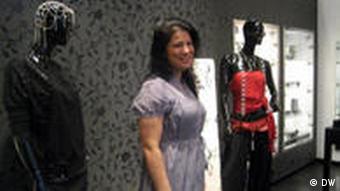 Karton sees job opportunities for herself in Turkey

Her experiences are similar to those of 34-year-old Ayse Karton - another German Turk. In October 2009 she moved from Hamburg to Istanbul and now sells jewelry in a shopping center.

"As a German Turk, you are seen as rich here - which of course isn't true, because I work for very little money," Karton told Deutsche Welle. She finds that she is often chatted up by men who hope to improve their financial situation through a relationship with her.

In Germany, she was never asked frequently or directly about her income. She also finds that it is hard to find a partner in Turkey for a woman in her mid-30s. But professionally she is in an advantageous position. In fact, a job offer in Istanbul was the main reason for her move.

"I could work as a store manager for a German company here and I took this offer up immediately," said Karton.

Working as a retail manager had always been her dream - a dream that she does not think would have been so easy to realize in Germany. But at the same time she is surprised to find that the Turks are not as open and laid-back as she had expected.

"In Germany I worked for a long time as a receptionist, and people there always smiled, even when they were annoyed," said Karton. "You don't have this here."

While Karton may not feel entirely at home yet, she cannot imagine going back to Hamburg at the moment, even though her family still lives there. Overall, she says, she does not regret her decision.