During his visit to Germany, Turkish Prime Minister Recep Tayyip Erdogan has unleashed a wave of angry reactions within the German political scene. Erdogan said Turkish children living in Germany should learn Turkish first, then German - directly contradicting Berlin's stance that the German language is the key to integration.

The Turkish prime minister called for integration, but rejected assimilation, which he believes would impair the cultural identity of Turks living in Germany. Erdogan has also cleverly cautioned against Islamophobia whilst drawing comparisons to anti-Semitism, referring to it as a "crime against humanity."

Erdogan has profited from many years of mistakes in Germany's integration policy. The fact that most Turks fly the Turkish flag and only a few fly the European flag or the German and Turkish flags together says a lot. But one of each of the three flags sat on the chairs in the room. 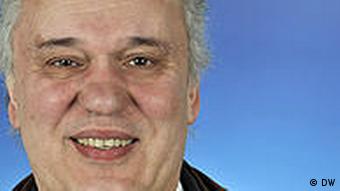 The nationwide integration chaos must be ended as soon as possible. But brave decisions are necessary while abandoning anti-Turkish action in election campaigns, of which there is no shortage in Germany. Otherwise the gap between the German majority in society and the Turks will get steadily wider, regardless of whether they were born here and are settled in.

It shouldn't be that President Christian Wulff is represented on the front cover of magazines like an Islamic leader, just because he described Islam as a reality in Germany. It shouldn't be that hate is preached in the German media and that Turks and Islam are misrepresented, while the benefits of the overwhelming majority of integrated people are swept under the carpet.

Turks should not be harassed when applying for an entry visa to be reunited with their families. They should not be discriminated against to the point of insult while people from other countries outside of the EU can travel in and out of Germany without a problem. And we cannot let Turkey's EU ambitions - based on treaties and other agreements - to be constantly called into question, simply because the Turks have different cultural or religious roots. That is unless the EU characterizes itself as a Christian club and foregoes the claim to be a political union based on common contemporary values.

The many integration summits and Islam conferences that take place in Berlin do not offer a sound foundation for effective policy. The federal government and states have to change direction. Issues like dual citizenship, the right to vote in Germany - at least at the municipal level - or the relaxation of entry visa requirements demands a courageous approach. Politicians must quit taking positions only for political gain.

No one should wonder, then, when Erdogan is celebrated as prime minister of all Turks living in Germany. Despite such events, well-integrated Turks are by far in the majority. Yet their desires cannot find an audience in Germany's political landscape. The integration debate reached the highest level of alarm long before Erdogan made an appearance in Dusseldorf.