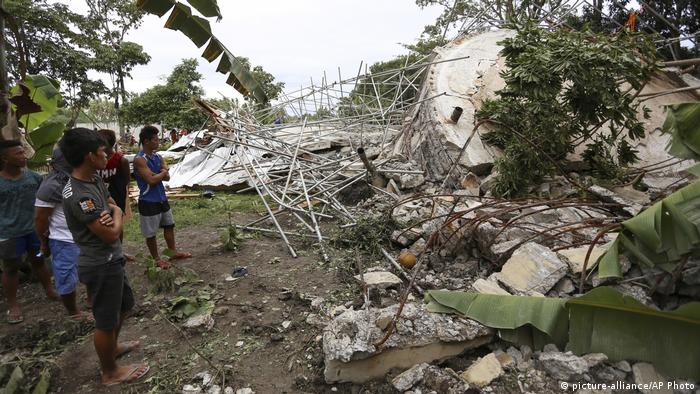 A 6.8 magnitude earthquake hit the southern Philippines on Sunday, striking 61 kilometers (38 miles) southwest of the coastal city of Davao, at a depth of 28.2 kilometers.

Rescuers pulled out two bodies Monday from a three-story building that collapsed in Davao del Sur's city of Padada. A third body could not be immediately extricated from the rubble due to remains trapped in slabs of cement, according to Pedro Caminero, the town mayor.

The search continues for at least seven people who are believed to be still trapped inside the building.

A total of 84 people were injured in the earthquake, officials said.

The building housed a grocery store, with some shoppers managing to flee as the ground shook. Several people were escorted out by rescuers with injuries. 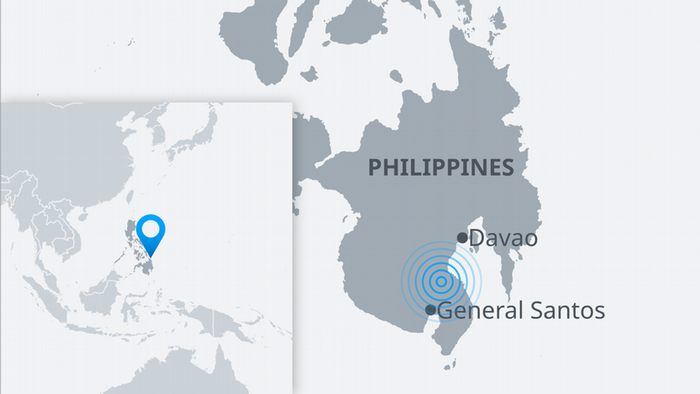 "They (rescuers) were attempting to check the rubble... the aftershocks were too strong," Lupaz said.

A 6-year-old girl died when the building she was in collapsed on her in the town of Matanao.  A woman in her 70s died from a heart attack during the earthquake, officials said.

"The shaking was different this time, it wasn't swaying. It's like a roller was rumbling by underneath," he told the DZMM radio network from an emergency shelter.

Patients were evacuated from hospitals as a precaution.

Initial reports had said the magnitude of Sunday's earthquake was 6.9. It was later revised down to 6.8.

The Pacific Tsunami Warning Center said there was no threat of a tsunami.

The epicenter of the tremor was south of the populous city of Davao on the southern island of Mindanao, the same island that was struck by a series of deadly quakes in October, which left at least five dead.

The Mindanao region, which covers a third of the Philippines, is home to around 22 million people.

The Philippines is located on the "Ring of Fire," a geologically active area that is regularly hit by earthquakes and volcanic eruptions.