The Syrian Observatory on Human Rights has said 20,000 people were killed this year in Syria's civil war. It's a record low in a conflict that has already claimed half a million lives — and that could flare up again. 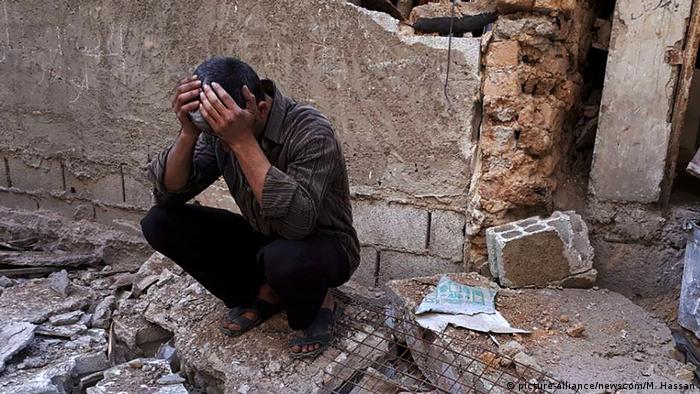 Around 20,000 people were killed in Syria in 2018, the eighth year of its ongoing civil war between the government of President Bashar Assad and rebel and jihadi fighters, the Syrian Observatory on Human Rights reported on Monday. Some 6,500 civilians were among the total killed, the group added.

Fighting has subsided in much of Syria as Bashar's forces, with Russian air support, recaptured much of the territory around Damascus that had previously been in the hands of rebel and jihadi fighters. Bashar currently controls around 60 percent of the country, the Observatory said.

The Britain-based Syrian Observatory, which closely monitors the conflict, said that nearly half of all civilians killed in 2018 had been killed in Russian airstrikes.

While the death toll is comparatively lower than in previous years, the United Nations (UN) said 2018 saw the largest wave of displacement since the start of the civil war, with more than 1 million people forced to flee their homes.

The largest death toll was 76,000 in 2014, when the so-called "Islamic State" (IS) jihadi group proclaimed a "caliphate" over large parts of Syria and neighboring Iraq.

In early 2018, the Syrian government launched a major operation to take back areas under IS and rebel control around the capital, Damascus, and in the southwest region of Ghouta.

Rebel and jihadi forces remain concentrated in the northern province of Idlib. 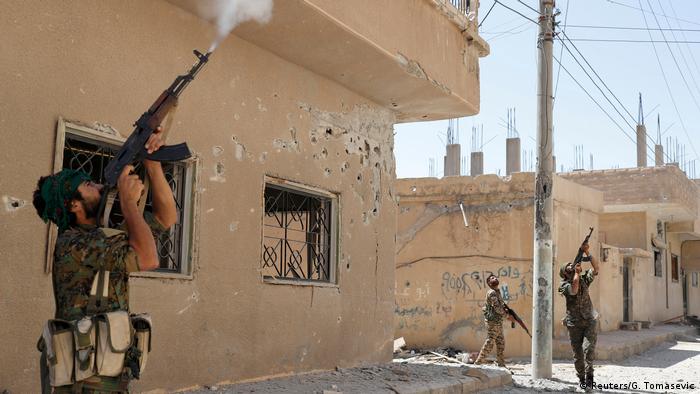 Kurdish rebel fighters (above) fire at an IS drone. They have also skirmished with Assad's forces.

The recent announcement of US troop withdrawal from Syria has raised fears that violence could flare up again in 2019 as Kurdish fighters face losing an ally in the fight against IS, as well as find themselves exposed to an intensified attack from Turkey, who considers them to be terrorists.

The UN has called on the Syrian government to provide information about thousands of detained and missing people. "Now is the moment" to provide the information, not after the war ends, a UN official said. (29.11.2018)

A Syrian war monitor has claimed Russian airstrikes in Syria have killed more than 18,000 people over the past three years. But Russia says the figure is actually closer to 85,000. (01.10.2018)

Angela Merkel has spoken with Turkish President Recep Tayyip Erdogan on Syria. The German chancellor highlighted the importance of exercising restraint as the US exits the conflict. (30.12.2018)