′Dear journalist! Your request has not been approved!′ | Europe| News and current affairs from around the continent | DW | 09.06.2021

'Dear journalist! Your request has not been approved!'

The sorry state of press freedom in Hungary: Independent journalists Veronika Munk and Szabolcs Dull on why their work has rarely been more difficult —  nor more important. 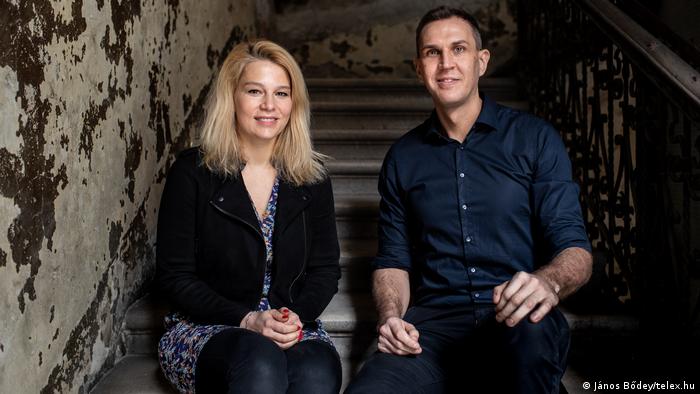 As independent journalists who have worked in Hungary for decades, we can confidently say that the free press in our country is not in good shape. Over the last ten years, ever more printed media, radio and TV stations are owned by people with connections to politics or politicians. The Hungarian media landscape has fractured into two distinct parts: Outlets linked to the governing party and ones independent of it.

The public broadcasting companies, funded this year by Hungarian taxpayers to the tune of about €325 million ($399 million), are basically a mouthpiece for the government. Moreover, several hundred private media outlets are concentrated in the centrally managed Central European Press and Media Foundation (KESMA), an institution with a pronounced government bias.

The Hungarian advertising market is also an area heavily influenced by politics: One of the biggest players placing advertisements in the media is the Hungarian state itself. Those deemed sympathetic to the administration are allocated advertising, while those classified as hostile are excluded and as a result can barely keep their heads above water financially.

Journalists do not go to prison in Hungary, and there have been no murders of journalists in recent memory — yet the work of independent journalists has rarely been more difficult. Not only do we have to struggle to maintain an economic basis for our work, but we also have to fight for access to information. Running up against brick walls when making inquiries in the public interest or requesting interviews is a constant; not getting answers is par for the course.

'Enemies' and 'opponents of the government'

In March 2021, Dunja Mijatović, the Council of Europe's Commissioner for Human Rights, stated in a report that the Hungarian government was brazenly categorizing independent media outlets as "enemies" and "opponents of the government", and dismissing journalists keen to uphold basic professional standards as "activists" and "Soros mercenaries" — wholly unacceptable, in her view. 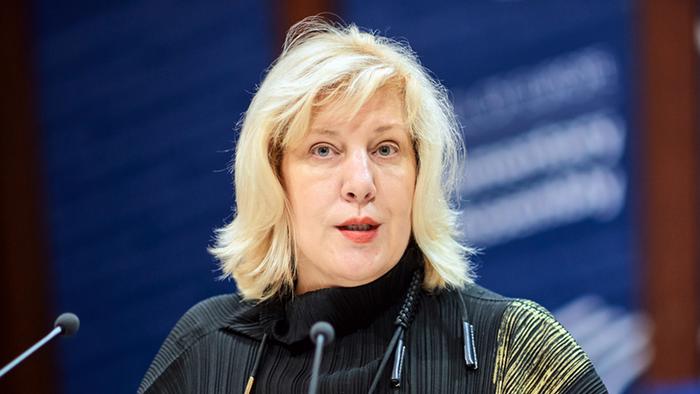 Dunja Mijatović, the Council of Europe's Commissioner for Human Rights

In theory, the Hungarian state is committed to freedom of information. Ensuring its prerequisites and conditions is enshrined in the Hungarian Constitution; likewise, that the state recognizes and protects the freedom and diversity of the press. But freedom of information and access to information is undoubtedly being curtailed in Hungary. Often, individuals, institutions, corporations, ministries and politicians who fulfill state and public functions simply refuse to respond to media requests.

During the pandemic, it has become especially important to provide people with information and to remind them of the reality of the situation, especially in a country where many still claim that the virus does not exist. In Hungary, the government's coronavirus task force does not answer questions from the independent news portal Telex; we can't gain access to hospitals; the ambulance service hardly ever responds to queries, and health care workers are simply forbidden from speaking freely to journalists. 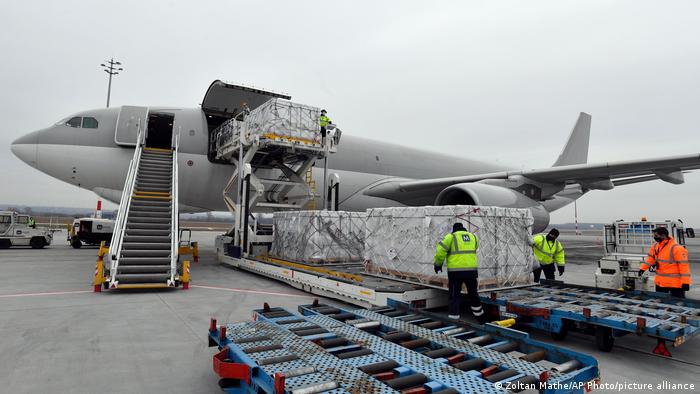 The first batch of the Sinopharm-vaccine arrives in Hungary, Tuesday, Feb. 16, 2021

When 28 Hungarian newsrooms — Telex among them — demanded that the government allow them to do their journalistic work in the health sector, the head of the government's communications department, Zoltán Kovács, replied tersely that "the point of hospitals was healing, not filming. The national corona headquarters informs the general public on a daily basis. Yet leftist portals continue to spread fake news, discrediting the Hungarian healthcare system."

We are fully aware that health care facilities are currently in a state of emergency. Our goal is to show the reality, the heroic steadfastness of health workers, the hundreds of human tragedies that play out daily, as well as the joy that follows recovery. In short, we simply want to document the reality of this historic situation.

Not only is the Hungarian press currently experiencing painful cutbacks, but the ability of people in Hungary to access information is also being increasingly impaired. The shrinking media space is limiting the freedom of all of us and weakening democracy. That is why we, together with our colleagues, decided last autumn that we would dare to think big and launch a large, independent, free news portal. That's how Telex was born.

Thousands demonstrated for freedom of the press

In June 2020, one of us, Szabolcs Dull, at the time editor-in-chief of Index, then Hungary's media outlet with the widest reach, was sacked for protesting against outside pressure. Veronika Munk, the deputy editor-in-chief, quit a day later — along with more than eighty colleagues. 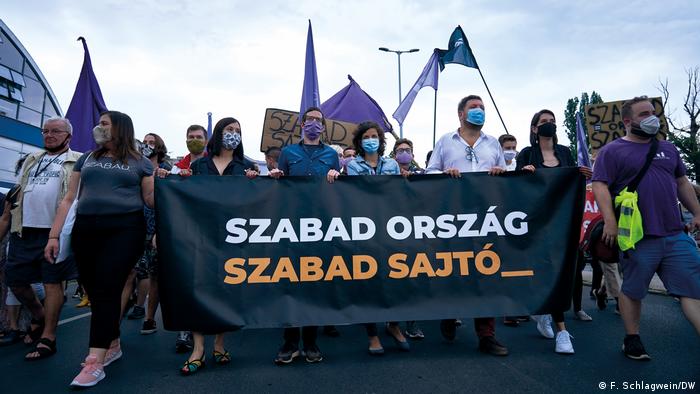 Demonstrators in Budapest after the dismissal of Szabolcs Dull, editor-in-chief of Hungary’s largest news site Index.hu

Never before had a dismissal and a resignation attracted so much public attention. After the mass departure, many thousands of people demonstrated on the streets of Budapest for freedom of the press and mourned the loss of the medium that until then had credibly, quickly and accurately met their information needs around the clock.

In the blink of an eye, we became news ourselves. The fact that Hungary's most popular media outlet was going under for political reasons was seized upon by the world press, from the Washington Post to Japanese public television, the BBC to Deutsche Welle.

Not long after the entire editorial staff had left, Index recruited a new editorial team, and announced that Miklós Vaszily would be its new owner. He is a media manager who makes no secret of his links to the government. He has previously pressured several media outlets into towing the government line, and he has also been a director of public broadcasting. He had already been circling Index before Szabolcs Dull's dismissal.

We couldn't practice journalism under these conditions. We left Index and, thanks to donations from readers, founded a new medium — Telex, with which we produce correct and critical journalism for several hundred thousand interested people every day. We are transparent about how much money we have and what we spend it on. And we pride ourselves on producing journalism that is both neutral and independent.

Founded in the media environment currently prevalent in Hungary and — what's more — during a pandemic, Telex's success is an unprecedented and unique feat. No one has established such a large editorial office before by means of crowd funding alone. In the space of one month, we received one million euros.

Today, in Hungary, a country of ten million people, close to 700,000 people read our Telex portal every day, and so far more than 45,000 people have contributed with smaller or larger, occasional or regular sums to keep Telex running.

We didn't think we would get this far in just seven months. But we believed and still believe in ourselves, in a persistent and committed editorial team, in our supporters who prove month after month that they believe in us too. And we are especially pleased to have demonstrated one thing: just how many people in Hungary are prepared to demand genuine, high-quality journalism.