A large blast has hit Lebanon's capital city Beirut, with reports of casualties. The southern part of the city is known as a stronghold of the Hezbollah militant group. 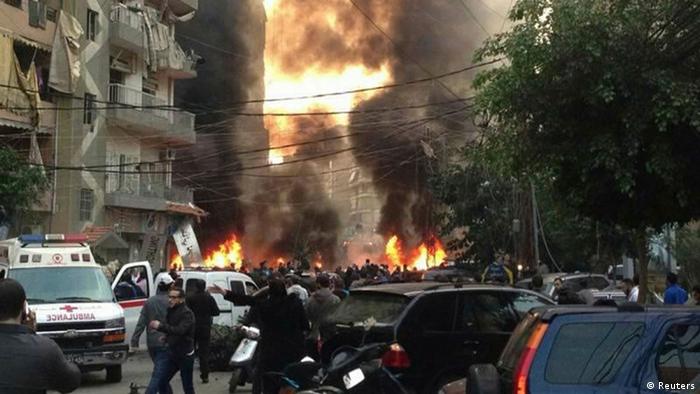 Witnesses reported smoke rising into the sky from the scene on Thursday afternoon, while Hezbollah's Al-Manar television aired pictures of emergency vehicles arriving. The Shiite group's broadcaster also showed footage of bystanders working to put out fires in cars near a building which had a badly-damaged frontage.

"The terrorist explosion targeted a densely populated residential area, just 150-200 meters away from Hezbollah's political bureau," Al-Mansar said. It reported that the building was not thought to have been the target.

Lebanon has been hit by a series of bombings over the past few months amid severe sectarian tensions over Hezbollah's support for President Bashar al-Assad in neighboring Syria. The Iran-backed group has sent fighters to assist Assad in an almost three-year conflict with mainly Sunni rebels attempting to overthrow him.

In December, Mohammad Chatah, a former finance minister and Lebanon's envoy to Washington, was among those killed in another bomb attack. He was on his way to a meeting of Sunnis and Christians who oppose Hezbollah and the Syrian regime.

Bombing near Iran's embassy in Lebanon

Suicide bombers have struck at the main gate of Iran's embassy in Beirut, killing dozens of people. Responsibility has been claimed by jihadist rebels in what appears to be a proxy attack linked to Syria's civil war. (19.11.2013)