David Chipperfield has shaped the face of the new Berlin. He told DW how he sees the city - and why architecture shouldn't be such a competitive sport. 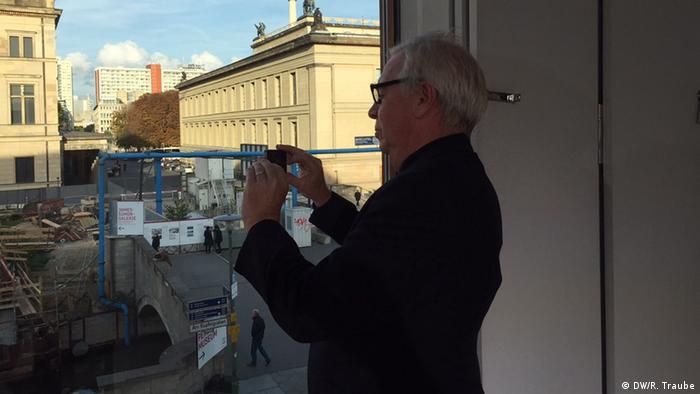 David Chipperfield's rebuilding of the New Museum is being celebrated and his ideas are flowing into the development of the Museum Island section of the city. Currently, he's working on the foyer of the museum ensemble in Berlin's historic downtown district and the renovation of Mies van der Rohe's legendary National Gallery.

DW's Rainer Traube, from the weekly culture show Arts.21, met up with the star architect in Berlin.

Why it's ok that Berlin is perpetually unfinished

At a time when you had the feeling that all cities are somehow done, Berlin feels like a work in progress. It's a city of gaps. Physical gaps and conceptual gaps. I think this is why people find it accessible.

Where gentrification is kept in check

Half of the street where I live is Plattenbau [Eds: A pre-fab building made of concrete slabs], and to be honest, it doesn't worry me at all because it respects the street structure. And there's a certain social continuity. If it was not a Plattenbau, it would be more susceptible to gentrification. But it has a certain resistance. There's not much gentrification you can do to Plattenbau.

On the construction boom in London

I'm not so worried about London from an architectural point of view. It's more to do with what it does to society. Basically we are sort of evacuating the center of the city. It's becoming a place for the rich and for shopping and eating. 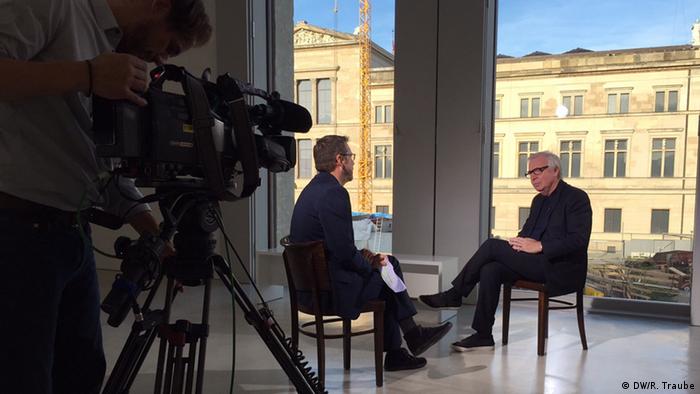 On his favorite places

I live in several places: London, Berlin, and I have a house in Spain, which is a great refuge. Do I feel comfortable standing here in front of the New Museum? Yes. Probably my most intense professional years have been my 15 years in Berlin.

Which purpose architecture should serve

There is a tendency to promote architecture which speaks beyond its limits. In other words, it has to become famous; it has to be an image as well as a reality. There is a danger when every building has to look spectacular, to look like it is changing the world. I don't care how a building looks if it means something: not to architects, but to the people who use it.

On competition among architects

The problem is that architecture becomes a sort of competitive sport. And in order for one architect to beat another to get a commission, an architect has to distinguish him or herself from the others. So you sort of start to have to have a brand - whereas, my feeling is that architecture should be about looking for things which we find in common, and building for society.

Conductor Kent Nagano tells DW why opera is relevant to you, and which hot-button topics are on this season's program in Hamburg. From Munich, he's now at the help in a city plagued by a delayed concert hall project. (22.09.2015)

Tents, containers and gyms - they are all commonly utilized for refugee accommodation, but are unsatisfactory according to a group of student architects. In response they have designed a range of creative alternatives. (07.09.2015)