In the novel, "The Circle," US author Dave Eggers depicts a world where a powerful, data-collecting Internet company is king. How close is this work of fiction, now also available in German, to the reality we live in? 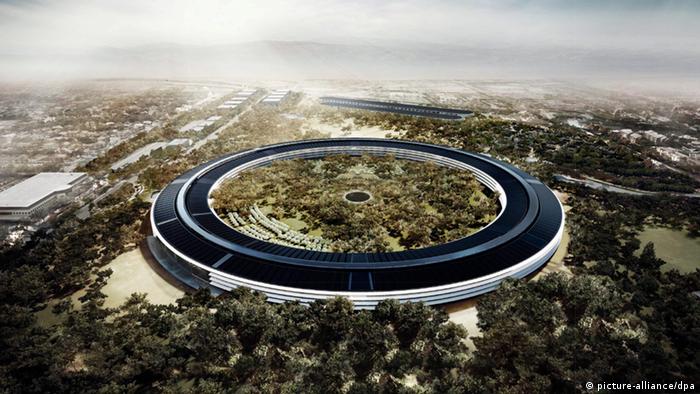 Google, Facebook and Apple are small fry compared to the Circle - an Internet giant, which is a search engine, social network and hardware manufacturer all rolled into one. It is the largest Internet player in the world, and its power reaches far into the private lives of the population. But to Dave Eggers' protagonist, Mae Holland, it all seems wonderful - at least at first.

When the novel begins, young Mae believes she has found the job of her dreams at the hip company, which has a number of catchy slogans, including "Secrets are lies, "Privacy is theft," and "Don't be evil." At first, Mae is almost overwhelmed by the elaborately-designed company philosophy, which demands unconditional transparency. Even the building itself is made of glass.

When Mae arrives at work on her first day, all her data - music, photos, messages - is copied from her laptop and smart phone onto the company's devices, which she'll be using from then on. All the information is secured safely in the company's cloud, protected by passwords generated by Circle computers. At this point in the story, it dawns on the reader that something isn't quite right. 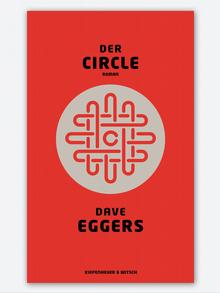 "The Circle" is available in German on August 14

Still, Mae makes the best of the situation and puts her faith into the benefits of unconditional openness, and other such values drilled into the Circle's workers every day. Participation is paramount, for example, and by letting others share your life and knowledge, you're bound to get something rewarding back.

Mae quickly learns it is crucial to be immediately available to anyone and everyone at all times. Even going to the bathroom without a mobile phone could prove catastrophic.

Mae's ex-boyfriend and "analog" counterpart tries to warn her about the dangers of the company: "The tools you guys create actually manufacture unnaturally extreme social needs. No one needs the level of contact you're purveying. It improves nothing. It's not nourishing."

This fear of permanent contact "is the perfect recipe for permanent interpersonal catastrophes," said Eggers in an interview with the newspaper, "Frankfurter Allgemeine Zeitung." And, as can be expected, the story indeed involves all kinds of catastrophes - most of which are filmed through tiny cameras, recording everyone and everything to post online immediately. Before long, there are no more secrets, everyone is visible to everyone else, everywhere, and those who defy this "openness" face the prospect of being killed. 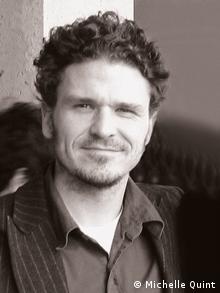 Using literary themes of death, love, sex and power, "The Circle" makes for an exciting read. And even though it is just fiction, the reality created in the novel will resonate with readers. It brings to mind the very real fear of the power of Google & Co. - of what is perhaps already possible, but what we can only cautiously hint at, because we know very well that we ourselves are the ones helping big Internet players acquire such power.

"Of course you can fight these developments," said computer scientist Stefan Ullrich. "In the end, technology doesn't just happen. It is actually used and manufactured by people. The question is whether people want to fight back."

But for many people, the idea of being constantly monitored can be somewhat comforting.

Ullrich, who heads the "Information Technology and Ethics" research group at Humboldt University in Berlin, is especially interested in another question raised in the novel. He asks whether the technical gimmicks Eggers describes are even possible.

"Just the fact that the batteries in the all-seeing 'SeeChange' cameras last for two years - that's fantastic! But the astonishment over these fictional technologies grows when you check Wikipedia and realize that these have already existed for a long time."

According to Ullrich, Eggers' novel is "tremendously important to initiate social debates," and that the writer's warning comes ahead of political and social changes.

Progress the vision of terror 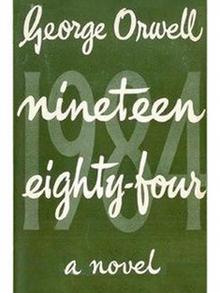 "The Circle" is often mentioned in the same sentence as the two most famous horror scenarios depicted in 20th-century literature - Aldous Huxley's "Brave New World," about people who are bred, cloned and conditioned, and George Orwell's classic "1984." Published at the end of the 1940s, the dystopian novel is also about total surveillance.

In Orwell's world, there's the authoritarian government called "Big Brother." In Eggers' novel, it's a company that has the power. The difference is that the people couldn't fight against the oppressors in "1984." But there is something people can do to curb the all-pervading power of data-collecting Internet groups and intelligence agencies: stop feeding them.

The jury tasked with picking the best German-language novel of 2014 has unveiled a long list of its 20 favorite titles. The list will be narrowed to six finalists before a winner is announced in October. (14.08.2014)

Google has begun "forgetting" Europeans. The California-based Internet company is complying with a May legal ruling that has granted Europeans the power to have certain information about them removed from searches. (26.06.2014)

More than 12,000 requests have been filed with Google to be "forgotten". DW looks at what it means for the company and the local authorities that will have to deal with the demands to be expunged from the Internet. (02.06.2014)