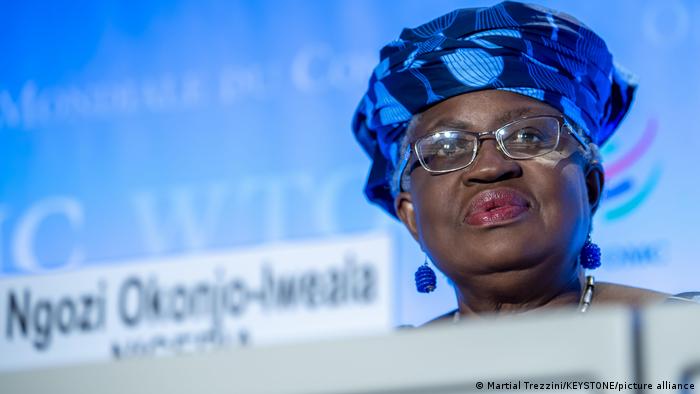 "I am coming into one of the most important institutions in the world and we have a lot of work to do,'' she told reporters in Geneva. "I feel ready to go.''

Okonjo-Iweala takes over as the global trade body struggles to remain relevant amid growing protectionism and trade tensions and an economic crisis unleashed by the coronavirus pandemic.

From reviving WTO's dispute settlement process to policing China, the new director-general has her task cut out as she looks to restore global faith in the trade body.

"What it [the WTO] needs is someone who has the capability to drive reform, who knows trade and who does not want to see business as usual. And that is me," she said.

Okonjo-Iweala said her top priority would be to deal with the economic and health fallouts of the pandemic. WTO members should accelerate efforts to lift export restrictions on medical supplies and vaccines.

"The WTO can contribute so much more to helping stop the pandemic," Okonjo-Iweala told Reuters news agency. "A very top priority for me would be to make sure that prior to the very important ministerial conference ... that we come to solutions as to how the WTO can make vaccines, therapeutics and diagnostics accessible in an equitable and affordable fashion to all countries, particularly to poor countries,"

The global trade body's dispute settlement process has been left crippled since December 2019 when the Trump administration blocked the appointment of new members to WTO's Appellate Body after blaming it for overreaching its mandate. The administration's action meant the crucial panel, the supreme court for global trade disputes, did no longer have the minimum number of members needed to hear a case.

The WTO, which has hardly produced any international trade pacts due to a lack of consensus between discordant members like China, India and the US, relies heavily on its dispute settlement system for a much-needed credibility boost. With the trade referee on life support, countries have got a free pass to slap tariffs on each other.

Although the European Union and other WTO members, including China, have put in place an interim appeals arrangement, Okonjo-Iweala would like to bring the US back on board.

"It should be possible to address its concerns about overreach by the body, as there is broad agreement among WTO members on the need for reform," economists at ING Group wrote in an article.

There have been calls from WTO members, including EU members and China, to reform the Appellate Body which has been criticized for taking too long to rule on disputes and its tendency to focus on issues not necessary to resolve a dispute.

US President Joe Biden's administration, which gave its "full support" to Okonjo-Iweala's candidature, has yet to take a decision on reviving the Appellate Body, which incidentally has invited the wrath of successive US administrations.

The WTO, which was set up in 1995 to facilitate global trade by reducing tariffs and fostering predictable market conditions, has seen its role as the guardian of global trade undermined amid a rise in protectionism globally.

In 2019, governments introduced trade restrictions, including tariff increases, stricter customs procedures, and the imposition of import taxes and export duties, on $747 billion (€615 billion) worth of global imports, the highest since 2012, prompting businesses to postpone investment and hurting growth, job creation and purchasing power around the world, the WTO said.

Protectionist tendencies have also been on display during the pandemic with governments unilaterally closing borders and hoarding medical supplies, including vaccines, for their own populations.

"It will not be easy because we also have the issue of lack of trust among members which has built up over time, not just among the US and China and the US and the EU ... but also between developing and developed country members, and we need to work through that," Okonjo-Iweala said in an online press conference after her election.

Lisandra Flach, the director of the ifo Center for International Economics, described Okonjo-Iweala as experienced in matters of finance and development and capable of soothing tensions between countries.

She said mediating today's difficult relations among WTO members calls for political acumen — a key skill that Okonjo-Iweala possesses — because the director-general can implement reforms only if the members are willing to back them.

Critics of the WTO often give the example of China, which has seen its economy boom since it became a member in 2001, to highlight the global trade body's failure. They say Beijing has for long hoodwinked the WTO members with its market-distorting, state-driven capitalism.

The WTO has also failed to police China for its intellectual property offenses that involve companies sharing sensitive technology as a prerequisite for investing. The global trade body's outdated classification method means that China, the world's second-largest economy, continues to enjoy concessions by classifying itself as a "developing country."

"Progress on these issues will be difficult, but China agreeing to give up developing economy status in exchange for recognition as a market economy might be the basis of a deal," the economists at ING Group said.

China is currently classified as a "non-market economy" for the purposes of anti-dumping investigations, which means that prices of Chinese goods are compared to prices in other countries to determine whether dumping is taking place, they wrote.

The WTO would also need to speed up the process to come up with regulations to deal with the rise of new trends such as e-commerce and digitalization.

WTO chief: Why the choice of an African woman is a big deal

Former colleagues of Ngozi Okonjo-Iweala speak highly of the economist as she prepares to become the next director-general of the World Trade Organization. Her tenure begins during turbulent times.