At least 48 people have been killed and many more wounded in ethnic violence in Darfur. The violence comes less than a week after a peace agreement between the government and rebel groups in the restive region. 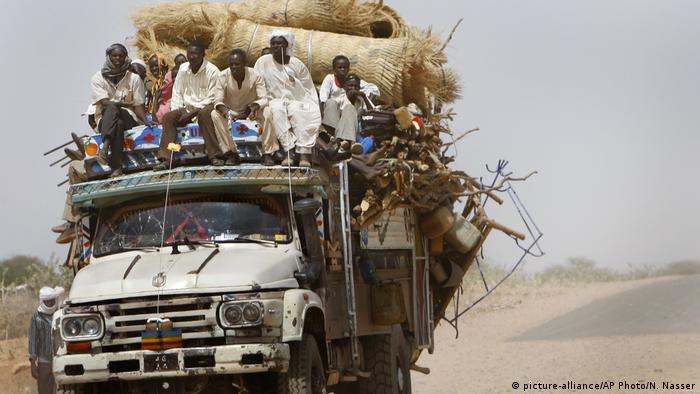 At least 48 people were killed and more than 200 injured in tribal fighting in Sudan's conflict-ridden Darfur, the Red Crescent reported Thursday.

Fighting between Arabs and Masalit, a non-Arab ethnic group, erupted Sunday around El Geneina, the capital of West Darfur state, and lasted until Monday.

The fighting reportedly broke out after a row between two people, which led to Arab militiamen raiding camps for the internally displaced.

"Our tents were set on fire. We have no food and only the clothes on our back and there are bodies littering the ground," one woman told AFP news agency by phone. She had fled the Krinding camp for displaced Masalit people.

The government imposed a curfew across West Darfur on Monday and launched an investigation into the fighting. Troops were deployed to El Geneina in an attempt to reinstate order.

Residents of El Geneina said security forces were patrolling the streets in the city and that fighting had subsided.

"This morning the situation is calm," the Red Crescent said in a statement.

Separately, a transport plane crashed on Thursday after taking off from El Geneina. The plane was reportedly carrying humanitarian aid to the residents affected by the conflict. A source at El Geneina airport told Reuters news agency that there were about 20 people on board, including three crew members, and all had been killed.

The ethnic violence poses an early challenge for Sudan's transitional government less than a week after it signed a deal with rebel groups, aimed at ending decades of violence in Darfur that has killed 300,000 people and displaced some 2.5 million.

Earlier this week, rebel groups said they would suspend their peace talks with the government in response to the tribal clashes and called for an investigation.

Bashir remains wanted by the International Criminal Court on charges of genocide, war crimes and crimes against humanity in Darfur. He is currently behind bars in Sudan for corruption after being ousted in a coup in April following weeks of pro-democracy protests. The Sudanese military, however, has said it would not extradite Bashir to the ICC.

A military-civilian government now rules the country. One of its top priorities has been to end conflicts in several parts of the country, including Darfur.

The members of Sudan's security forces tortured and killed a teacher protesting against the government. The teacher's murder is considered a pivotal moment in the run up to Omar al-Bashir's ouster. (30.12.2019)

Their previous relationship was dominated by civil war and violence. But the fall of Sudan's long-term ruler Omar al-Bashir is changing the country's relationship with South Sudan – to the benefit of both nations. (15.11.2019)