Dany Laferrière: the one who plays with words | Culture| Arts, music and lifestyle reporting from Germany | DW | 03.07.2014

Dany Laferrière: the one who plays with words

A Haitian writer and citizen of Quebec has been awarded the International Literature Prize by Berlin-based House of World Cultures. He achieved fame with his provocative writing on racism and sex. 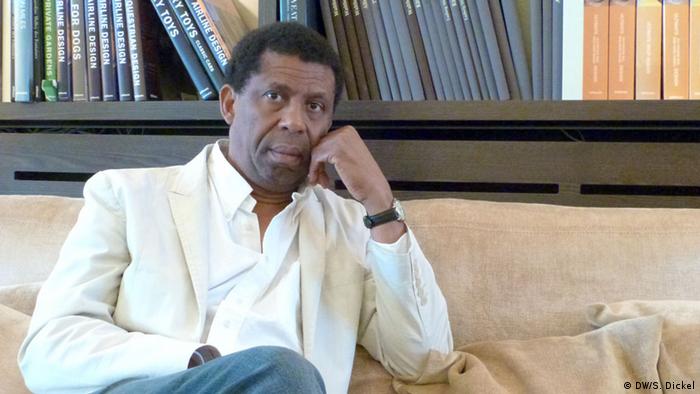 When asked about the whereabouts of his "true" hometown, Dany Laferrière doesn't need to give much thought to his answer: "Berlin - but only for four days." He smiles. Born in the Haitian capital of Port-au-Prince as Windsor Kléber Laferrière on April 13, 1953, Laferrière (who is now 61) grew up in the town of Petit Goave, equally in Haiti. But he feels at home just about everywhere in the world.

At the age of 23, he fled the regime of former dictator Jean-Claude Duvalier, commonly known as Baby Doc, to live in Montreal, Quebec. Later he spent time in Miami, to return to Montreal in 2002 where his wife and children have made their home."My own home is in airplanes," he says. The author travels extensively in order to present his works around the world. "Of course I miss my family. But I love meeting people from other countries. And I love learning new things." 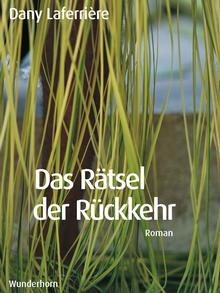 German version of "The Return"

For now, that's a stopover in Berlin, where Laferrière was awarded this year's International Literature Prize by the Berlin-based House of World Cultures on Thursday (03.06.2014), for his novel "The Return" (L'enigme du retour). This is the only work of his which so far has been translated into German - which is why, so far, Laferière is hardly known in Germany.

"We went for it because it's a highly personal book," explains Sabine Peschel of DW, who is also a member of the jury."It's all about loss, death, confrontation; life in its most basic, naked form."

And it's about homeland. Laferrière describes his return to his native country following the death of his father, who went into exile when the author was only four years old. Laferrière travels to Port-au-Prince in order to inform his mother that her husband has passed away. And although Laferrière had never developed a close relationship to his father, he now follows the elder Laferrière's footsteps all the way to his place of birth while getting in touch with old friends of his father.

But during this trip, Laferrière also becomes aware of his total alienation from his home country after having spent 30 years in exile. Now and again, the narration switches from prose to poetry, expressing its own peculiar style - yet another reason the jury picked it.

The first book – a second birthday

"Everything in the book is true. It's like a photograph of the situation in Port-au-Prince. Perhaps not all the details really took place on precisely these dates, but the details in themselves are absolutely true," says Laferrière. And yet, he adds, the book does not really recount his life, but rather the history of Haitians who, like him, fled the impoverished country. 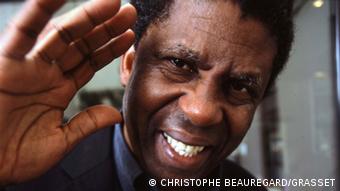 Tough challenges awaited Laferrière in Montreal. For years, it was difficult for him to make ends meet. The breakthrough came with the publication of first work "How to Make Love to a Negro Without Getting Tired" (Comment faire l'amour avec un nègre sans se fatiguer) in 1985.

"This was almost like my second birthday," he remembers. The book was quite successful. "I always hoped that one day, a girl would say to me: Hey, are you the author of this book? As though I were a rockstar." Nowadays, Lafferière laughs about his yearning for fame in his youth. "Ultimately, one writes because one happens to be a writer."

Following this first success, Laferrière continued to produce works heavily focusing on topics such as discrimination, racism and sex. A particular milestone in his career was the movie "Heading South" (Vers le Sud) starring Charlotte Rampling, which was adapted from three of his short stories. It's about old white women travelling to African countries in the search for young black lovers.

Laferrière writes exclusively in French, and he is the first Haitian and the first citizen of Quebec who was nominated as a member of the French language watchdog Académie Francaise.

He does not, however, intend to turn the world into a better place, he says: "I am a writer, simply because I love playing with words. No, I do not want to too much responsibility ascribe to my poor little scribblings."

When Islamists began wrecking Timbuktu's cultural heritage Abdel Kader Haidara put his own life at risk to save hundreds of thousands of manuscripts. Germany has honored him with its Africa Prize. (24.06.2014)

The most important prize for children's books, the Astrid Lindgren Memorial Award, goes to Sweden's Barbro Lindgren. Every Swedish kid knows her work, which could now get an extra boost with the accolade. (02.06.2014)