When Islamists began wrecking Timbuktu's cultural heritage Abdel Kader Haidara put his own life at risk to save hundreds of thousands of manuscripts. Today he receives the German Africa Prize for his efforts. 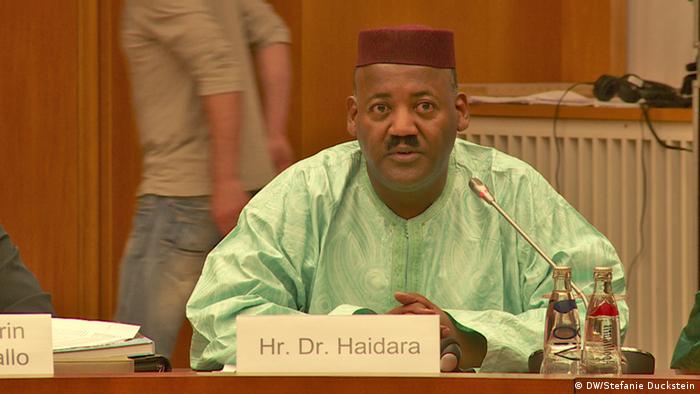 Abdel Kader Haidara smiled as he welcomed the news that he would be awarded the German Africa Prize, earlier this year. Dressed in green, traditional garments, there is an air of tranquility about him. Yet the head of the privately funded Mamma Haidara Memorial Library in Timbuktu was capable of going to extremes, including putting his own life at risk, in order to help save the region's ancient manuscripts.

"It isn't about me personally", Haidara said. "I only played my role. We know how important and how fragile cultural heritage is. Once a manuscript has been destroyed it is lost forever". A building, for example, could be rebuilt, Haidara believes, but a document with the knowledge it contains could never be recovered. "That is why I devoted myself to this cause. Not for myself, not only for Mali, but for all of humanity," he said.

Haidara saved close to 500,000 manuscripts from destruction by Islamists over a period of 18 months. The German Africa Foundation has now honored him with the 2014 German Africa Prize. Haidara's response is modest. "This is a huge honor, not only for me, but for the all people who worked with me as well. It is a big honor for our country Mali. It makes me very proud," he said.

German foreign minister Frank-Walter Steinmeier announced the name of the prize winner at a meeting in Berlin in June, which had been called to discuss further plans for the Timbuktu manuscripts' preservation. 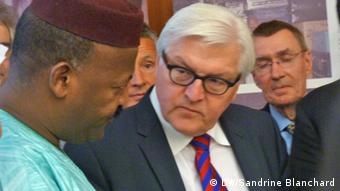 On being shown some of the documents, Steinmeier said he had a lot of respect for what Haidara had done. "I myself and many people in your country are so very happy that you have saved this heritage for your country's future," he said. The minister described the rescue of these works of literature by Haidara and a group of assistants as a "great achievement."

'Africa has a written culture'

The oldest of the manuscripts Haidara salvaged date back to the 11th and 12th centuries when Timbuktu was a thriving trading post. This was a city where a great amount of cultural exchange took place, where the greatest intellectuals from the Arab and Muslim world would meet and keep written records of their discourses. The most recent manuscripts were drawn up in the 20th century when Mali was a French colony. The older manuscripts were hidden from the European occupiers and were then largely forgotten. Only when Mali became independent did the world rediscover these historic documents. They were added to UNESCO World Heritage list in 1988. "A lot of people were surprised because they had been told - even at school - that there were no written African historical records", Abdel Kader Haidara explained. "But we have hundreds of thousands of these documents in Arabic and in African languages." 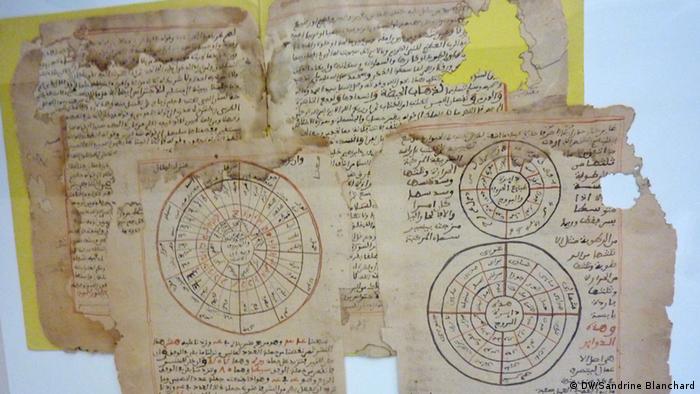 By 2012 Haidara had catalogued hundreds of thousands of manuscripts. He runs an NGO called SAVAMA-DCI (Sauvegarde des Manuscrits et la Defense de la Culture Islamique) and has been trying to save the ancient documents from insects and the ravages of time.

From 2012, however, there was an even bigger threat to the manuscripts. Islamist rebels from the Movement for Oneness and Jihad in West Africa (MUJAO) occupied Timbuktu spreading fear and terror across the city.

As soon as they started destroying mausoleums, Haidara realized the manuscripts were in great danger. He got in contact with families who were in possession of the manuscripts and with together international partners – such as the German embassy in Mali – arranged for the transfer of the manuscripts to a safe place in the capital Bamako. This was a very dangerous undertaking that could have cost them their lives if they had been caught by the Islamists.

The documents had to be transported over thousands of kilometers. "We fetched the manuscripts during the night. We hid them in ordinary metal boxes which we concealed under conventional commercial goods", said Sane Chirfi Alpha, one of the co-founders of SAVAMA-DCI who helped to rescue the manuscripts, close to half a million in number.

Some details of this operation are not going to revealed to anybody – not even to German foreign minister Frank-Walter Steinmeier. "There are things I can talk about, but there are others which must remain secret", Haidara said. The Malians had sought advice from experts in Switzerland who were familiar with similar situations in Afghanistan and Iraq. Their advice was not to give away all the details so as not to endanger future rescue operations.

A new library for Bamako?

The manuscripts are now being stored in Bamako, where they are exposed to a different kind of danger, the high level of humidity in the Malian capital. The manner in which they are being preserved at the moment – stacked on top of each other in metal boxes – will eventually lead to the papers being damaged with the passage of time. This is why the Malians need help from abroad. 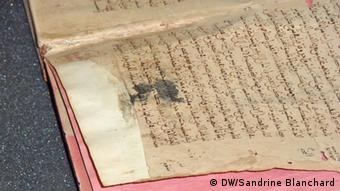 The logistical and financial requirements for the construction of a new library for the manuscripts in Bamako are huge. The Malian state has estimated that 8 million euros ($10.9 million) would be needed to restore and preserve the manuscripts.

Islamists would have destroyed them, but they were smuggled to safety. The medieval manuscripts from Timbuktu are now being restored with the help of a German university. (10.06.2014)

Thousands of valuable ancient manuscripts were threatened when Islamic rebels burned down a library in Timbuktu in January. Now Germany is helping Mali rescue and preserve its cultural treasures. (01.03.2013)

The MUJAO Islamist group in Mali has said that it has killed a French hostage captured in November 2012, "because France is our enemy." The French government said it could not confirm the claim, but would investigate. (23.04.2014)