The MUJAO Islamist group in Mali has said that it has killed a French hostage captured in November 2012, "because France is our enemy." The French government said it could not confirm the claim, but would investigate. 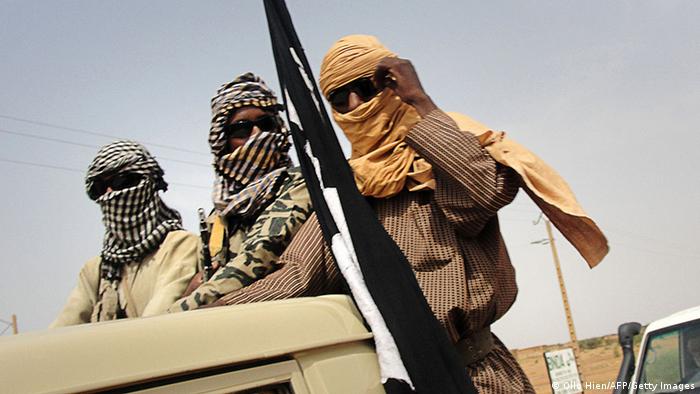 A French foreign ministry spokesman said on Tuesday night that Gilberto Rodrigues Leal was feared dead after the claim from al Qaeda-linked fighters in Mali. The MUJAO, a French acryonym which in English means "Movement for Unity and Jihad in West Africa," group told the French AFP news agency earlier on Tuesday that "he is dead, because France is our enemy."

Gilberto Rodrigues Leal was kidnapped in November 2012 while travelling in Mali and Mauritania. The MUJAO spokesman, Yoro Abdoul Salam, spoke to AFP by phone. When asked for more information like a time or place of death, or evidence such as a photo, AFP reported that Salam said "in the name of Allah, he is dead," before hanging up.

The government in Paris responded cautiously, but admitted to fearing the worst.

"The statement from MUJAO, responsible for his kidnapping, leads us unfortunately to believe today that Mr. Rodrigues Leal is probably dead, even though no material proof can allow us to confirm it," foreign ministry spokesman Romain Nadal said.

President Francois Hollande's office said that the man, who would be 62 now, had probably died several weeks ago owing to the "conditions of his detention." Officials had previously speculated that he might be dead, after a year passing with no sign of life or ransom demands.

"France will do everything to get to the truth … and will not leave this act unpunished," the president's office said in a statement.

One other Frenchman kidnapped in November 2011 in the north of Mali is still missing and believed to be alive. Serge Lazarevic was seized by Mali's other major Islamist fighters, members of al Qaeda's north African group AQIM. French Foreign Minister Laurent Fabius had said on Sunday that Paris had indications he was still alive.

Both MUJAO and AQIM were heavily active in Mali's civil war, which also involved ethnic Tuareg fighters seeking independence for a region in northern Mali they call Azawad. As the Tuareg rebels were increasingly sidelined by the Islamist forces in the north, and amid signs that the rebels were preparing to move on the capital Bamako, France agreed to dispatch troops to help the military leaders.

French soldiers helped push Islamist troops out of several northern towns, in a military mission involving around 5,000 troops at its peak. Though gradually withdrawing its forces, Paris plans to keep at least 1,000 troops in the short term, alongside a UN peacekeeping mission.