The Danish train operator DSB has canceled its trains to and from Germany. The firm said it was taking action after migrants seeking to enter the country had refused to leave a train. 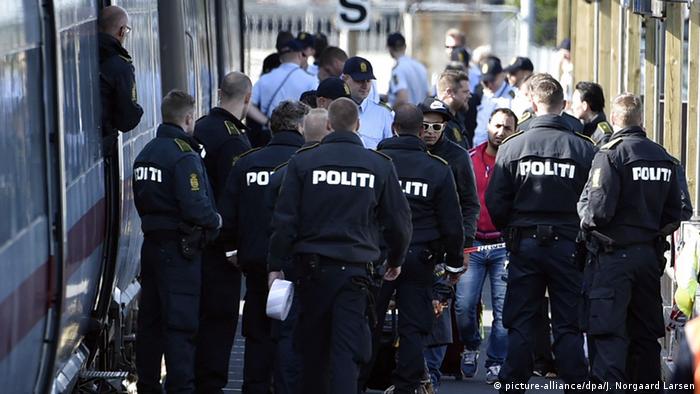 DSB said it was suspending its train services between Germany and Denmark for an unspecified time. The company said the action had been taken after hundreds of migrants refused to leave a train in a town on the border with Germany.

The Danish rail firm's decision followed a request from Danish police, as authorities struggle to process the influx.

Police said some 200 people at the port of Rodby, on the island of Lolland, had refused to leave two trains. Rather than be housed in Danish reception centers, the migrants asked to continue to Sweden, saying they had family or friends there.

Danish authorities have said the migrants will either be registered in Denmark or returned to Germany.

Danish police earlier on Wednesday closed part of a highway near the German border, as some 300 migrants tried to reach Sweden on foot. The migrants, who had been housed in a school in the southwestern town of Padborg, said they wanted to head to Sweden, which has more generous asylum rules.

"We are trying to talk to them and tell them that it is a really bad idea to walk on the motorway," a Danish police spokeswoman said. She added it was unclear if it would be necessary to use force to get the group off the highway.

As well as canceling the Rodby train service, DSB halted all trains through Padborg.