An Australian judge has ordered internet service providers to hand over the details of customers suspected of downloading the film "Dallas Buyers Club." Australia ranks among the world's top unlawful downloaders. 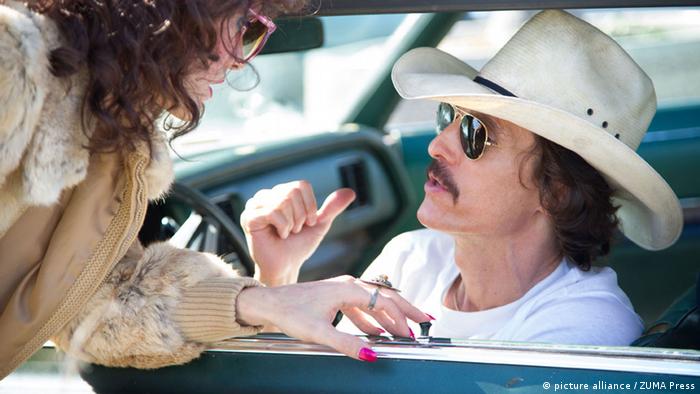 The Federal Court of Australia ruled on Tuesday that six internet service providers (ISPs) must release the details of over 4,700 customers, suspected of illegally downloading and sharing the 2013 American movie "Dallas Buyers Club" online.

The details are of customers associated with internet protocol (IP) addresses supplied by the movie's copyright owner, Dallas Buyers Club LLC. It told the court the IP addresses were used to share their film using BitTorrent, a peer-to-peer file-sharing network.

Justice Nye Perram ordered the ISPs to hand over the customers' names and home addresses, but said he would have to first review a draft of any letter sent to the account holders.

A lawyer representing the studio welcomed the ruling.

"Australia is one of the jurisdictions with the highest rate of unauthorised downloading and this is a first step from a copyright owner to try to change that balance," said Michael Bradley of Marque Lawyers.

"We are living in a digital world and the reason why people are breaching...copyright is not that they want to be criminals but that the content providers are not providing the sorts of services that customers want," Budde told news agency AFP:

ISPs are due to release an industry code this week, ordered by the Australian government last December, that includes warning customers who breach copyright laws. A new bill proposed by the government seeks to allow copyright holders to force ISPs, through a court order, to block websites that provide access to the copyrighted content.

"Dallas Buyers Club" tells the mid-1980s story of a Texas electrician who discovers he has AIDS and a month left to live. Lead actors Matthew McConaughey and Jared Leto won Oscars for their performances. The Australian case returns to court on April 21.