Daimler looks into emissions after US request

Daimler said it started an internal inquiry of its emissions certification process after possible irregularities. The carmaker has rejected claims by US owners that their BlueTEC diesels emitted too much nitrogen oxide. 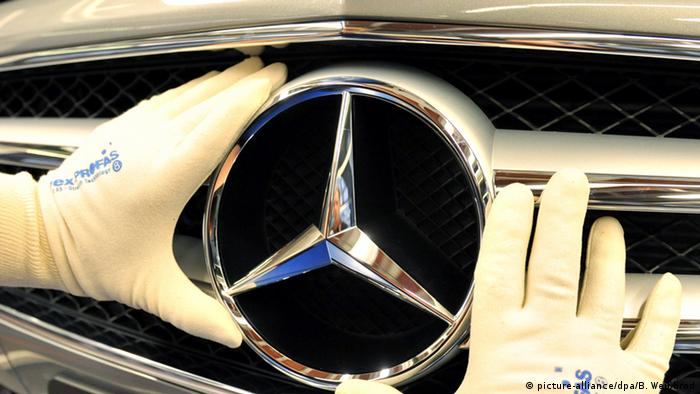 Daimler issued an obligatory notice to markets early Friday, saying it was "cooperating fully" with American authorities and would pursue "possible indications of irregularities."

The Stuttgart-based carmaker was conducting its own internal investigation into its certification process for exhaust emissions, Daimler added.

US BlueTEC owners recently filed a class-action lawsuit in Illinois, alleging that their cars' electronics were illegally programmed.

Last September, Volkswagen admitted that hundreds of thousands of its diesel-engine automobiles had software installed designed to defeat US emission tests.

On Thursday, VW and US authorities reached a deal to compensate US owners of some 500,000 affected vehicles.

The Daimler notice contained an admission that it had been told confidentially by the US Justice Department on April 15 to examine its internal certification process in consultation with US investigators.

Making the matter public had been coordinated with the US department, said Daimler, adding that it had learned from past dealings with US authorities to keep its communications "conservative."

Referring to the class action by owners, Daimler said their lawsuit's claims were without merit and the Justice Department investigation was unrelated. 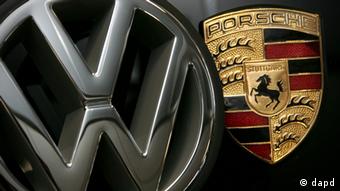 The European Automobile Manufacturers' Association (ACEA) said early Friday that despite the scandal Volkswagen (VW) had a 22.2 percent market share in the 28-member European Union in March.

That was down 0.7 percentage points, year-on-year.

Volkswagen, whose brands also include Audi, Skoda, Seat and Porsche, retained a leading position in the EU by a wide margin, the ACEA said.

Second was France's PSA Group with a 10.5 percent market share.

PSA, the maker of Peugeot and Citroen cars, said Thursday that five of its premises had been raided by France's anti-fraud squad as part of a probe into emissions.

In Japan on Friday, Mitsubishi Motors' shares nosedived for a third day in response to its shock admission that it had cheated on fuel-efficiency tests.

France's anti-fraud squad has raided the premises the PSA Group, the carmaker behind Peugeot and Citroen brands, as a part of a probe into car emissions. The raid was prompted by testing "anomalies," investigators say. (21.04.2016)

It's not just Volkswagen: it's all car manufacturers that are cheating on emissions, if activists are to be believed. European parliamentarians now want to get to the bottom of what's been coined 'Dieselgate.' (02.03.2016)